As the curtains slowly draw to a close on the legendary careers of Ronaldo and Messi, the current season has given us more than a glimpse of the future talent that is to come. While the duo of Mbappe and Haaland have earned many plaudits, we have been blessed with the quality of new entrants such as Pedri, Sergino Dest and Jude Bellingham. Even the promising potential in Foden, Chiesa and Mount is starting to unravel. It only makes sense that we size out the scintillating talent the new stars of football have to offer. Here’s our best current World U-23 XI.

Stats: Updated as of 18 April, 2021 (except for major achievements) 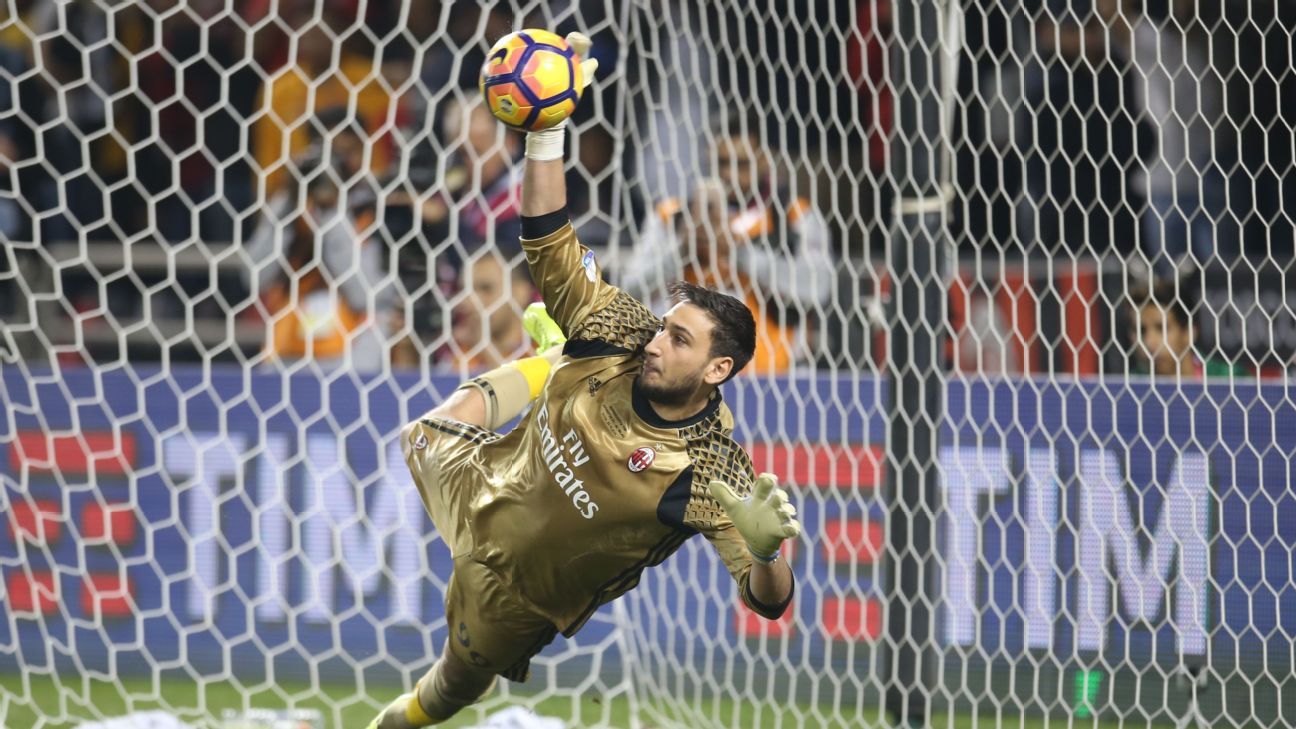 It feels like Gianluigi Donnarumma has been playing for years, doesn’t it? A formidable figure in AC Milan’s rebuild and a key player in the quest for a title challenge after some difficult years in the Serie A, this 22-year-old has already stacked up more than 200 career appearances so far. Standing tall at 6’4”, his flexibility and quick reflexes make him one of the top goalkeepers in the world even when compared to his experienced counterparts.

Trent Alexander-Arnold has been a salient member of Liverpool’s English and European dominance for the past couple of years. Under Klopp’s guidance, he has shown that football can be played with high creativity coming from a full-back. His dynamism, ability to deliver pin-point crosses and quickly switch play across the field undoubtedly make him the first pick at right back. At only 22, he has won the Premier League, the UEFA Champions League and has broken the record for most league assists by a defender in a season – a feat many greats have only dreamed of even during the peak of their careers.

The youngest footballer to ever captain Ajax and to lead them to a domestic double, Mattias De Ligt has proven his mettle even as a young 21-year lad. His move to Juventus has definitely shown that he needs some time to adjust, but there is no doubt that he will prove that “form is temporary, class is permanent”. Almost a perfect build for a centre back, his strength, athleticism, aerial prowess and leadership make him someone who’ll continue to impress in the top-level of European football for years to come.

An ever present rock in City’s defence this season, Ruben Dias has quickly established himself as one of the best defenders in the world. He played a vital role in City’s 28 game unbeaten run, as he marshalled a defence that kept 19 clean sheets and conceded only 9 goals. In addition to being a vocal leader, the Portguese international commands good positional awareness, impressive passing, strong aerial and tackling skills, all of which make him a perfect center back. For all of City’s extensive spending on their defence, he may well be the pick of the bunch.

A story for the ages, Alphonso Davies’ journey from a Ghanian refugee camp to a coveted European sextuple with Bayern Munich is inspirational. The young star impressed the Bavarians during his time in the MLS, and has already amassed 8 major trophies, an incredible achievement for a 20-year old. He is the second youngest player to have played in the MLS and the youngest player to appear for the Canadian men’s national team. Nicknamed the “Roadrunner”, Alphonso’s pace and dribbling ability, combined with his strength in tackling, make him one of the most exciting full backs to watch. 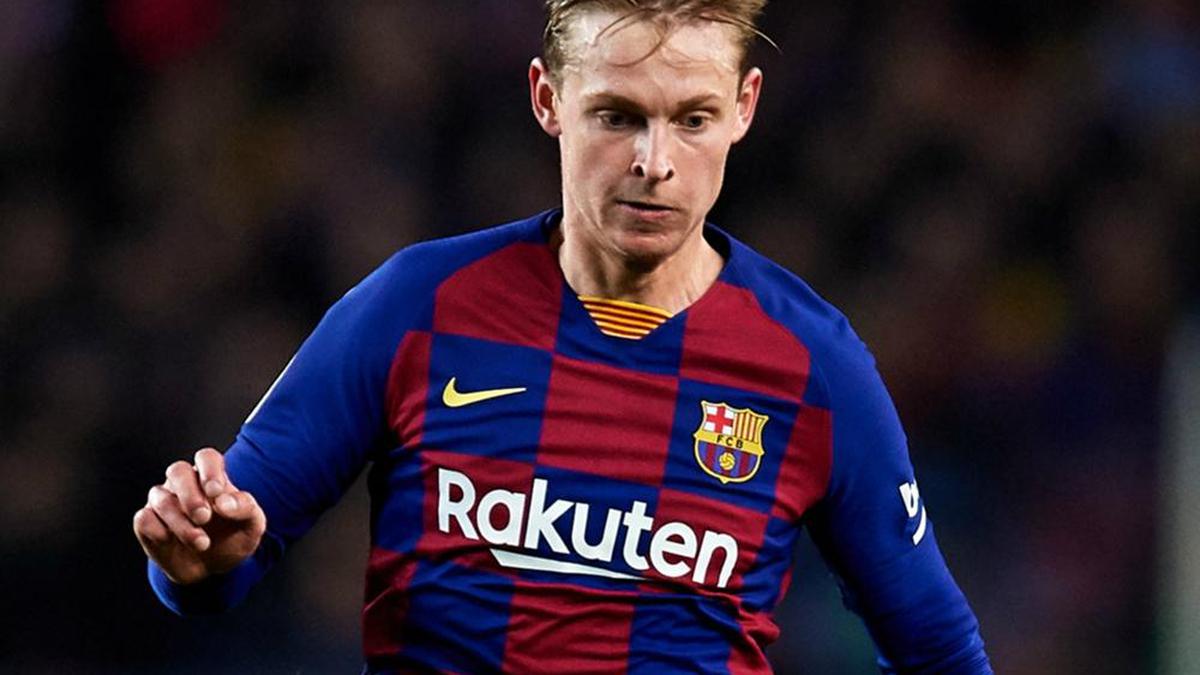 Frenkie de Jong is a technically gifted player with high football intelligence. He is an extremely versatile midfielder who can easily dribble through traffic, drive forward or even drop deep and move the ball fluidly in transition. His attributes in tackling and positioning have also made him a useful asset at center back. A crucial figure in Barcelona’s campaign this season, de Jong fits ever so well in their tiki-taka style of play.

Even with a star-studded midfield of Kroos, Modric and Casemiro, Federico Valverde has found a starting spot at one of the world’s best football clubs. In an injury stricken Real Madrid, Zidane has also opted to use him as an inside forward which clearly portrays the youngster’s all-round ability on the pitch. An industrious and dogged player, he has been a key cog in Madrid’s fight to retain the La Liga title in 20/21.

Considered by Pep to be the most talented player he has ever seen, Phil Foden has had a breakthrough season after two years of tough love. The Englishman’s assortment of attributes include his dribbling, mean finishing, positional versatility, and ability to make perfectly weighted passes, all of which make him a remarkable talent. And what’s more is that Pep believes Foden can be “10 times more extraordinary” – Wow!

After an average start to the season, Jadon Sancho has rekindled his form of last season, registering impressive performances in 2021 – 6 goals and 6 assists in 10 appearances. A highly creative and technical player, his dribbling and pace compounded with his execution of killer balls make him a threat going forward. The former Manchester City youngster, in partnership with Haaland, has largely carried Dortmund’s attack this season. And having got the right tutelage at Dortmund, he looks well poised to be one of the finest wingers of his generation.

While some suggest that Neymar Jr. left Barcelona to get out Messi’s shadow, others suggest that he came into that of Kylian Mbappe at PSG. A World Cup winner’s medal and 8 domestic trophies to his name, Mbappe is a golden boy – a generational talent! His blistering pace, ruthlessness and temperament in front of goal are any defender’s worst nightmare. The foremost valued player in the world who can play anywhere across the frontline, it is only a matter of time before he wins the Ballon d’Or.

Nicknamed “The Terminator”, Erling Haaland has quickly become the hottest property in the world. With every team salivating over the prolific poacher, Haaland seems destined for long-term global dominance. His physical strength paired with his speed and athleticism have earned him 39 goal involvements in 36 appearances, which is ridiculous if you come to think of it.

The World Under-23 XI