France's World Cup star, Benjamin Parvard, has denied that he and Bayern Munich have agreed on a deal. The defender, who currently plays for Stuttgart in the Bundesliga, burst onto the scene at the 2018 World Cup and has already attracted heavy interest from the likes of Bayern Munich and Liverpool. However, Sky Sports claim the youngster has denied recent allegations suggesting that he's already agreed to join Bayern Munich. 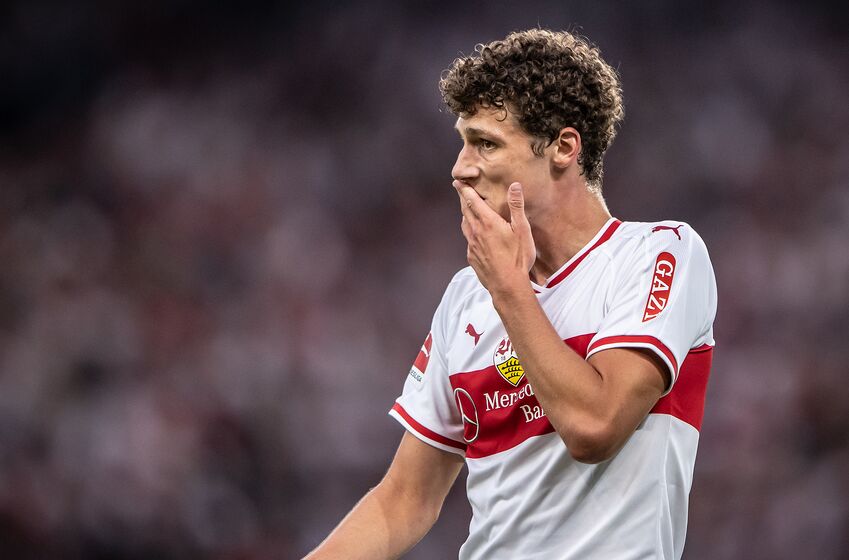 Parvard in action for Stuttgart who he joined from Lille in 2016. (Bayern Strikes)

As always, a good World Cup performances causes chaos in the transfer market and despite heavy interest from English and German clubs, the Frenchmen has remained at Stuttgart for the 2018/19 season. The 22-year-old spoke publicly to L'Equipe in regard to recent publications stating; "I did not sign anything at all (with Bayern). You are the journalists who say that I signed (for Bayern),"

While he has denied an imminent move to Bayern Munich, he has certainly not ruled out the possibility of a move abroad at the end of the current season. "I'm in Stuttgart, I'm fine there. My career plan was to stay one more season in Germany. I am in a very big German club, with fantastic fans. This club is a family, that's what I need and that's what I like about this club. I'm very good there." His contract is set to expire in 2021 and Stuttgart will be hoping to get some competition in the transfer market in January or next summer to push his price up even more. Liverpool and Arsenal will probably both be in the market for a versatile defender and Parvard might fit that bill.

Football fans, what are your thoughts on Benjamin Parvard and how much is he worth? Is he really as good as he's made out to be or have the media overreacted to his World Cup performances? Let us know what you think about his recent comments and whether or not he'll live up to expectations in England. Tweet us @AllOutFootball_ using #AOF to voice your opinion.