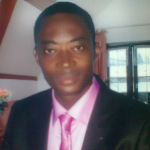 Chelsea failed to live up to expectations in the close season, as the club could not defend it’s Premier League title and also failed to make the top four.

This means the club has been condemned to Europa league football next season. Apart from Cesar Azpilicueta -who made the 23-man shortlist to represent Spain in Russia, the likes of Pedro Rodriguez, Cesc Fabregas, Marcos Alonso and Alvaro Morata were all snubbed by the national team manager.

Julie Lopetegui had the unenviable task of choosing from the country’s abundant pool of talents for his 23-man squad of players heading to the World Cup. The level of competition meant that any weakness or area of lack was enough to deny a player a place in the competition. While age was a factor to consider, and could have played a part in players like Pedro and Fabregas missing out, personal and club form was responsible for the omission of Alonso and Morata from the list.

Playing at the World Cup is every player’s dream. Missing out of the mundial could be devasting for some. Even though Morata came out to wish the team the best of luck on Twitter, it is clear he was disappointed he didn’t make it there. All one needs to know that is to look back at his usual reactions when substituted in matches for Chelsea. He usually did not hide his displeasure. His mood and actions like casting away his jerseys or water bottles, even kicking at the seat were common place.

All the same, leaving out Morata and his team mates would have been a much harder decision for La Furia Roja manager to make if Chelsea had won the Premier League like it did last season and played the kind of football we saw from Manchester City this season. But then, Marcos Alonso was in the PFA Team of the Year. Morata’s case was different as he could hardly be regarded as one of the London club’s best players this season. A series of injuries and even disciplinary issues limited his performance this season. Having started his career with the Blues on a bright note, the former Real Madrid and Juventus forward gradually faded away with the Spaniard now being linked with a move away from the Blues.

In many ways, the club’s form reflected Morata’s. so much was expected from Antonio Conte’s side after blowing the opposition away in the 2016/17 season. But those expectations were dashed as the club failed both to defend its title and qualify for the UCL. The club’s fans must be unhappy with this outcome.

But even more disappointed will be the club’s players. This is particular so for the Spanish players that failed to make it to Russia. At 30 and31, Pedro and Fabregas are not too old to make it to the World Cup, but Andreas Iniesta is 34 and made the list. Morata is in his prime at 25 and if playing for a club with the calibre of Chelsea he cannot make it to the World Cup, then what does he have to do? Go back to Real Madrid? Maybe so when you consider the fact that both Marco Asensio and Lucas Vasquez made the list.

Head-to-head, Morata had a better season than Vasquez in terms of pure numbers. The 26-year-old Madrid forward scored eight goals and made nine assists in 51 appearances for the club in the close season, but the Chelsea forward scored 15 goals and made six assists in 47 appearances for the club. So Morata’s snub must be more about the club he plays for than about his personal performance. Chelsea’s poor season affected the manager’s choice as Vasquez was successful in the Champions League with Real Madrid as well. But not even Marcos Alonso’s inclusion in the PFA Team of the Year could help him.

Do you think Morata should be on the plane to Russia with Spain? Let us know by commenting below or tweeting us!