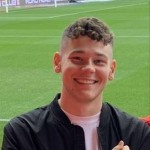 Chris Wood converts last-minute penalty in added time to cancel out a Raul Jimenez wonder strike. The result means that the home side Burnley, move ahead of Arsenal into 9th place whereas Wolves stay in 6th.

Wolves started the game promisingly and created the first chance of the game, with Raul Jimenez sending a tame header from Adama Traore’s cross, straight into Nick Popes arms in the 9th minute.

The away side kept knocking at the door and almost opened the scoring just minutes later when Joao Moutinho’s perfect corner found Romain Saiss free in the box. However, the Moroccan sent his header just over the bar despite being only three yards out.

No breakthrough yet but the chances have been there. #COYW pic.twitter.com/Dy4tHZzFJd

Despite some small fightback from Burnley, it seemed more likely that Wolves would open the scoring and again Nuno’s side almost went ahead before halftime after Diogo Jota latched onto Daniel Podence’s lofted through ball and fired his shot into the side netting.

Having been second best throughout the first half, Burnley came out in the second half a different team. The Clarets looked dangerous on the ball and were creating several chances from out wide via Dwight McNeil and Phillip Bardsley.

Despite the hosts domination of possession, it was Wolves who broke the deadlock when Matt Doherty’s shot deflected into the way of Jimenez and the Mexican smashed home a sensational volley to get his 26th goal of the season and to make the score 1-0.

9 – Only Mohamed Salah (10) has scored more Premier League goals in 2020 than Raúl Jiménez (9), while no player has scored more away goals in this period than the Mexican (5). Leader. pic.twitter.com/tAHgZvDC9v

From then on Wolves were pressing for a second and looked likely to get it with Nick Pope being called into action multiple times, keeping Burnley in the game.

Burnley almost equalised against the run of play when a long ball was whipped in to the back post and headed back across goal, taking Rui Patricio completely out of the game. The Portuguese shot stopper could only watch on with relief as Chris Wood sent his header narrowly wide of a gapingly open goal.

However, controversy struck just minutes later when Mike Dean pointed to the spot following a handball from Doherty. Wood, who missed a sitter just minutes before stepped up to take the kick and coolly guided the ball into the top right corner, leaving Patricio helpless and stealing a point for his side.

What a penalty from the big man! 🤩 pic.twitter.com/wR57fMYRt2

The decision seemed harsh considering Doherty was protecting himself from getting kicked in the head by Wood and might have been given as a foul to Wolves for dangerous play had it not been for the new handball rule.

The draw seems to have ended Wolves’ hopes of finishing in the top four and domestically qualifying for the Champions league. Unless there is a drastic loss of form for Leicester City and Man United, Wolves will have to look to win the Europa League if they are to qualify for the elite competition.

The point for Burnley gives Sean Dyche’s side a sniff of hope to qualify for the Europa league, as their six-game unbeaten run continues.

Wolves and Burnley play Crystal Palace and Norwich respectively in their next fixtures.