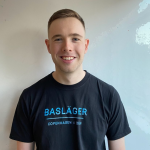 With the transfer window now officially open in Scotland, any deals that have been worked on since the curtailment of the season can now be formally activated.

For Hibernian, it has been a period of time dominated by discussion of their off-field decisions in light of the coronavirus pandemic. The Edinburgh club has reportedly entered into redundancy consultation with multiple members of its coaching staff.

On Friday however, Hibs fans began to get excited about what they can expect to see on the pitch ahead of next month’s new season as the club announced three new signings in a single day.

The first was 25-year-old winger Drey Wright, who joins on a free transfer having failed to agree a new contract with Premiership rivals St. Johnstone at the end of last season.

The Englishman adds necessary width to the Hibs side, with Martin Boyle and Daryl Horgan featuring as the only out-and-out wingers in Jack Ross’ side prior to Wright’s arrival in Leith.

Although Hibs have adopted different tactical styles since Ross took over in November of last year, often changing between a back three and a back four, it was apparent that wide reinforcements were needed if Hibs are to improve upon their 8th place finish last campaign.

Wright not only provides cover when the likes of Boyle or Horgan are injured, but also gives Hibs another attacking outlet when Scott Allan, the side’s chief playmaker, is struggling to really impose himself on a game – a far too regular occurrence in the eyes of Hibs fans over the past year or so.

While Wright is a very competent addition to the Hibs squad, the winger must ensure he improves his productivity if he has hopes of holding down a place in the starting eleven. With no goals and only one assist in 22 league appearances last season, it’s imperative that Wright contributes to goals if he’s to be a success at Easter Road.

One man who certainly has no trouble getting amongst the goals is Hibs’ second summer signing, Kevin Nisbet. The 23-year-old joins from Dunfermline Athletic for a fee of £250,000, having scored 18 goals in 25 appearances in the Scottish Championship last season.

With Marc McNulty heading back to Reading and Florian Kamberi’s future at the club seemingly dead in the water, it makes sense for Jack Ross to add to his striking options.

Despite a hapless start to his Hibs career, Christian Doidge proved to be one of the signings of the season in the Premiership last summer, netting 18 teams in all competitions for the Hibees.

With the addition of Nisbet, a player who has scored consistently for both Dunfermline and Raith Rovers, Hibs’ attacking threat could improve markedly. Should they receive quality service from the likes of Allan and Boyle, the pair of Doidge and Nisbet could form one of the Premiership’s most feared strike partnerships.

Scoring goals may now look like an easier task for this Hibs side, but it remained clear that work had to be done to ensure they conceded less frequently ahead of the new season.

Ever since the departure of Marvin Bartley, Hibs fans have grown more and more frustrated by the blatant absence of a steely enforcer in the centre of their midfield. Friday’s acquisition of Alex Gogić will go some way in alleviating those concerns.

The 26-year-old Cypriot gained plaudits for his no nonsense, hard-tackling style during his tenure at Hamilton Academical, and will provide some much-needed grit and defensive intelligence to the Hibs engine room.

The one doubt about Gogić’s arrival centres around his suitably to the tactical style adopted by Ross’ side. Hamilton were the team to see the least of the ball in the Premiership last season, with just 40% possession over the course of the campaign.

Hibs try and dictate the play as much as possible, particularly at Easter Road, where they enjoyed 55% possession over the season. Only Celtic and Rangers hold a better record at their home stadiums out of this season’s Premiership sides.

Undoubtedly, Gogić has displayed attributes that Hibs sorely lacked last season, but for him to be considered a success in the capital, he will have to display more technical ability than he was required to at his former club.

As of all transfers, none of Jack Ross’ new additions can be earmarked as a guaranteed success. They are all untested at a club of Hibs’ stature and will have to adjust to the strains and demands of playing in front of fans who crave success more than most in the country.

The three additions all bolster areas that needed addressed and are capable of providing a different dynamic to a Hibs side that underperformed last season. Should the manager be able to pad out his squad with a couple more quality signings, Hibs fans may begin look beyond a finish in the top six and start dreaming of another European adventure.

What (or who) could be the solution to Scotland’s striker situation?

The Weaver Wonders: How Father and Son Saved Harrogate Town

Aug 5, 2020 Thomas Lane
We use cookies to ensure that we give you the best experience on our website. If you continue to use this site we will assume that you are happy with it.Ok