Why TV companies are hurting the FA Cup 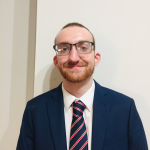 It is no secret that the FA Cup has fallen a long way since the days when it was the main event in every football fan’s calendar.  The competition’s stature has been in decline for several decades and, just as progress was starting to be made in rejuvenating supporters’ interest, it looks like the world’s biggest domestic cup competition is set to take another hit.

Although the biggest clubs no longer see the FA Cup as a worthwhile venture – at least in the early rounds – interest in the competition has recently been stimulated by the success of teams from the lower leagues.  The BBC and BT Sport have recognised this, with both channels giving coverage to one of the more intriguing ties from each round in recent seasons. This has helped boost the reputation of the tournament and allowed it to recover to an extent, as the clichéd ‘magic of the cup’ has been witnessed on a number of occasions.  After all, who could forget Warrington Town’s unlikely triumph over Exeter City in 2014, or Sutton United beating both AFC Wimbledon and Leeds before going down to Arsenal in 2017? All these matches were live on TV and were slowly prompting fans to rediscover their love of the tournament they grew up watching.

However, the last couple of seasons has been a different story.  The 2015-16 season saw Salford City given television coverage for their first round, second round, and second round replay games.  I find it difficult to believe this would have been the case, had it not been for the fact that Salford are owned by the ‘Class of 92’.  Similarly, last season Billericay Town had their first round replay against Leatherhead televised, despite Woking and Guiseley both having replays (and winning) against football league opposition.  While it is natural that there is interest regarding the likes of Salford City and Billericay Town, the disproportionate coverage given to these teams is having a detrimental impact on the FA Cup. When matches are being shown based on a team’s reputation rather than the likelihood of providing an entertaining spectacle, it is easy to see why the competition is seen as a second-rate tournament.  Of course, this is not the fault of the non-league giants themselves, but that of the broadcasting companies. Sadly, this is not likely to change, and you can be sure that this season’s TV selections will probably include Billericay, Salford City or even, God forbid, Hashtag United.

Not only is the bias towards non-league giants hurting the competition, it is having a detrimental effect on the non-league system as a whole.  Many teams rely on an FA Cup run each season to earn vital income which is used to keep them afloat or pay for a key signing. Therefore, giving much-needed TV money to a handful of teams – for most of whom it makes a negligible difference anyway – unbalances the entire system.  Billericay Town’s owner and manager, Glenn Tamplin, has been able to fund signings which most clubs at that level could only dream of, such as Jamie O’Hara, Jermaine Pennant and Paul Konchesky. Meanwhile, Salford City’s summer dealings have been borderline unethical as they have attracted Rory Gaffney, Nathan Pond and Devante Rodney in the National League, while also convincing Adam Rooney to depart Scottish Premier League Aberdeen in order to join them.  To top it off, they let go their joint managers who had delivered multiple promotions at the end of last season in order to appoint Graham Alexander, who managed Scunthorpe in League One last season. To nobody’s surprise, their league opener against Leyton Orient was live on BT Sport. At a level where clubs can go out of business over a few thousand pounds, the TV companies are boosting the coffers of already wealthy sides, leaving everybody else to fend for themselves in a ruthless environment.

The attitude of television companies to non-league football has long contributed to the number of clubs in financial turmoil, and is now hurting the FA Cup as well as the lower leagues.  It is the responsibility of the BBC and BT Sport to cater for all clubs, not just a couple of favourites, and to make their selections based on what matches will be most enjoyable for their license payers rather than solely on reputation.

It is often said that broadcasting companies must do more to look after supporters; they need to do more to support football as a whole.