Why people must be patient with VAR

The main talking point of this summer's World Cup so far hasn't been the favourites under-performing, the plethora of great goals or the world-class performances, but instead the inclusion of the Video Assistant referee. It seems like a game can't pass without at least one decision going to VAR, leading to a very mixed reaction online and on the pitch as to whether a decision was correct or not.

However, it has now got to a stage where most of the pundits and commentators have come to the conclusion that VAR is ruining the game, with many players sharing the same sentiment. Moroccan player, Nordin Amrabat made his opinions clear after his country's draw with Spain, in which Spain scored a last-minute equaliser that was originally disallowed for offside, but then correctly overturned by VAR.

So with all of this controversy surrounding the new technology, you would think that it has been a resounding failure, but in fact, I would say it has been the opposite. There have been various games in this World Cup where the referee has originally made the wrong decision but VAR has helped to amend it.

It has been especially successful in allowing goals that were disallowed or goals where there was uncertainty to whether they should be allowed to stand or not, for example, strikes for Diego Costa against Portugal and Iago Aspas against Morocco. Without the video assistant referees, these goals may have been disallowed and changed the landscape of the tournament, so therefore that part of VAR has been a success.

But there has been much more controversy when it comes the red cards and penalties, and these areas of the game is where VAR has really been brought into questioning. The pinnacle of this was on Monday night when Portugal faced Iran, where Iran needed a win to go through, but it was the technology that again was the main talking point. The game was dominated by the referee stopping the game repeatedly to look at decisions, and it seemed like every time he came out with the wrong decision. 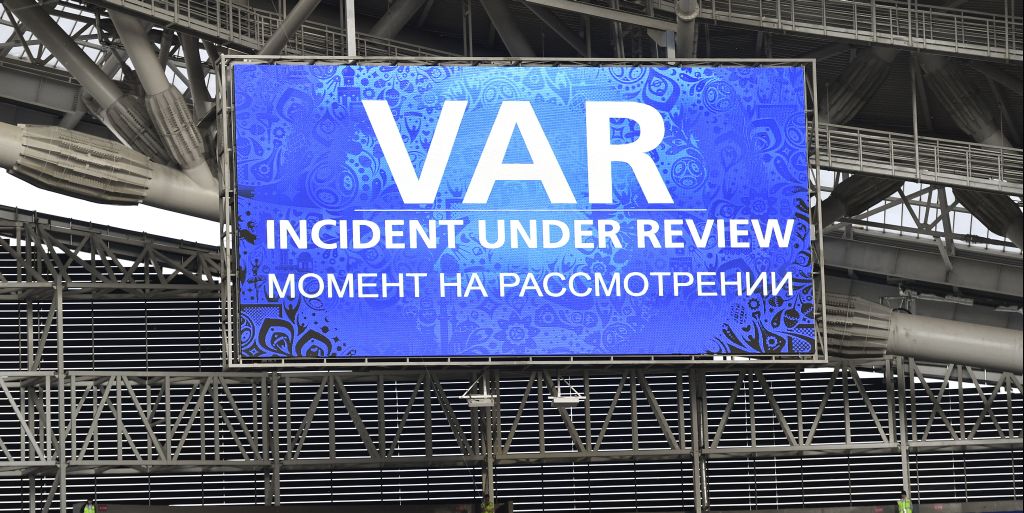 However, this wasn't the fault of the technology, but instead the incompetence of this referee. Enrique Cáceres, the match referee, showed to the world that he shouldn't be officiating at this level, with Egypt making a formal complaint to FIFA after their game against Russia, it was clear beforehand that he might struggle with the occasion.

That was further reiterated as he failed to send off Cristiano Ronaldo after a blatant elbow to Morteza Pouraliganji's face and gave a farcical penalty to Iran following a very questionable handball appeal. One problem with VAR may be that the referees haven't yet got to grips with it and are letting the pressure get to them after the extended periods of time they spend looking at decisions, so saying we should get rid of it is ridiculous as over time referees will become more familiar with the technology in the coming seasons.

One problem that most people have with VAR is how frequently it is being used, and seemingly whenever anyone goes down in the box, the signal is made and the referee goes over to the VAR booth. But this is again not the problem with technology, but instead this time the fault of the players. In recent years, the standard of defending has gone down as attacking football becomes more dominant. This trend has been clearly shown in this World Cup, with there already being more penalties in this tournament than the entirety of the 2014 World Cup, a stat which many have used to show why VAR is bad for the sport.

There are obvious flaws with VAR, with the main two being the amount of time spent looking over decisions and how frequently it is being used, with people saying it slows the flow of play down. Both of these criticisms are true, as there have been many games in this World Cup that have been hampered by the use of VAR. However, instead of people constantly complaining about its flaws, we need to accept that it will take time to perfect this new system, and that, in the long-run, it will be a positive change for the game. Only time will tell how VAR will be improved in the future, but hopefully, come the 2022 World Cup in Qatar, most of its issues will have been ironed out and we will be able to enjoy the spectacle of the World Cup again.

Let us know your thoughts on the introduction of VAR by commenting down below. Has the new decision reviewing system had a positive or negative impact on the game? You can tweet us at @AllOutFootball_ using the hashtag #AOF.