Why Naby Keita is finally starting to prove his worth 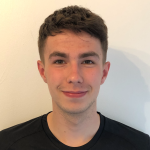 After a tricky start to his career on Merseyside, Naby Keita has begun to show why exactly Liverpool paid around £52.75million for the dynamic midfielder. Hit with numerous injury troubles and limited game time, the Guinean international has only been a ‘bit part’ player as of yet. However, with a number of strong performances towards the end of the season, ‘Naby lad’ is just starting to show his value.

When Keita completed his move from RB Leipzig to Liverpool in August 2017, with the midfielder agreeing to join the following summer, many people were unsurprisingly excited about the prospect of his move. During his time at Leipzig, he demonstrated his ability to find the net and unlock defences with pin-point accuracy.

Stipulations in his release clause meant the Reds had to pay nearly £5 million more than they initially hoped would be necessary – this was due to a contract clause which stated, should RB finish in the top four of the Bundesliga (2017/2018 season), any interested party would have to fork out £59 million, but should they have finished lower than sixth place, it would have dropped to £48 million.

As it was, Klopp and his team paid the ‘middle amount’ to secure Keita’s services – not ideal, but also not as bad as it could have been. At the time of the announcement, it was the Reds record transfer, overtaking the £35million they paid for Andy Caroll back in 2011.

Since his arrival, Keita has shown glimpses of his technical ability – the problem being that these ‘glimpses’ have simply been that. Moments of brilliance but ultimately, not enough end product.

Finding himself in and out of Klopp’s side has been frustrating for the Guinean, but much of that blame can be placed on the injuries he has suffered. The midfielder has missed a total of 28 games through injury since moving to Anfield, but the 25-year-old also has to accept the fact that, to date, when he has been given a run of games to prove his form, he simply hasn’t delivered.

The ‘problem’ is that, when the midfielder does put on a show, it is usually a spectacle. Noticeable performances include the home-tie against Porto in last years Champions League quarter-final first leg, a game that Keita scored in and games against Huddersfield Town and Southampton, again matches that the Guinean chipped in with goals.

His run of form was sadly jolted once again after a reoccurring groin injury kept him out of the end-of-season run-in, including the Champions League Final, which the Reds famously went on to win.

This season, one which saw Klopp’s men win the league in the quickest amount of time, has been another up and down one for the creative midfielder. His Anfield story has a suffered another reoccurring chapter of injury woes, selection troubles and underwhelming performances.

Despite all this, there is still so much hope for Naby Keita. He still seems like the only player that has the capabilities to replace the magic that Phillipe Coutinho left behind when he joined Barcelona in January 2018.

It is the ability to drive from midfield, turn defence into attack in a matter of seconds and split the opposition open with a smart pass. In spite of all their qualities, it is something that his midfield counterparts fail to demonstrate on a consistent enough basis – although it has improved in previous seasons – there is still a small gap left by the ability of Coutinho.

In the 19/20 Premier League season, one which the Reds convincingly won, finishing 18 points above Manchester City, Keita featured 18 times, starting nine of them and featuring nine times off the bench. The midfielder scored two goals in the league, once in the Champions League and once in the Club World Cup campaign.

Overall, the Guinean played 27 times for Klopp’s men and found himself being substituted out in 13 of those games. In many way, it shows the complete contrast of Keita’s season – a decent return in terms of goals and assists, but disappointingly not finishing nearly half of his games.

His performances towards the end of the season once again showed he has the ability to dominate fixtures. The task now for the notorious ‘Naby lad’ is to play more games, contribute with goals and assists a little more and stay injury-free.

If he can do this, Liverpool fans might finally be able to fully appreciate the positive impact Naby Keita can have.

Oct 22, 2020 David Robinson
We use cookies to ensure that we give you the best experience on our website. If you continue to use this site we will assume that you are happy with it.Ok