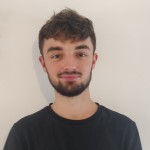 When a team plays in a specific style for a prolonged period, it is easy to typecast those that play within it. Atletico Madrid are the perfect example of this, making a dogged and resilient defensive style their own since Diego Simeone arrived in 2011. With this less-than-aesthetic style comes an expectation of his players to perform for the team and put aside any sense of ego or flashy individuality. The likes of Gabi, Koke, Diego Godin and Juanfran suit this template; gifted technical players with a pugnacious spirit to never give in.

Then there is Saúl Ñíguez. A spirited box-to-box midfielder, aggressive in the tackle and happy to leave a challenge ringing on an opposition ankle. He embodies Atleti’s and Simeone’s spirit, yet there is a quality about Saúl that sets him aside, even from the likes of Koke and Gabi as the greatest midfielder of Simeone’s reign.

Just what is he?

Everything. He is undoubtedly best suited to being a central midfielder, with a defensive powerhouse such as Thomas Partey alongside him. This is not so much to protect Saúl, who’s 4.3 tackles and interceptions per match are testament to a top defensive presence. It is more a case of allowing Saúl to be the aggressor, to press and make the proactive challenge.

When comparing the two, Saúl presses far more than Partey; attempting over 150 more pressures than the Ghanaian across the 2019/20 La Liga season. This can also be seen in their tackle success rate (courtesy of www.fbref.com), with Saúl attempting 98 tackles and winning 65, and Partey winning 45 of his attempted 65 tackles all season. Saúl attempting significantly more tackles yet at a lower success rate, reflecting his more aggressive approach compared to Partey’s deeper, screening role.

Saúl is also a good progressive passer, be it from a central position or as a wide left midfielder. He alongside Koke are the mainstays of the Atletico midfield, and whilst Koke plays more passes per game, Saúl played notably more passes into the final third than his Spanish compatriot this past year. This may be attributed to Koke’s poor form for much of the season, yet this also doesn’t take into account that Saúl has deputised at left back for periods of the campaign.

What better testament to Saúl’s quality, both technical and match awareness, than being able to deploy him as a left back in such a system as Simeone’s? It is of course not that rare for midfielder’s to be played in defence, take Pep Guardiola’s use of Fabian Delph at left back for Manchester City during the 2017/18 campaign, or Barcelona’s continued deployment of Sergi Roberto at right back. Yet whilst these sides use their full backs as an added attacking weapon to give options to their exceptional ball players, Atletico are not as ball conscious so require their full backs to, well, defend.

Over the past two seasons Saúl has had to deputise multiple times in this role, and over this two-year period the club maintained the best defensive record in the league. The spirit of knowing his role as an Atletico player, and to fight for the cause, coupled with his individual quality, are what make this transformation possible. As Atletico transitioned after selling Rodri and Antoine Griezmann as well as moving on Godin, the likes of Saúl and Koke have been required to drag the team towards respectability despite both having below par seasons. That will only have reminded their manager further of their importance however; in not allowing form and confidence to shroud their commitment to the team.

Too good for Atletico?

To deem a player ‘too good’ for a side of Atletico’s standing is unwise, and very few players can claim to be of that ilk on paper alone. In Saúl’s case, this is a player who adores the club, and embodies everything his manager wants in a commanding midfielder. Yet there still lies the question of whether a player of such ability would benefit in playing in a more expressive team.

Before the 19/20 campaign, Simeone had discussed his desire to move towards a more possession-based approach, shifting from his famed 4-4-2 to a 4-3-3. A midfield three of Saúl, Koke and Partey is a bona fide world class assembly of talent, mixing defensive screening with ball progression and attacking running. Yet the system never came to fruition, partly due to the club’s poor start to the season and the slow adaptions of new players.

£120 million signing Joao Felix was brought in to fill Griezmann’s void as a creative second striker, yet as expected a player as young as he has spent the season adapting to the speed and dynamism of the league. In Griezmann, the side lost twenty goals a season, as well as an off the ball runner who made room for his striker partner, and Saúl, to break into.

So a loss of attacking output meant Simeone’s wish for a 4-3-3 never materialised, and two strikers were fielded so to maximise the number of goal scorers on the pitch. Were his wingers more reliable contributors then the system could have been trialled, but the likes of Thomas Lemar and Yannick Carrasco simply aren’t reliable enough for the formation to be utilised.

This meant reverting to the 4-4-2, with little creativity coming from any of the four midfielders given Saúl and Koke’s form, Partey being defensively minded and Lemar simply not being of the required level. Atletico scored just 51 goals, the seventh highest in the league, and played out a league high sixteen draws. They secured third place via goal difference over Sevilla, and bar making it to the Champions League quarter finals suffered an uninspiring and disappointing season.

Saúl will no doubt be looking to improve on his own personal form of the last year, yet his career has shown enough mental character and ability to reassure doubters of his talent and mettle. Will it require leaving for him to reach these heights?

The talk has long been one of him heading to Manchester, to either United or City. Both seem unlikely given the publicised £100 million plus pursuit of Jadon Sancho by the red half, and the burgeoning central midfield reserves of blue half. Saúl had been cited as the perfect partner for Paul Pogba at Old Trafford, yet again this is completely misunderstanding his playing role. Saúl is the box-to-box presence many expected Pogba to be, albeit a less creative passer and dribbler. He occupies the left central midfield position, and drives play forwards either by wedging passes over the defence, or by bustling through himself. He is a far superior defender than Pogba, and any club would be lucky to have such a talented all-rounder. Yet to label him as the powerful defensive screener that would liberate the Frenchman is misleading to club fans and detracts from Saúl’s own abilities as a box-to-box presence.

The Spaniard would improve almost any midfield, improving their ability to press and play a high line whilst also bolstering their defence, and offering a progressive passer from deep. The likes of Juventus, PSG and Bayern Munich would be perfect landing spots for this great talent, yet this is not a case of the player making his will to leave known. Even if it were, this is a unique situation for a unique player-club relationship.

In 2017, Saúl signed a nine-year contract keeping him at Atletico until he was thirty-one. The club have a history of assigning long contracts, with Koke signing a five-year extension to his deal that same year, and youngster Felix agreeing a seven-year deal last summer. Saúl’s is among the longest in the sport’s history, and such is the bond felt between player and club, that it feels likely that this will be seen out by the player.

Saúl stated that there was no better place to be than Atletico, and Koke similarly broke down in tears upon signing his extension. It is a win-win for the club, as the cost required to sign these assets within the contracts’ length would be astronomical, and likely explains why very few clubs sniff around Atletico’s best. It took Griezmann to be twenty-eight before Barcelona willingly stumped up the nine- figure sum to get him out of the Wanda Metropolitano Stadium.

Such length of deal also means that the club will enjoy the best years of these players, and the pedigree that is carried with their names mean clubs may pay equally big money for them as the contracts near their end. This results in players in their late twenties being signed for extortionate fees with their new clubs hoping to capture some of the brilliant player once seen years previous.

Either way, Saúl has shown no sign of indignation or disgruntlement to being an Atletico player, so any conversation of joining a European rival is likely to be hollow. It is said that Barcelona were interested in singing Koke as a replacement for Xavi, yet once again the family bond within the club saw him reject any approach.

This may be the case with Saúl. One can only imagine how many clubs have considered approaching Atletico for their number eight, he of even greater talent than Koke. The cult of personality surrounding Simeone means that his players are soldiers of his craft, and serve his ideology as they would a father. Saúl is an exceptional talent however, and as appreciated and lauded as he may be in the red and white of the capital, there will always be the question of how high his ceiling could be elsewhere. His prominence within the national team may also hinge on it, with Spain unlikely to want to feature two of a rugged Atleti midfield over those that play for Real or Barcelona.

It may not be a question of whether Saúl is unnoticed, but whether obtaining this brilliant midfielder is simply unreachable. Were he to be thirty-one before he tests foreign waters, it may be past the point of his prime. It would be a great shame for one of the generation’s best box-to-box midfielders to not receive the plaudits he deserves.