The newly crowned champions of world football will now take over from Germany as the "team to beat". France was victorious over Croatia in the 2018 World Cup final where Kylian Mbappe and Antoine Griezmann led them to a 4-2 triumph. However, they've been drawn into a tough UEFA Nations League group alongside Germany and the Netherlands in A1. They'll be hoping to continue their international dominance in their Nations League fixtures, as well as at the 2020 Euros.

The last time anyone was ever mentioned in the same category as Cristiano Ronaldo and Lionel Messi in terms of their future potential was Neymar Jr. However, he is yet to reach the heights expected of him and it appears that Kylian Mbappe, at the mere age of 19, is looking to take on this near impossible task. His meteoric rise to the top has seen him break into the Monaco first team, then earn himself an outrageous move to PSG where he became an instant hit linking up with Cavani and Neymar before representing France at the World Cup. He scored 4 goals in 7 games in Russia and will be hoping to continue where he left off. Watch out for this kid, he has something special. The young Stuttgart defender has also received high praise off the back of an impressive performance for France at the World Cup. France have always had an outrageously talented squad but their weakness can always be linked back to one position, full-backs. With Benjamin Mendy only just returning from a long-term injury in 2018, it was Hernandez and Parvard who took up full-back duties. Parvard proved himself on the biggest stage and even scored the goal of the tournament against Argentina in the Round of 16. He'll continue to establish himself as a French first-team regular and probably earn himself a move to one of Europe's elites by the end of the season.


Benjamin Parvard stays down after a brutal stamp from Antonio Rudiger during Thursday's draw. (L'Equipe)

The Barcelona youngster has undoubtedly struggled to adjust to life at the Camp Nou mainly due to injury. He's a player with loads of potential and hopefully he can begin to show the world what we saw during his time in Germany. He's a similar player to Mbappe in many respects but will have to become more of a goal-scorer if he is going to fit in alongside Lionel Messi and Luis Suarez in the coming seasons. For France, he's a huge threat for opposition defenders who will be more worried about Griezmann and Mbappe that they might pay less attention to Dembele. Hopefully, the UEFA Nations League will serve as an opportunity for the 21-year-old to showcase his talent. 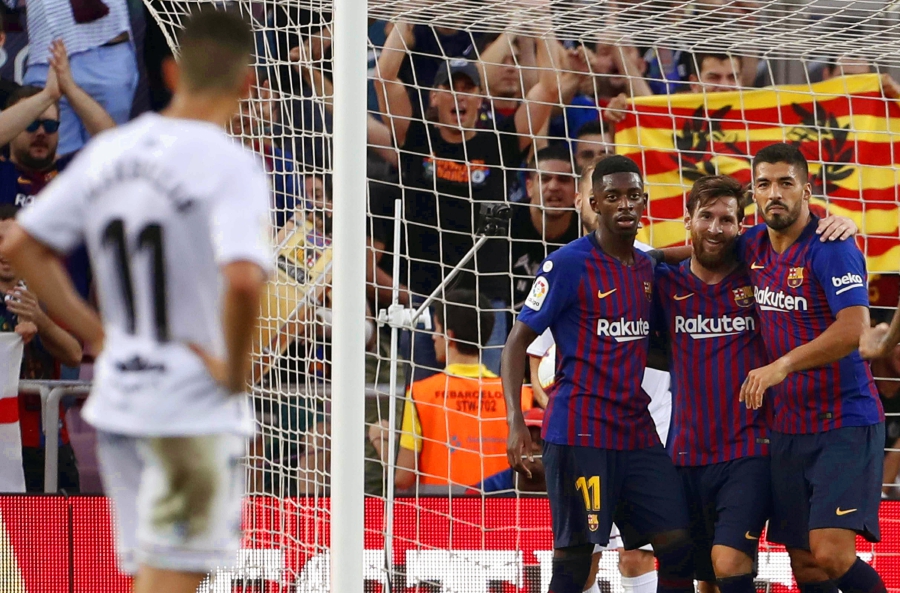 The 49-year-old has been in charge of France since 2012 and credit should go to the French FA for sticking with their man even during tough periods such as the 2014 World Cup. Deschamps came so close to winning with France in 2016 when they fell short at their home tournament and lost 1-0 to Portugal in the European Championship's final. Deschamps' ability as a manager cannot be questioned, winning eight major honours and finishing as both Euro and Champions League runners-up in 2016 and 2004 respectively.

France's form reflects their World Cup success, their draw coming on Thursday night in their opening UEFA Nations League group game against Germany. They should be expected to top their group against the Netherlands and Germany, potentially going on to win the first edition of the tournament.

Will France now enter into a period of dominance like Spain did in 2008 or will the likes of Germany, Argentina and Spain get back to their best? The World Cup winners will have a target on their back in the UEFA Nations League but with a mixture of young talent, experienced leaders and world-class players, they should have enough to prove themselves on the biggest stage. Let us know what you think of France's Nations League chances by tweeting @AllOutFootball_ using #AOF or #UNL