One of Liverpool's top summer transfer targets may not join the club after all, as the Reds have eased their interest in Roma goalkeeper Alisson, as reported by the Mirror. 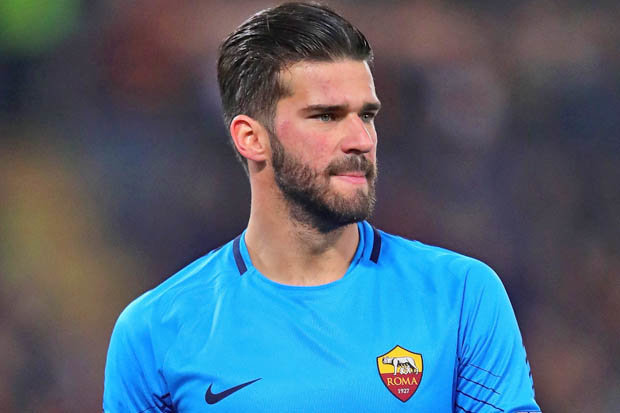 The £58 million-rated Brazilian 'keeper, who has been on Jurgen Klopp's shortlist for quite some time, was a big target for Liverpool this summer but despite reports in Italy suggesting the club have revived their interest in Alisson, rumours have surfaced that no contact has been made between either the club or player.

Alisson, 25-year-old, played 37 times for Roma in Serie A last season as well as helping them to the semi-final of the Champions League. Incidentally, it was Liverpool who knocked them out in that round and it was clear that the Brazilian caught the eye of Klopp in those games, despite scoring seven times against them.

Liverpool won 5-2 at Anfield in the first leg and despite losing 4-2 back in Italy during the second leg, they managed to progress through to the final, winning 7-6 on aggregate in an exhilarating contest.

Aside from this, Alisson enjoyed a consistent campaign with many strong performances for the Italian club and thus, attracted interest from other big clubs.

The Reds are looking to strengthen in this position, especially with the recent high-profile mistakes of current first-choice goalkeeper, Loris Karius in the Champions League final. Karius remains Liverpool's number one as it stands but Jurgen Klopp will want to ensure he has a safe pair of hands between the posts if he wants to bring domestic and European glory to Merseyside next campaign.

Liverpool fans, would you like to see your club invest in the Brazilian number one? Let us know my commenting below or tweeting us at @AllOutFootball_ using the hashtag #AOF.