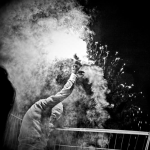 Coming into the game, many may have thought that United would not be able to stop Eddie Howe’s wave of attacking Cherries, and with the run of form that both teams were bringing into the fixture, it should have been an easy Bournemouth win given the obvious difference in the teams’ footballing qualities and abilities.

Howe would be disappointed with this result, having seen his team dominate large parts of the encounter, especially in the first half, and may not be able to save himself the blushes of potential headline headaches for the morning papers. His team’s title credentials may be put in to question once again.

Mourinho, however, will have his plaudits for taking his mid-table underdogs to a vibrant south coast and gaining a significant three points in their quest to challenge the top sides as they go level on points with their much more fancied opponents. They created more chances, and were able to take them in the end.

Now, snap your fingers and return from your daydreaming, although with the way United are passing each week by like continental drift, would one be surprised if in a few year’s time, this once dominant figure continues its wallowing ways in the irrelevancy of mid-table obscurity?

On commentary, close to the end of the game, Jon Champion asked co-commentator, Leon Osman for his thoughts on what they had witnessed at the Vitality Stadium. In Osman’s bemusement, he stated: “This hasn’t been a vintage Manchester United performance,” to which Champion, surprised himself by Osman’s utterances, questioned when we had last seen anything close to that. At that point, the camera, for dramatic effect and television gold, could have shifted its glance to Michael Carrick.

Perspective? Ten years ago, Bournemouth were reeling in the chasm of the Football League – staring at the face of paralysing bankruptcy – whilst United were dining with the upper echelons of the Premier League table, goading in the glories of being Champions League holders with a frontline of Cristiano Ronaldo, Wayne Rooney, Dimitar Berbatov and Carlos Tevez. Feeling nostalgic?

Yet somehow, ten years on, there is a feeling of upward trajectory with Howe, a gleaming image of what England would want in the calibre of their homegrown coaches, and a sustained downward decline with Mourinho, a fading yet resilient heavyweight boxer still fighting, still throwing punches.

United are the ones playing Juventus in the Champions League this coming week. They are the ones with the multi-million sponsorship deals, the highest earning player in the Premier League and arguably the best goalkeeper in the world, yet for all of this, United’s ambitions are similar to Everton’s. Their centre backs would not be called to give seminars on “The Art of Defending” at an Ivy League university. “Vintage” United is more of a term of endearment than anything that can be reciprocated in some of the comments that have been uttered by Mourinho recently.

The most important element that resonates with United’s supporters lies in what they can do on the field. It has been so obvious, like a sore thumb, for what seems like decades and you wonder the lengths they would go for just a morsel of coherent, free-flowing dashing comradery from this underdog giant.

Here they were, with the likes of Paul Pogba, Anthony Martial, Alexis Sanchez and Juan Mata, a list of players that could not be described in the same sentence as Callum Wilson, Junior Stanislas, Lewis Cook and Ryan Fraser, but incapable of showing the same verve and cohesion  all thanks to the wonderful work that Howe has done for the club, that their “weaker” opponents have shown throughout the season so far. Granted, football games are never won on paper, but on the field of play, and although United secured victory – their third win in four league fixtures – we can still not describe the type of team they are trying to be. The names on the paper could be a manager’s dream, but currently, that is all they are: a “what if.”

United are a team on the outside, looking in, and Bournemouth have found themselves crawling on their shoulders trying to steal their view. In what world should that be allowed?

Mourinho and United are snoozing on the potential at their disposal. There was a time when they were in the mouths of rivals for all the right reasons, utter disdain spewed by those that were jealous of the success that seemed to come on a silver platter. Now, rivals cannot wait for the next episode of Mourinho’s Slip-Ups, The Misery of the United Juggernaut.

The Mourinho-United union has always felt like an unusual one. The underdog that Mourinho is does not seem to fit into the plans of what his players want to be. This cannot be an FC Porto or Inter Milan prototype, Mourinho in his pomp, when he like Howe was the darling of the press room, the man with the special touch, who could do no wrong, the striking image of what progressive, winning managers should look like.

There needs to be commitment to a cause. It should be embarrassing, for everyone involved at United, that their performances are allowed to be described as “competitive” or “staying in the game” for a team that has had the opportunity and time to re-establish themselves as a team of relevancy after the humbling David Moyes and Louis van Gaal tenures. Why is Mourinho on the touchline, holding his mouth in constant thought as if he is wondering what is occurring before his eyes? Scouling but never gleaming; prancing but never at ease.

Alas, we await the next step in the transformation of a team that wants to be at the pinnacle, but are content on being bullish and hard to beat. That is what mid-table teams pride themselves in when they are slugging it out with the big boys. This is where United are: darkhorses, not top dogs, looking up but not even sure where they should be.

What did you make of the game? Let us know in the comments below!