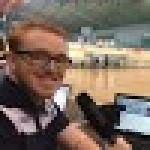 Liverpool take an early advantage with a perfect performance in their Champions League quarter-final tie at Anfield after a 3-0 win against Manchester City.

The Reds were in a tenacious and energetic mood with three first half goals from Mohamed Salah, Alex Oxlade-Chamberlain and Sadio Mane being the difference against a City side who are on the verge of winning the Premier League title.

The visitors didn’t know what hit them as they went 3-0 down with just 31 minutes played, with Gundogan and Kyle Walker being torn apart on their right hand side.  They will need to re-group but they may be the only side in England currently who have the ability to claw back a three goal deficit and will be raring to go when they run of at the Etihad next Tuesday.

For Liverpool, it was arguably one of their best performances of the season and fully deserved the first leg victory in front of the Anfield faithful.  I couldn’t possibly name one player in a red shirt who played poorly.

It took the Reds just 12 minutes to get themselves off the mark in the tie, Alexander-Arnold released Salah down Liverpool’s right hand side and set up Firmino who had his shot parried by Ederson, only for Kyle Walker to not clear his lines and for Salah to finish well.  Anfield erupted into walls and seas of noise and the blue touch-paper was well and truly lit.

It was two shortly after their opener, England international Alex Oxlade-Chamberlain drove forward through the middle into space and unleashed a 20-yard thunderbolt into the corner of the net, leaving Ederson with no chance.  The former Arsenal midfielder was in for heaps of criticism earlier this season for not impacting on the Liverpool side straight away but this goals will have silenced his critics.

City looked to be struggling with their narrow midfield as Gundogan was being dragged out wide and leaving pockets of space in behind which Liverpool took full advantage of, showing that Pep Guardiola got his tactics wrong on the night.

Liverpool were in dream land as they went 3-0 up through Sadio Mane.  Nicolas Otamendi gave the ball away in the midfield which left Salah space to drive.  His delicate floated cross found Sadio Mane at the far post to send Anfield into elation once more.

The away side were trying to make something work on the left shortly after as Otamendi tries a shot from distance which just skimmed the far post, a lack of service for Gabriel Jesus proved to be a headache for Pep Guardiola as he attempted to rally the Citizens for the second half.

They came straight out after the break and two chances within the first five minutes and it looked like Leroy Sane was the main threat for them, he smashed a ball straight across goal and wide when Jesus looked to be in a better position.

Worrying signs came about shortly after for Liverpool as Mohamed Salah went off holding his groin and the Reds’ medical team were taking no chances as he was quickly replaced by Gini Wijnaldum.

Raheem Sterling then made his introduction five minutes later and received a chorus of boos right across Anfield and every time that he touched the ball.

Manchester City had lots of possession and the Liverpool crowd were providing a hostile atmosphere throughout the second half which created an element of nerves among the home fans, they were getting frustrated as Jesus and De Bruyne got themselves in the referee’s book with needless challenges.

Silva missed a golden opportunity for the Citizens to grab an away goal as a cross came in which he was not expecting.

Liverpool captain Jordan Henderson was booked three minutes from time, meaning he will miss next week’s second leg in Manchester.

Advantage Liverpool, with many sterling performances from the like from Lovren and Alexander-Arnold who were very disciplined in the latter stages of the game, as defensively Liverpool have been guilty of leaking soft goals but did not give City a sniff.

Three goals is not a lot in football these days after we witness what Barcelona came up with against PSG last season, the soap opera continues.