The race for the Premier League title. 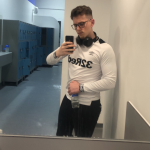 With the Premier League 2018/19 season in full flow, we are finally starting to see a race for the title. Liverpool remain comfortable at the top of the tree after current champions Manchester City fell to another defeat on Boxing Day. after dropping six points in back to back games, this has allowed Mauricio Pochettino’s Tottenham Hotspur to sneak into second place. this season is setting up to be a very exciting and interesting one as each of these teams will have fancy their chances of winning the prestigious trophy.
With Liverpool sitting in 1st place, the merseyside club are favourites for the piece of silverware and rightly so after Klopp’s men still remain unbeaten in the Premier League. With Virgil Van Dijk and summer signing Alisson Becker seeming to be solving the defensive problems for Liverpool, it’s hard to find a weakness in their side as all around the pitch they have top class players. One of the biggest reasonings behind a team winning the Premier League is keeping clean sheets. Liverpool have only conceded seven goals in the league this season and if this sensational stat is to remain intact, Liverpool will surely win their first title since the division was established In 1992.

Many thought Tottenham Hotspur would be challenging for a top four position throughout the entirety of the season but the north London club currently sit in second place. Spurs are going about their business quietly this season and many feel they could go all the way and lift the trophy come the end of the season if their star men stay clear of injuries. With Tottenham becoming the first Premier League side to not sign a player in the summer transfer window, critics felt that Spurs would even struggle for a top four position but Poch’s men are going through a purple patch right now and players such as Lucas Moura are starting to settle in the Premier League after the January 2018 signing from PSG found it hard to adjust to English football throughout the second half of last season.
With Manchester City losing their last two Premier League games, its hardly a crisis for Pep Guardiola but because of how good the Citiyzens were last season, losing two on the bounce has alarm bells ringing for City fans and this slump in form could possibly end their hopes of securing back to back Premier League titles in their history. With star midfielder Kevin De Bruyne getting back to full fitness, this will boost the current champions as they will be certainly pushing Liverpool and Tottenham all the way come the penultimate game of the season in may.
Who do you think will win the title? Let us know in the comments below!
featured image credit skysports