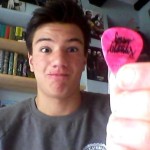 Amongst the usual suspects, have been’s and journeymen selected for Southgate’s trip to Italy there were two interesting selections…

It’s been a strange season for English players. Some have stepped up, others have stepped down. Some couldn’t pass me the butter at dinner or finish their homework but still get a call-up. Looking at you Jack and Danny. Amongst the four uncapped players, we have two great stories and two defensive giants. The pair more than deserve their call-up and I don’t just say that as a Claret. Even Burnley’s most snide critics (any football statistician, 4-4-2 snobs and the people of Blackburn) must admit that the pair have more than merited their place in the squad.

From non-league obscurity to Premier League regularity and now international status both James Tarkowski and Nick Pope have been at the centre of Burnley’s impressive rear-guard action this season. The pair have played 10 of the 11 games in which Burnley have kept a clean sheet in the league this season, which, incidentally, puts the Clarets in the top four clubs in the Premier League along with the likes of Tottenham and United.

But a third Claret has been sorely overlooked. That is Ben Mee.

There is something to say for a centre-back pairing that ticks. Vidic and Ferdinand, Campbell and Toure, Stam and Johnsen, like all good couples they complimented each other. One did the star-studded grunt work whilst the other played the erstwhile, often overlooked, conservative centre-back role. Whilst the star rushes in to make that impressive tackle, wins the 50/50 or rises to win the header, the conservative former keeps the cool head to sweep in behind and clear up any mess that may spill over.

It’s an unforgiving role. One characterised by such modern greats as Chiellini and Barzagli, both seen as second fiddle to Bonucci at Juventus. A great defender but one that requires a conservative pairing to be in position if he makes a mistake. Look how his career is working out at AC Milan. The gaping hole behind him has been exploited on several occasions with the Rossoneri conceding in 10 out of their first 15 Serie A games this season. Including that famous two all draw to Italian minnows Benevento.

Ben Mee is the Claret’s ultimate conservative centre-back. The Barzagli of the north-east, where he gets about 90% less sunlight and a greatly increased access to pie and peas. Perhaps Mee has been overlooked because he’s a veteran of the same Burnley team deservedly relegated in the 2014/2015 season, conceding 53 goals and losing 19 games. But since then Mee has become an absolute stalwart in the Burnley defence.

He held Keane’s hand for much of last season.

The youngster was lauded as a fantastic English prospect and earned his first caps in the Three Lion’s world cup qualifying campaign. Now Keane can’t get a game at Everton and has churned out performances that will see him kept well away from an England shirt for the foreseeable future. Tarkowski has got to the England squad on his own merit but he wouldn’t be there without Mee. Tarkowksi has more successful tackles, clearances and interceptions, the headline moments. However, its Mee that has more last man tackles, blocks and goal line clearances. He has the cool head when it matters, the last man positioning that really counts. A true sweeper clearing up the spills.

Throughout his time in the championship, he has led the Claret’s defensive line and served, not only as the cool head in a defensive pairing but as the hard-faced leader. He held his nerve in those gritty, tight 1-0 wins. The dirty long-ball games where Burnley eased out a win and probably didn’t deserve it, he was at the centre of a remarkable defensive display. The Claret’s scrappy win at Blackburn in the 15/16 springs to mind, so does his recent display against Saints. Not to mention his Phil Jones style goal-line clearance against Reading.

No, he isn’t the star and that’s probably why England have failed to pick him up as the real reason for Burnley’s untold success this season. He won’t make that crunching tackle and receive the adjuration of the Cricket Ground End. But he reads the game, he holds the line and he organises the defence. Southgate has made some bold and, in places, shrewd choices in this squad but he could have, should have made one more.

What do you think about this decision? Let us know your thoughts in the comments below!