After 10 Premier League games, Manchester City, Liverpool and Chelsea all remain undefeated at the top of the table. Tottenham and Arsenal aren't far behind with the Gunners emerging as another potential contender for the title. Manchester United appear to have problems but with the players in their squad, they've always got a chance. So with it so tight at the top of the Premier League table, will this season be one of the closest races for the title or will one team pull away?

Last season's centurions, Manchester City smashed all the Premier League records and they won the title by a remarkably comfortable 19 points. In fact, 37 points separated 6th place Arsenal with Guardiola's men in a truly one-horse race. This season looks different, Liverpool has emerged as strong contenders for the title and despite not playing near to their potential. they continue to grind out results and remain undefeated. Chelsea, Tottenham and Arsenal sit two points off the pace breathing down the necks of Liverpool and Manchester City. It might still be early days and perhaps over the course of the season, a greater gap will form but for now, here's why it could be a very close race.

Liverpool and Chelsea look to be the closest to Manchester City's level and these three were predicted to battle it out in a three-horse title race at the start of the season. Jurgen Klopp has significantly improved his side bringing in a world class goalkeeper, in addition to the added depth of Naby Keita, Fabinho and Shaqiri in midfield and attack. Under Sarri, Chelsea looks a different team with Eden Hazard hitting peak form and a solid midfield trio of Kovacic, Jorginho and Kante keeping the balance. However, both teams have problems. Liverpool's attack is struggling much to everyone's surprise. Mohamed Salah has been labelled a one season wonder while Sadio Mane and Roberto Firmino aren't doing much to help him. Chelsea has similar problems with Hazard's fellow attackers failing to find the target. Manchester City has also been without Kevin de Bruyne and his return to fitness will be a worry for Klopp and Sarri. 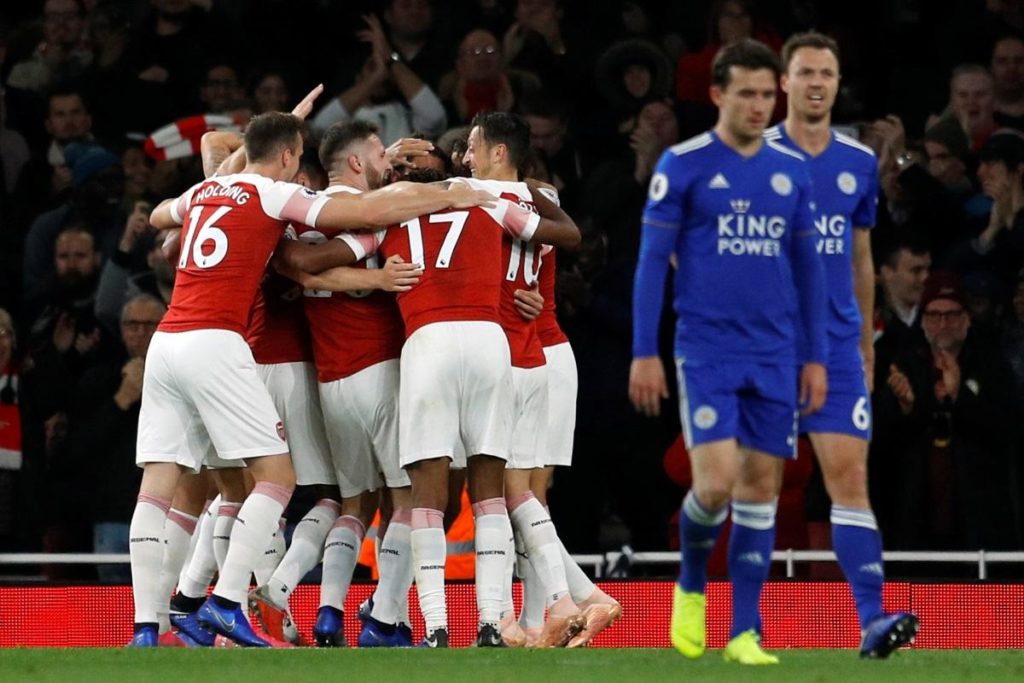 Meanwhile, Arsenal has been playing well under new management from Unai Emery. His striker force of Lacazette and Aubameyang is working well with the midfield looking far more organised and disciplined than it has in the past. They have, however, been leaking goals and will need to fix this if they hope to challenge with the defensive excellence of Liverpool and Manchester City. The important thing to focus on is that none of these teams has hit their best form and there's a long way to go in the season. Liverpool's defence has gone from their biggest weakness to their biggest strength, Virgil van Dijk is mostly responsible for this but Andy Robertson and Joe Gomez have also been terrific. Chelsea could be looking to bring in more firepower in January to accompany Hazard and with that in mind, their team could be even more frightening than it already is. Arsenal is lacking defensive organisation but with their attackers doing so well, they might be able to continue to outscore their opposition.

It's still early days, there's a long way to go but with Liverpool far from their best and a potentially decisive winter window coming up for Chelsea, Arsenal, Tottenham and Manchester United, this could be an exciting title race that goes right to the wire. Who will challenge Manchester City, will they be dethroned? Let us know what your thoughts are regarding this season's title race by tweeting @AllOutFootball_ using #AOF.