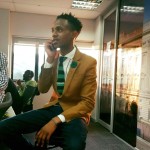 Is a professional footballer who plays as a right-back for Premier League club Manchester United. Wan-Bissaka began his career with Crystal Palace and was named as the club’s Player of the Year for the 2018–19 season. He sealed a move to Manchester United in June 2019

Statistically, his defensive sense is absolutely incredible, the amount of interceptions and tackles he made since making his entry to the Premier League is remarkable. He is forever reliable in his defensive duties and not to speak of his constant threats when in offensive mode. “Quick on his feet”

It’s something that you could class as pretty darn imperative when defending is concerned, He has become an integral part of his currents team defensive structure and any team in the EPL would consider themselves lucky to have him in the dressing room. No defender in the entire EPL has recorded more tackles than him

The 22-year-old full-back was mightily impressive for Palace last season and it is no surprise that United was so determined to sign him up. (40 appearances, 5 yellow cards, and 1red card)

Wan-Bissaka put in a virtuoso performance against AC Milan to prove that he really is the business. Absolutely nothing got by the full-back who read the game supremely well and showed some incredible pace to catch up with play.

Bombing up and down the flank and stopping every opposition attack in its tracks, that is looking like a very real possibility.

He may have started his soccer life as a winger, something that is very common with many best full-backs in the game at present (Jordi Alba, Dani Alves, Danny Rose, Alexandra Trent-Arnold) but his taste for tackling, intercepting has been marvellous ever since he was asked to fill in the right-back position for Palace’s first-team training session, back in 2016 and this left Wilfried Zaha howling in frustration as he thwarted his efforts to get past him

This year he is going to ground less often, and his improved positioning coupled with the immense timing of his tackling has made him one of the most formidable full-backs not just in the Premier League, but across Europe. He has made more successful tackles – where possession of the ball is regained or the ball goes out of play – than any other player in the top five European leagues this season, with 71. Every other player who ranks anywhere near him is a central midfielder, with his closest-challenging full-back Leicester’s Ricardo Pereira.

Wan-Bissaka joined Palace as an 11-year-old, originally as a winger and in some cases as a striker, he featured in the role all the way up till under 23’s

While playing for the youth team, the striker was asked to take part in a first-team training session to make up the numbers during the middle of the 2016/17 season. With the club boasting a host of strikers at the time, Wan-Bissaka was asked to fill in at right-back, presented with the intimidating prospect of marking ​Wilfried Zaha.

On the 2017 pre-season tour, Wan-Bissaka began to feature with the Palace first team under new manager Frank de Boer, playing in a number of friendlies. The Dutchman played a formation with wing-backs, and this new role emphasized Wan-Bissaka’s defensive capabilities, eventually leading to him moving from a winger to a full-back

Fast-Forward Wasn-Bissaka is now the most sought-after young players in English Football. He has the kind of vital statistics that makes football’s data analysts drool

Aaron Wan-Bissaka started as a Forward (Winger) when he came through the Palace Youth Ranks.

Stay tuned for the next Feature, you will be shocked.

Lets hear your thoughts, with this week Featured Player and who do you think should be on the list. Get in contact with us using our social media platform

Men are born for games. Nothing else. Every child knows that play is nobler than work. He knows too that the worth or merit of a game is not inherent in the game itself but rather in the value of that which is put at hazard. Games of chance require a wager to have meaning at all. Games of sport involve the skill and strength of the opponents and the humiliation of defeat and the pride of victory are in themselves sufficient stake because they inhere in the worth of the principals and define them. But the trial of chance or trial of worth all games aspire to the condition of war for here that which is wagered swallows up game, player, all.

Nov 25, 2020 David Robinson
We use cookies to ensure that we give you the best experience on our website. If you continue to use this site we will assume that you are happy with it.Ok