Should Manchester City keep the winning side of last season or make drastic changes?

Pep Guardiola’s philosophy proved that it could work in England as he made a case for his Manchester City team being the best in Premier League history. However, recent years have shown that many teams, including two title-winning City teams have gone on to struggle to following season due to complacency and inadequate squad improvements in the transfer window. Does Pep Guardiola need to make drastic changes to his squad or should he keep more or less the same squad as last season? 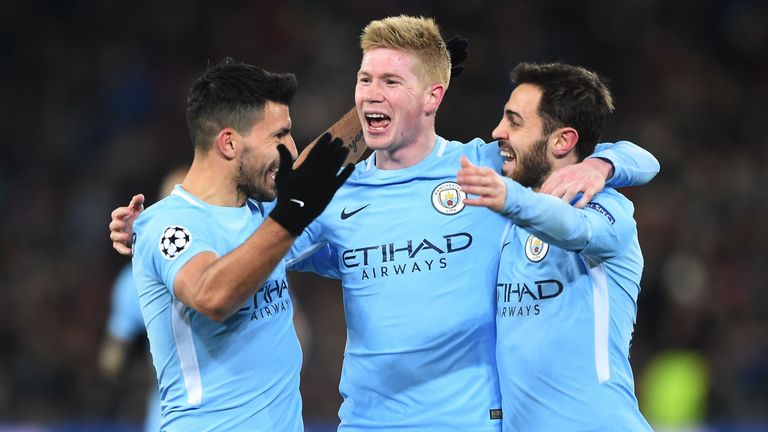 After Claudio Bravo proved not to be up to scratch following the departure of long-term goalkeeper Joe Hart the previous season, Guardiola’s signing of Ederson last summer proved to be a revelation for Manchester City. As well as being a fine shot stopper, he was shown to have incredible ball distribution and composure between the sticks; both features missing from Joe Hart and Claudio Bravo respectively. At the young age of 24 and having signed a contract that expires in 2025, Ederson will be hoping to be City’s number one for the foreseeable future. However, the questions still remain over Claudio Bravo’s future at the club.. Despite an excellent Carabao Cup campaign that saw him win City two penalty shoot-outs and a strong performance in the final, it is unlikely that the Chilean will stay on another year as City’s number two, especially as there is still a concern if he would be an adequate replacement should Ederson get injured. With Daniel Grimshaw signing a new contract with the Blues and Angus Gunn returning from a solid loan spell at Norwich City, I can see City promoting from within a goalkeeper moulded in Pep Guardiola’s ideals for a goalkeeper to become Ederson’s understudy.

Many question marks were raised over City’s defence in recent years, but last season, the defence did improve. An example of this is Nicolas Otamendi, who went from being considered something of a flop to making it into the PFA Team of the year.

In Otamendi, Vincent Kompany, Aymeric Laporte and John Stones, City do have four strong centre backs, albeit Kompany is regularly injured and Laporte and Stones’ lack of experience can sometimes be exposed. However, I don’t believe buying another centre back will make a whole host of difference to this side and I can see Laporte and Stones improving further next season.

In terms of the full backs, Kyle Walker had a good campaign last year following his move from Tottenham, with his pace and distribution ideal for Pep Guardiola. His understudy Danilo, whilst unconvincing at times, did prove himself to be a good and versatile squad player and definitely worth keeping hold of. On the left, Benjamin Mendy showed flashes of his ability, but spent so much of the season injured that the jury’s still out on him.

Fabian Delph and Oleksandar Zinchenko, both central midfielders by trade, both did surprisingly good jobs at left back, but should Mendy have another season blighted by injury, it is possible that Guardiola would want to strengthen this side of the pitch. However, Guardiola has made it clear that he is focussing on midfield and attack, having spent around £180 million on his back line last season. As a result, I can’t see this changing much next season.

Last season’s midfield three of Fernandinho, Kevin De Bruyne and David Silva proved very effective, as all three of them played an important role in Manchester City’s large amount of possession and dominance in games. Fernandinho showed once again that he’s one of the most hard-working and underrated players in the league, whilst De Bruyne and Silva flourished in their new free roles in the side. As well as this, Ilkay Gundogan proved to be a very useful squad player, often filling in whilst Silva was out of the side for personal reasons. The German midfielder scored a number of important goals and his passing ability makes him a typical Guardiola player.

Furthermore, Manchester City starlet Phil Foden broke into the first team last season showing a great deal of ability and, with a bit of training and experience, that he could go on to become a big player for City. However unlike Foden, Fernandinho and Silva don’t have time on their side and City don’t have another Fernandinho type player to fill in. This is why Guardiola has made Italian midfielder Jorginho from Napoli his number one target, but the two clubs are yet to strike a deal. Jorginho would represent a perfect replacement for Fernandinho, as he is a strong tackler who keeps the ball well, in addition to having a strong passing range, allowing him to create from deep. As well as Jorginho, Real Madrid’s Mateo Kovacic and Southampton’s Mario Lemina have been linked. With Yaya Toure leaving in the summer as well, City will need to strengthen up the depth of their midfield if they are to compete on four fronts again next season. 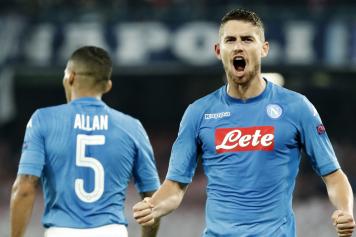 Despite having a potent season in front of goal last season, Pep Guardiola has still said he wants to bring another forward to the Etihad, with Riyad Mahrez looking a likely signing. The 2016 title winner was heavily linked with a move to City in January, which fell through, but this time around, it looks more likely. Despite being in contention with the hugely improved Raheem Sterling, PFA Young Player of the Year Leroy Sane and Bernardo Silva, the Algerian will come to the Etihad with a great deal of hunger and will want to add to his collection of Premier League winners medals.

In addition to Mahrez, Kylian Mbappe has also been linked. In terms of outgoings, Sergio Aguero has recently expressed his desire to stay at the club until his contract expires in 2020. Despite much doubt about his future being reported throughout last season, the Argentine still recorded 30 goals last season. Alongside the ever improving Gabriel Jesus and promising young players such as Brahim Diaz and Lukas Nmecha, City’s attack can be just as threatening next season.

Overall, I believe City don’t need a huge overhaul of the squad to be just as dominant next season, but to not repeat mistakes from previous seasons, they will still need to add to the squad and even potentially adapt tactics so other teams don’t work out how to stop them next season. Despite this, with the players they have got, as well as their manager, they will certainly be up there and are still going to be favourites to retain the title.