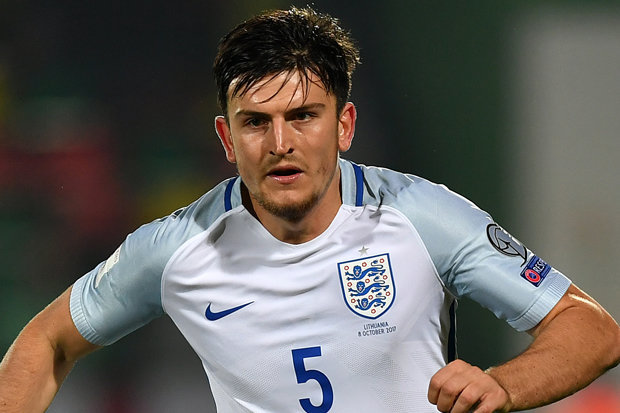 Harry Maguire was undoubtedly one of the stars of England's World Cup journey that ended in bitter disappointment on Wednesday. While he's been away, however, things have been happening back at Leicester. Their star man, Riyad Mahrez made a big money move to Champions, Manchester City and now, according to Eirsport, the Algerian star has commended the English defender and said that he deserves to be playing at a higher level.

The Leicester centre-back was pivotal in England's progression throughout the tournament, scoring a fantastic header in the quarter-finals against Sweden. Off the back of a brilliant season with the Foxes, Maguire was justly awarded with his spot in the England squad but few would have expected him to be a key starter for the Three Lions.

Mahrez was full of praise for the youngster and said that "it doesn't surprise [him] to see how he has done at the World Cup". He went on to congratulate him for "the season he had last year" and said that he "always believed 'H' is a very good player [who] obviously deserves to play higher".

The Algerian winger will no longer have the privilege to play alongside Maguire after completing his dream move to Manchester City, however, nothing is set in stone. Mahrez certainly isn't the first person to notice that Maguire has talent and is a man that has the potential to play for the very best teams. Some of the biggest teams in England will undoubtedly be chasing his signature this summer and will be prepared to pay whatever it takes. If Manchester City is one of those that go after him, you can be sure that Mahrez might be a pulling factor for Maguire to move to the Etihad.

So, Leicester fans, what are your thoughts on Harry Maguire? Do you think Leicester will be able to hold onto him or would you prefer to cash in on him and invest in other areas, potentially a Riyad Mahrez replacement? Premier League fans, how badly do you want to see Maguire at your club and how much would you be willing to pay for him? Lots of questions to ask, you can answer them all by tweeting @AllOutFootball_ using the #AOF.