Pros and Cons: Analyzing Man United’s PL Performances Ahead of the International Break 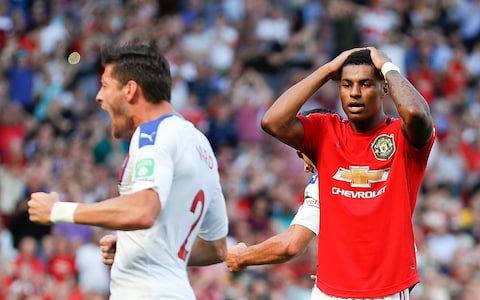 Being a Manchester United fan is not easy. One moment we’re celebrating the humiliation of a top 4 rival at the Stretford End, the next we succumb to Crystal Palace at the East Stand. The start of the season has not been a walk in the park for The Red Devils. Here's a critical look at the opening four fixtures of 2019/20.

•Counter-attacking efficiency: Ole Gunnar Solskjær named Anthony Martial as the lone forward for the season opener, but the French international interlinked with Marcus Rashford to throw off Chelsea's back line. This combination, mixed with Paul Pogba's long balls helped United get the advantage in the second half. Both Rashford and Martial found the back of the net in quick succession, effectively killing off the game. There was no sign of a Chelsea comeback from there on. •James, Maguire, and AWB all get dream debuts: United's frailties at the back have been a hot topic for some time now. Smalling is off to Rome, Jones and Rojo are  deadwood, and Bailly can't stay fit, so the signings of Aaron Wan-Bissaka and Harry Maguire were much needed. The pair were arguably the two best players on the pitch during the Chelsea demolition. AWB won six tackles and all his aerial duels, while Maguire made seven clearances and four interceptions. Another summer signing--Dan James--capped off an emotional debut by dedicating his goal to his late father.

•Nervy start, lucky to not go down a goal early: United dominated the game, but it was Chelsea who made the better start. Things could've been a whole lot different if Tammy Abraham had scored in the 9th minute instead of hitting the post. The same occurred minutes later when Emerson hit the bar from close range. United were lucky not to fall behind early, and it's imperative they start off the match on the front foot.

United got off to a dream start, but the opener was more of a false dawn than a taste of what's to come...

•Link up play between Martial and Rashford: Martial and Rashford once again interchanged brilliantly during the trip to the Molineux. Wolves found their pace and link up play to be overwhelming at times in the first half. Martial should've buried an in-swinger by his partner-in-crime, before the pair combined brilliantly again for the Frenchman to score the opener. The two caused havoc on the right side.

•Better start to the match: Collectively, United started the game off better than the previous week. They looked more attacking and eager to get a hold of the game because  Wolves were set up to sit deep and allow them time on the ball. The attacking trio of James, Martial, and Rashford made constant runs on the wings playing the United way. Attack, attack, attack, attack, attack.

•Midfield play: Yes, Wolves were set up to defend and be a nuisance all over the pitch, but that was no excuse for United's sloppy giveaways in the midfield. Lingard, Pogba, and McTominay started off cool, calm, and collected but lacked the control and precision needed to keep control in the middle of the park. This--along with the introduction of Adama Traore--gave the home side confidence to move forward and counter in the second half, resulting in Ruben Neves' pile-driver.

•INABILITY TO FINISH CHANCES COSTS UNITED MORE POINTS: The Pogba and Rashford PK fiasco was an embellished non-story that only received media attention because of all the drama it caused. Pogba's miss, and the subsequent criticism of United not having a designated penalty taker distracted the viewers from what was the real story of the second half. Jesse Lingard had a great chance to kill the game, but he fluffed his lines and added to his extended poor run of form. Chances came few and thin for United in the second half, meaning Lingard simply had to put that one away. 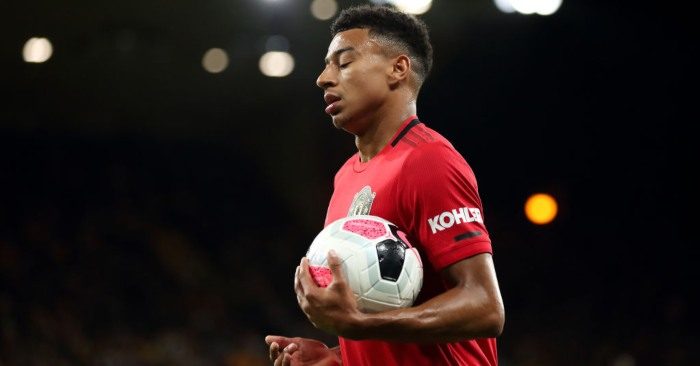 Dan James’ performance: Dan James had a solid performance vs Palace and it was a shame his curler didn't count for much in the end. The Welshman was booed heavily by the Wolves faithful the week prior for simulation. As Andy Walker noted in commentary, James has received a diving “reputation he doesn’t deserve”. He's a handful to contain due to his speed, meaning a slight touch is all that's needed to bring him down. Regardless, James was a constant problem on the attack, and the only United player to score on the day. 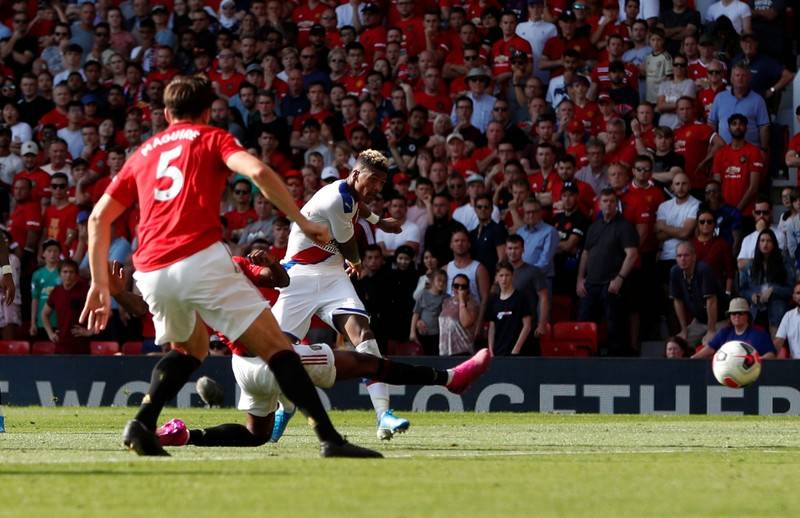 There were plenty of negatives from this match.

On the day, it wasn't good enough by United. The defense lost its chemistry. The midfield wasn't strong and solid enough to provide cover. The attack was lively, but lacked the ruthlessness to seal all three points.

Dan James does it again: A screamer by Dan James gave United the 1-0 lead after 10 minutes. The Welsh Wizard cut into his right and roofed home a rocket. The lads got the goal against the run of play and created more chances before halftime, though the Saints kept creating chances of their own. Second best: It was yet another slow start by United as Southampton started off the blocks racing. The boys in red were shaky playing out of the back and looked unsure of themselves, playing risky passes and aimless long balls. Going forward, the midfield played quick, but inaccurate link up play constantly slowed them down.

Polarizing Pogba: The Saints' midfield gave Paul Pogba little room to create, and the Frenchman looked dreadful. He was bullied off the ball and made too many giveaways.

Saints equalize: Southampton got their reward in the second half. David De Gea made a splendid save before the clearance was put back in by Kevin Danso for Jannik Vestergaard to head in the leveler. Victor Lindelof had no chance against the taller Vestergaard, and the Swede lost a key aerial battle leading to a goal for the second week in a row. To be fair, his Danish counterpart had a great game, and was rock solid in the back when cutting out United's helpless attacks.

False hope: After Danso was sent off for a second yellow in the 72nd minute, United pushed for an equalizer but it wasn’t to be. Most of the shots were straight at or saved comfortably by Angus Gunn. As Soldkjær described it in his post-match interview, his side were "careless in [their finishing, in [their] last pass, [and] even in [their] build up play".

United fans must be patient for another season and lower expectations because we’re watching a mix of young AND experienced players trying to figure out their best style of play. The Glazers have run the club into shambles. The excitement of signing the likes of AWB, Maguire, and Dan James was offset by the failure to sign Bruno Fernandes. Without a true Lukaku replacement, and the likes of Fernandes and even Paulo Dybala in the side, this season will be another rebuilding job, something true United fans have put up with since Sir Alex called time on his career.