The Problems At Manchester United 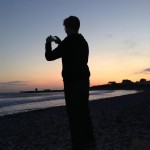 A new superstar manager, £140 million worth of new players, and a thriving youth system, yet Manchester United sit sixth in the Premier League, but why? There are a number of problems for the English footballing dynasty.

There’s no question that the Red Devils have been playing far better football than the sleep-inducing dullness that Louis Van Gaal bestowed on the Theatre of Dreams’ faithful, but it’s just not clicking for them.

The season started brilliantly for Jose Mourinho’s side. An efficient transfer window which saw four top-quality new acquisitions and no significant departures, a victory in the Community shield and three wins from three to start the league campaign.

Those four signings were no small names either, Eric Bailly, a powerful centre-back with a huge potential, and the highest rated players in Ligue 1, Serie A and the Bundesliga in the 2016/17 season; Borussia Dortmund talisman Henrikh Mkhitaryan, PSG marksman Zlatan Ibrahimovic and the world’s most expensive player Paul Pogba.

But since then it’s all gone wrong for the most decorated side in English football. The slide begun in the Manchester derby at Old Trafford, when Pep Guardiola’s side played United off the park, to the point where the Red Devils were lucky to escape with a 2-1 defeat.

The derby displayed many faults in the United armoury. Luke Shaw’s defensive ability is not up to scratch, neither Marouane Fellaini nor Paul Pogba are disciplined enough to play in the holding midfield role, Henrikh Mkhitaryan and Jesse Lingard don’t track back to help the full-backs enough, and playing Wayne Rooney and Zlatan Ibrahimovic together removes a lot of the attacking threat of the side as both drop deep consistently.

Since then it’s been a constant search for consistency, with struggles away from Old Trafford, as well as far too many draws at the Theatre of Dreams meaning they’ve languished in sixth place for a number of months now.

In defence, United have been mostly solid. David De Gea is perhaps the best keeper in the League, and maybe the world, so provides a consistent barrier to opposition attacks. But a line further forward and there are problems: while Antonio Valencia has proved a solid right-back, both in attack and defence, left-back has proved a problem area. Luke Shaw has struggled for fitness and hasn’t been defensively solid enough for a Mourinho team, Marcos Rojo has proved a liability out wide and Matteo Darmian doesn’t get forward enough to influence play.

At centre-back, problems have begun to mount. Daley Blind seems out of favour with Mourinho, Eric Bailly has sustained injuries, as well as missing January at the African Cup of Nations, and Chris Smalling has lost the solidity he displayed during his breakthrough season under Louis van Gaal last year. Rojo and the now injury-free Phil Jones have proved a great solution in the injury havoc, but aren’t solid enough for the full 90 minutes.

The Red Devils have surrendered leads late on far too many times. Home fixtures with Stoke and Arsenal were dominated by the hosts but the three points were lost after defensive lapses in the final five minutes cost them dearly.

These defensive issues were highlighted at Stamford Bridge, when the entire side caved in and allowed Antonio Conte’s side to run rampant, and ease to a 4-0 victory in late October.

Since then, the Red Devils have only lost twice but the problems remain. They remain defensively vulnerable and have a debilitating problem in attack, they are nowhere near clinical enough.

Zlatan Ibrahimovic may be the third highest scorer in the league this season, and one of the greatest players of his generation, but he has missed more chances than any other player in the top flight this year. According to the official Premier League website, Ibrahimovic has missed 12 big chances thus far, four more than any other player. Paul Pogba and Juan Mata have also missed eight big chances between them; that’s 20 goals United have missed out on.

The Red Devils failed to beat Stoke, Burnley, West Ham and Hull at home in the Premier League thus far this term. In those fixtures, Mourinho’s side had 95 shots on goal, yet only netted twice. That’s a conversion rate of 2.1%, a truly shocking statistic. It’s no wonder the Red Devils have been lining up a move for Atletico Madrid frontman Antoine Griezmann.

Midfield depth is another issue. Although a combination of Michael Carrick, Ander Herrera and Paul Pogba has thrived for United, there is no-one to come in when they’re missing one of them. With Carrick at 35-years-old, Mourinho cannot rely on him to play three times a week, which makes the decision to sell Morgan Schneiderlin all the more bizarre. It’s also evident that neither Pogba nor Fellaini can fill his defensive role, so the re-inclusion of Bastian Schweinsteiger may be key as United look to progress in the Europa League.

It will likely be another busy summer for Ed Woodward, Mourinho and the Glazer chequebook. Griezmann looks an obvious signing with the goalscoring trouble, a midfield replacement for the ageing Carrick and Schweinsteiger is needed, and a superstar centre-back wouldn’t go a miss in a squad that is suffering from the plague of complacency and inconsistency.

There may be silverware in the trophy room at Old Trafford by May, but it won’t be the coveted Premier League title, the one that really matters at that magnificent football club.

Do Man Utd have too many problems for where they should be? How should they solve them? Let us know in the comments below!