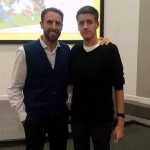 Leeds United manager Paul Heckingbottom say’s that it is important Leeds cut out defensive mistakes if they are to push higher up the Championship table.

Leeds looked set for their first win since Boxing Day, and first win under Heckingbottom, until Kasey Palmer’s stoppage time goal earned Derby a draw. With Andreas Weimann scoring in first-half stoppage time for Derby, it fitted into a trend Heckingbottom has noticed at the club.

When asked about the goals he said: ‘That has been a theme, we eluded to it after the last game and I’ve not seen every game but I’ve seen a hell of a lot, I’ve seen every goal, lots of chances against, looking back through the season. ”

The Yorkshire club have kept only three clean sheets in their last ten games and Heckingbottom wants them to iron out these mistakes, as it is hampering the good work his team is doing. He said ”If we want to get into the position Derby and teams like that are in the league, then they are the things we need to iron out. At the moment we are working really hard for our goals, scoring some good goals and giving soft one’s away at the other end. ”

Despite the draw, one positive for the Leeds fans was seeing Samuel Saiz back in the squad after a six match ban for spitting at Newport player Robbie Willmott in January. The Spanish midfielder made an instant impact launching the counter attack which led to the second goal and his manager was full of praise for him.

Heckingbottom said: ”But his qualities are different he gets on the ball he makes things happen and I’ve had players in the past where you can’t underestimate the impact a player can have on the crowd as well. The change in atmosphere and certain things, you could be pulling your hair out with everything they are doing wrong but one moment they do can change the whole atmosphere of a game. ”

However, despite Saiz’s impact his manager also wanted to stress that he isn’t bigger than the team. He said: ”However, Sam  is only one person in eleven and that will always be the case with us.”

Heckingbottom was also pleased with his two other substitutes Kalvin Phillips and Ezgjan Alioski. The latter put Leeds in front with his first few touches on the ball and ended a 12 game run without scoring.

Despite his barren run, Heckingbottom was full of praise for the Macedonian and was pleased with his goal. He said: ” Yeah, I’m pleased for him. He’s another player whose just so genuine, wants to play every minute of every game, give’s you everything and probably beats himself up and puts pressure on himself too harshly.”

Five teams who should be going after Scott Fraser – Top 5!

At “The Gate”: Who could be next to make an entrance at Bristol City?

The Play Off Curse of the Red and White Stripes