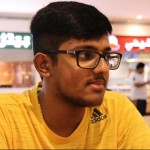 Football has always been the need of the hour. In these stressful times, the mindset towards the game has a veneer of thoughts to correlate with. It is a game of results. Whether it be entertainment, monetary, or commitment, this sport plays an important role in our day to day lives. But in this particular year, it has been a bit different. Teams have to prepare well mentally as well as physically to face each other in an empty stadium. Pitch-side decisions bring change to results. The focus towards in-house talents increases while playing the majority of the fixtures towards the calendar end.  Resource management has always been a concern. This questions the commitment of the players as well as the managers. But can they hide away from it? Nope. The teams that aim for a league title will have to face some misfortunes this season. Each and every team will have its own iterative sinusoidal period before the finish line.

After an aggressive end to the summer transfer window for most of the Premier League clubs, the so-called ‘Top 6’ have failed to capitalize on their position upon the shaky ladder. Some fans have questioned their owner’s lack of ambition to invest more while others were surprised to see penny-pinchers spend some big quids to suppress the problem areas. But does the problem end here? Can they play the strongest eleven every game? Will they keep up their performance on a consistent basis?

Absolutely nope. This is where the games change. Data abstraction could be the answer here. Data in Sports especially Football, not just tracks a team’s match performance and fitness. These raw data should be effectively used in the right place, by the right set of people. Teams in the Premier League have started looking into this area seriously after facing failure in recruitment to fix the major issues in their squad. The use of well-defined algorithms in a workspace will need patience as well as the sheer amount of commitment to face setbacks while simulating operations for the expected results needed every week. This helps a team to focus on underrated areas like Sports Science, Recovery Protocols, Nutrition Supplements, etc. A detailed study of the following areas can comfortably assess the result between the Spearmen and the Footmen. Playing the strongest eleven for every game could cause fatigue, injuries, and friction towards opportunities.  With three or more fixtures being bombarded each week, wildcards have to be considered on a timely basis to generate fresh legs.  A change of system for each game doesn’t make sense on a long-term basis but using them to the advantage of the available players will dig out results from key fixtures.

Making use of the club’s academy will encourage bright young potentials to fulfill the positional needs and extrinsic bonuses. A fresh look to the present squad will surely play mind games with their respective opponents to bring that slightest edge back home. The best example to justify this point will be the introduction of Scott McTominay, as a back up to Michael Carrick in the 2018-19 season. Playing in a completely different and unusual position, the Scottish midfielder was tasked to do the man-marking role for tough fixtures like Chelsea and Liverpool. From then on, he has been an integral squad player for Manchester United and started the last Champions League game vs PSG which United won 2-1 away from home. Similar examples can be seen in cases of Real Madrid and Bayern Munich with the likes of Federico Valverde and Alphonso Davies respectively.

The final jigsaw still remains to be seen in this pandemic. With Covid finances lurking, chances for a sack race remain doubtful but an array of awful results could bring questions towards the far-sighted fans, leading towards another Twitter meltdown. In a world of digital networks where Twitter data analytics gave more value than public opinions, cynical decisions from the footballing hierarchy supported by nescient folks could be encouraged. The outcomes may be unknown but the lifecycle of the squad, in general, remains a big question moving forward, which could lead to systems that might kill the competence of the current squad. The remarkable coin toss for planning a managerial succession is the next big question that could face the boot before consolidating over the next enigma that nature is yet to deliver apart from the empty stadiums this year.