Yeovil Town thumped Newport County 6-0 on Saturday as Darren Way's men to continued their impressive start to the season whilst condemning Newport to their first home defeat of the season in some style.

Newport were second in the table going into this encounter and would have fancied their chances of claiming another scalp after back-to-back away wins against Port Vale and Oldham Athletic. As it turned out, no one, not even the most optimistic Yeovil supporter, could have predicted the final score as the Glovers recorded the biggest away win in history. 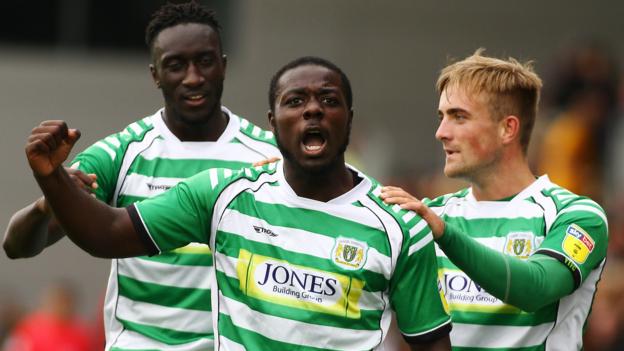 Yoann Arquin gave the visitors the lead at Rodney Parade on the 20 minute mark after an advantage was played by referee, Peter Wright, in the penalty area. Former County loanee, Jordan Green then doubled Yeovil's lead after 38 minutes following a misunderstanding with Newport keeper Joe Day and defender, Mickey Demetriou.

Newport were not completely outplayed in the first half and did show some fight after conceding the first and second goals. However, things got even worse for Michael Flynn's men in the third minute of first half stoppage time as Green made it 3-0, heading in after Day's initial save.

Flynn made two changes for the home side with Keanu Marsh-Brown and Robbie Willmott replacing David Pipe and Josh Sheehan. These changes made no immediate impact as Yeovil extended their lead again with Diallang Jaiyesimi cashing in on more careless defending from the home side. A Matty Dolan free kick which was tipped over the bar was the only shot on target Newport could manage in the second half.

Olufela Olomola piled more misery on Newport to make it 5-0 with just under 20 minutes remaining after skipping past several County players and slotting past Day. The pain hadn't finished their for Newport as Yeovil full back, Carl Dickinson grabbed a sixth goal as his tamely hit free kick found its way into the back of the net with Joe Day making a terrible howler. By this point, nearly every County players' confidence had been completely shot.

To compound a disastrous day for the hosts, substitute, Robbie Willmott was dismissed for a high challenge on a Yeovil player with just under ten minutes remaining.

This result meant Yeovil moved up to fifth in the table, significantly enhancing their goal difference as well as greatly denting Newport's. Despite the heavy defeat, County finished the day third in the table (still in an automatic promotion spot) and the players' and fans alike will be hoping it was a freak result and that they can respond this Saturday away to Tranmere Rovers.