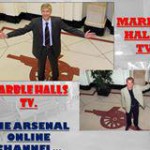 Spurs lost to Chelsea in the League Cup semis earlier this week. At the time of writing, Tottenham Hotspur is due to play Crystal Palace in the FA Cup Fourth Round. The eliminations of Liverpool and Arsenal have aided in making it simpler to win – though Chelsea, Manchester City, and Manchester United, will all be looking to capitalise too.

This was the latest in the series of semi-final defeats for Spurs. And also chances to secure a trophy, or at the least a good chance of glory.

One of Tottenham’s mottos is “to dare is to do”. It seems that whilst they’re daring, they’re not doing in the critical moments.

I should qualify this by saying I’m a Gooner – but it’s my intention to be as objective as possible here. Whilst Spurs winning doesn’t gratify me, one has to commend their rise holistically vis a vis the early 2000s, when Daniel Levy and Joe Lewis assumed control of the club.

It’s often said that Spurs are:

I don’t think all of these are true, and Pochettino’s stock is potentially being worsened by “bottling it” at critical points.

I will cite several examples to counter the above points:

So the argument that they lack experience, are young, or are still developing, is moot.

As for developing, Pochettino has managed several players since he initially took over. Some are listed below:

Alli joined in 2015 and has been instrumental in them securing consistent Champions League football.

Alderweireld is in his fourth season now, and Verthonghen, Rose, etc. have been there for several seasons apiece. Rose notably scored a wonder goal vs. Arsenal in 2010 and thus has been active in the Spurs side for many years.

Since Pochettino took over, Spurs have reached the following major finals, semi-finals, and league positions since Poch assumed the manager role:

They have thus been in key positions in successive seasons.

And the players are neither inexperienced nor young necessarily.

Tottenham’s new stadium is an evident drain on their finances. All available assets, seemingly, are being placed into making their new ground ready as soon as possible.

However, whilst they cannot improve their team readily due to this, they still have top quality in all positions. Kane, Alli, Dembele, Son, Eriksen, Alderweireld, Lloris, Rose, Vertonghen, and Aurier, all considered world-class, or amongst the best in their positions in the country at the least. They are players who would walk into many other sides globally. And should Spurs sell them, would have many suitors.

This, coupled them steadily growing experience, means that the continual failings cannot be increasingly ignored. Spurs didn’t spend anything on players in the 2018 summer transfer window, though this is both a boon and a curse for them. It shows that whilst they may stay stagnant vis a vis competitors, they have a solid and balanced side which doesn’t need much adjustment.

What Tottenham really need is a top-level player, who would cost over £100m in fee. They cannot afford this now, and won’t for a few years yet. There are of course mitigating circumstances here – but this also can lend to the team growing on existing strengths and moving on learned skills. This can, and maybe should, include greater mental strength and the inability to fold.

So what gives then?

Is Pochettino not being fairly called out?

The excuses are wearing thin, and Spurs are established as a top team now. They have genuine world class players, and players with extensive experience at club and international levels.

It’s not the plucky Tottenham of 2015/16 season, which was a newcomer to the high-end Premier League scene. It is the Spurs that have grown, developed, and found new respect both on and off the pitch.

In these cases, Tottenham’s continual failings are crucial points cannot be dismissed by Spurs fans for much longer.

This isn’t to be provocative – but considering many of the excuses, rationalisations, and mitigating points, are slowly diminishing, then possibly something deeper is afoot.

The true test would be when Spurs fully utlilise the benefits from their new stadium and can spend big money on players. But they already have top players. More analysis in the Tottenham Hotspur side needs to be done, as opportunities for triumph are being squandered.

Inevitably, the talk will go of how much money Spurs have spent, relative to the other top six sides. However, their revenues are very close to Arsenal’s now, and in specific senses (such as organisation and mentality) they are a better team than Arsenal. They also are arguably better than Manchester United and Chelsea. So in a functional sense, they have advantages over others and are pretty much better overall.

The excuses are increasingly wearing thin – and in a few years, Tottenham Hotspur will be able to make signings akin to their rivals in scope, such as Aubameyang, van Dijk, Jorginho, Sanchez, or Mahrez. Until they can, accounting for limiting certain levels of stadium debts, they need to focus on correcting long-standing faults. All teams at any level must be looking to improve, whether mentally, tactically, or in player quality. If Spurs cannot enhance their players without massive outlays, they need to focus on mental and attitudinal improvements.

Having little money because of major capital expenditure projects doesn’t mean other improvements cannot be made elsewhere.