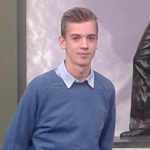 With the impending Premier League season just around the corner, along with it comes a summer first; the transfer slamming shut before the action begins.

This can be argued as fairer for most heading into these crucial early weeks, though it does mean clubs have to hurry up in their transfer dealings. For some clubs this has been a welcome change, while for others like Tottenham time is quickly running out to add to their squad. Mauricio Pochettino concedes that no players may be bought in during the window, and concedes a disadvantage to Europe’s elite due to the early closure of the English transfer window.

Liverpool, on the other hand, have had no such problem in adding quality additions early on and have pleased many fans with this summers work, on and off the field.

The reds have made monumental strides in what is a season heightened with expectation, even though the club are still a long way off having the squad depth and quality of Manchester City in their pursuit of the Premier League title.

From Naby Keita’s announcement all the way back in January, to the surprise arrival of Fabinho, here is an in-depth view on what has been an expensive transfer window for the reds:

With a week left to make additions, except the possibility of bringing in a centre-back, Liverpool seem pretty set for the new season.

Star studded signings and squad depth all seem to have been covered to an extent by those in charge, while few have seen the exit door on a permanent basis.

There may still be more to happen in the next week (who knows!)- what’s for certain is that after spending over £170 million Liverpool will have to back it up with a successful season and hopefully a trophy!

The first of Liverpool’s four arrivals was Naby Keita. The young Guinean midfielder arrives from RB Leipzig with an impressive couple of seasons under his belt, helping Leipzig to a champions league spot in their first Bundesliga season gaining him many suitors, of course one being Liverpool.

Despite his undoubted success at Leipzig it has been a long way to the top for this young energetic midfielder of which includes a spell at French side Istres, after failing to get into numerous academies even at sixteen!

It would be, however, moves to Red Bull Salzburg and Leipzig that kickstarted his success, interlinking with the common knowledge that Red Bull really does give you wings…

Flare, finesse and flamboyance are just some of the qualities Keita may provide in what is an exciting signing, though time will tell if it will pay off.

Probably the most surprising of the lot, the arrival of the Brazilian defensive midfielder came as a shock to most of the fan base.

In a modern world where rumours circulate around the media for months this signing was kept under wraps, only being reported on the day Liverpool announced the deal. Swift business you may say after some of the catastrophes the reds have had with bringing in players over recent years…

The former Monaco midfielder, alike Keita, enters the ranks with an air of versatility adapting to play at right back and his preferred “CDM” role.

Despite no experience in English football, many fans will profusely back this acquisition, including myself, with over 200 appearances for Monaco and titles along the way it’s hard not to doubt this vast experience for a player who is still only 24!

Its been a good pre season for Fabinho, however, we will have to wait till a few weeks into the season to see how greatly his presence is felt, and if this means dislodging captain Jordan Henderson from the team.

More recently, Swiss international Shaqiri has made a £13 million switch from relegated Stoke.

This signing may not get bums of seats like the others this window, nevertheless, at a bargain price and plenty of skill and potential this move could definitely suit both parties.

Shaqiri has had an interesting career to date, filled with promise at the start while being controversial of late to say the least…

After success st F.C Basel, spells at european giants Bayern and Inter gave much promise for Shaqiri’s career, contrarily his impressive CV has taken more of a hit lately with an up and down three years at Stoke.

You can’t blame him for going to Stoke, who at the time were a successful solidified Premier club, however, over the last year his form deteriorated along with the team, though his ego grew claiming he was carrying a measly little team being one way to put it!

There is no guarantees on what role the midfielder will play at Anfield this season and despite pushing other viable options down the pecking order I still believe this signing can be a positive for the reds, with squad depth and a possible impact player of the bench being ticked of Liverpool’s list.

Arguably the best signing till last, or at least the most talked about till last, the coup of Allison from Roma is quite unfortunately the most important of the lot.

Over recent years, the clubs goalkeeper  situation has never really got better and over time has deteriorated. Simon Mignolet has received repeated chances to Make his mark though  his credentials have often fallen short, whilst most recently Loris Karius errors have hit Liverpool’s latest number one like a tonne of bricks.

It may seem harsh on both keepers, but needless to say,  strength and authority from the back is needed if Liverpool seriously want to challenge and both the keepers are quite frankly not good enough for a team challenging at the top.

All in all, Liverpool have paid more than double than the record goalkeeper fee previously spent so setting such a high benchmark furthermore proves Allison’s credentials.

With  such a weight on his shoulders all at the club will be hoping that he Brazilian number one can finally end Liverpool’s woes.

As most seasons play out, imminent signings and quality additions always lead to implications at the exit door, especially for the young lads who deserve game time and development.

This window though has brought a sense of positivity around youth, where many of Liverpool’s potential stars of the future getting moves where game time will be guaranteed.

It could be argued none more so than Ovie Ejaria and Ryan Kent who have fuelled the new Rangers-Liverpool connections by moving to Ibrox for the season under Steven Gerrard’s leadership.

In England it is a similar story, with new Derby manager Frank Lampard taking a chance on youth with Harry Wilson, who thoroughly impressed in the championship late last season with Hull.

The latest to make a switch this morning (Wednesday) was the clubs youngest goalscorer Ben Woodburn who spends the year at Sheffield United.

A new season fast approaching, excitement is growing around Anfield, what’s not to like (This summers transfer business a main factor that has definitely fuelled that!)

Nonetheless, with hope comes expectation and after an underdog tag most of last year 4th place this time around won’t be good enough and there will be hope of a trophy and silverware; a first since the Carling Cup in 2012.

Overall, I am optimistic for the challenges facing Klopp’s team this time around, though Manchester City should prove hard to catch again, so second place on the Premier League should be realistic for this team and who knows what can happen from there!