Roma's Brazilian goalkeeper Alisson wants his future sorted before Brazil's World Cup campaign kicks off. The goalkeeper has been linked with both Real Madrid and Liverpool since the end of last season. 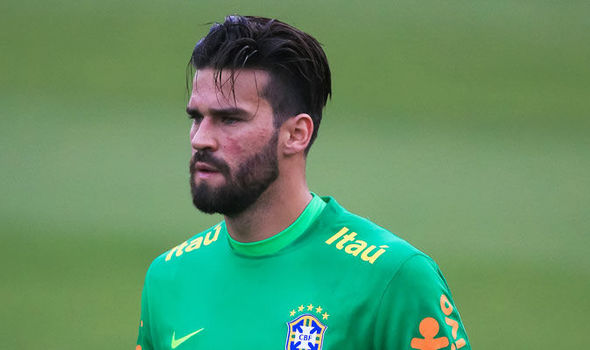 The 25-year-old, is ahead of Manchester City's Ederson in the Brazil goalkeeping ranks, and he has been identified as Liverpool's number one target to replace the error prone duo of Simon Mignolet and Loris Karius. While Madrid are also looking to replace current number one Keylor Navas.

It is expected that Roma will want the full £79m release clause in his contract activated before they let the player talk with other clubs, this is likely to be a stumbling block for the Champions League runners up.

The Metro are reporting that the 'keeper expects to know where he will be playing his football next season before Brazil's first game at the World Cup.

Speaking to UOL Esporte, he revealed:"I think everything will be resolved before the start of the World Cup, thats what I want. The truth is that I eft everything in the hands of my agent. If everything is not resolved then it will be discussed after the World Cup. Right now I'm only focused on the World Cup.

"There are some possibilities and we are working on all of them, together with Roma, always respecting the club. We'll see if anything happens this week."

Only former Liverpool number one Pepe Renia kept more clean sheets in Serie A this season than Alisson who as a result of his performances throughout the season has earned the number one jersey for Brazil at this summers World Cup in Russia.