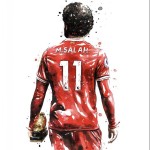 Liverpool are pushing to conclude deals for Nabil Fekir and Xherdan Shaqiri before both players head to Russia for the World Cup with their national teams.

According the the Liverpool Echo’s Ian Doyle,

“The Reds would prefer to conclude at least one major deal before the finals begin in Russia next week, having already snapped up Fabinho from Monaco to join the incoming Naby Keita from RB Leipzig.”

“Jurgen Klopp wants to make £60million-rated Lyon attacking midfielder Nabil Fekir his next major signing with the player having been scouted extensively during the past season.”

Doyle also goes on to say that,

“Klopp wants to bring in further reinforcements in attack with Xherdan Shaqiri among several other players on Liverpool’s radar, along with Gent’s Nigeria international Moses Simon.”

“Shaqiri has a release clause in his contract following Stoke City’s relegation which will be triggered by a bid of around £12m-£13.5m Tottenham Hotspur and Southampton are known to also be interested, with Leicester City and Everton assessing their options.”

If the Reds are unable to conduct deals for Fekir and Shaqiri before they leave for Russia, it is expected both deals will be put on hold until after the tournament.

France host United States in Lyon on Saturday whilst, Switzerland take on Japan in Lugano on Friday.

This leaves Thursday (today) as the last realistic day to complete deals before both nations head to Russia before their opening fixtures against Australia and Brazil respectively.