The 2017-18 UEFA Champions League runners-up got their new campaign up and running on Tuesday night against French giants, PSG. Jurgen Klopp and his men will be determined to go one step further than last season and with their European record as well as their improved squad, they certainly have a chance. PSG, on the other hand, are full of class and will have the likes of Neymar, Mbappe, Cavani and Veratti all causing problems. The two clubs met on Matchday One for Group C at Anfield and here's what happened.

Liverpool would be without star man Roberto Firmino who suffered a nasty eye injury at the weekend following an unintentional incident with Jan Vertonghen. The Brazilian still made the bench, however, with Daniel Sturridge getting the nod ahead of Shaqiri to start alongside Mane and Salah. Naby Keita was dropped to the bench to make way for club skipper, Jordan Henderson who was joined by James Milner and Wijnaldum. The former produced a record number of assists in a Champions League campaign last season. Liverpool's defence remained unchanged with Alexander-Arnold and Robertson lining up against PSG's star-studded wings while Van Dijk and Joe Gomez looked to continue their impressive form at the back. Alisson kept his spot in goal making it clear that there would be no rotation between him and Mignolet to split competitions. 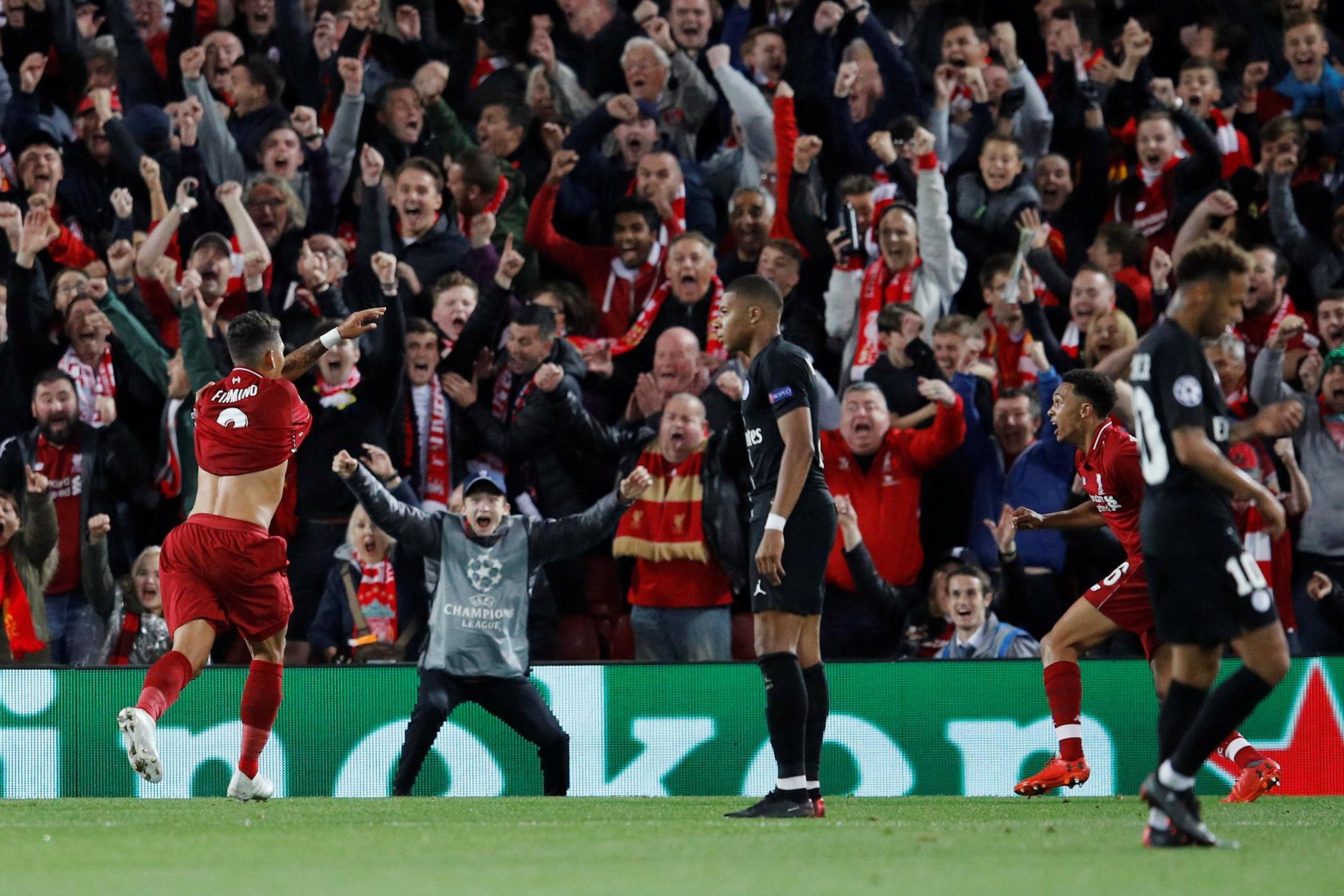 PSG travelled to England without Buffon who completed his suspension from last season that he obtained during Juve's exit to Real Madrid. The usual front three of Mbappe, Neymar and Cavani would look to get past a solid Liverpool backline with Di Maria sitting behind them in midfield. The Argentinian was joined by Liverpool target, Rabiot as well as Marquinhos who moved up from defence to deputise for Veratti. Ex-Bayern full-back Juan Bernat was against Salah at left-back while French youngster Kimpembe lined up alongside the highly experienced Thiago Silva. Meunier was at right-back while Areola was the obvious goalkeeping option with Buffon suspended.

PSG began the game on the front foot and had a few chances in the first couple minutes. Liverpool quickly got on top of the game and had some chances of their own in a very exciting first 15 minutes of the contest. The opener came from Liverpool when Alexander-Arnold overshot a cross all the way to the other side where Andy Robertson calmy collected and fired into the path of Daniel Sturridge who powered his header past Areola in his first Champions League start since 2012 with Chelsea. A few minutes later, Liverpool had another. Wijnaldum picked up the ball outside the box and dribbled wide away from four men but Bernat unnecessarily stuck out a leg as Wijnaldum took a touch and missed the ball. James Milner calmly converted the resulting penalty and put Liverpool in a great position for the three points. 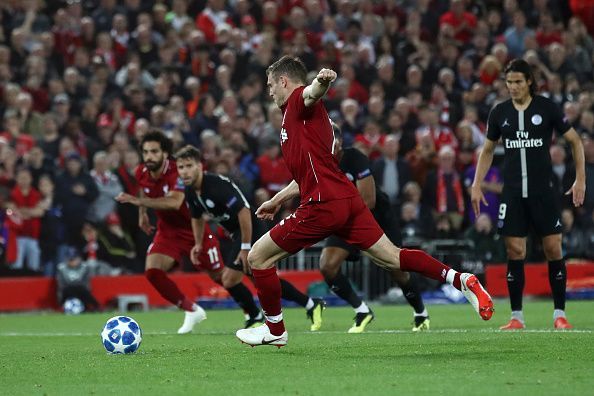 Shortly before half time, PSG pulled one back. A cross came in from the left and Cavani tried the overhead kick, he missed the ball taking Robertson by surprise. The ball bounced up off the Scotsman and Meunier hooked the ball into the corner giving Alisson no chance. The decision to keep the goal standing was questionable with Cavani playing at the ball from an offside position. Nevertheless, the hosts went into half time with a 2-1 lead.

Both teams remained unchanged for the second half and Liverpool took control of the game once more. Later on, in the half the Reds had a goal disallowed when Sturridge won the ball from the keeper but a dangerous follow-through resulted in a free-kick being awarded to Areola despite Salah converting the open-goal. In the 80th minute, the Egyptian misplaced a pass in midfield allowing Neymar to pounce, finding Mbappe who calmly converted with limited time to go. Klopp responded by bringing on Firmino and Shaqiri for Sturridge and Salah. With two minutes remaining, Firmino, despite his injury, found room on the right side. Alexander-Arnold made an overlapping run drawing two defenders with him. The Brazilian ignored his teammate cutting outside before taking it back onto his right foot and firing a rocket across the goal and into the bottom corner, winning the match for his side. 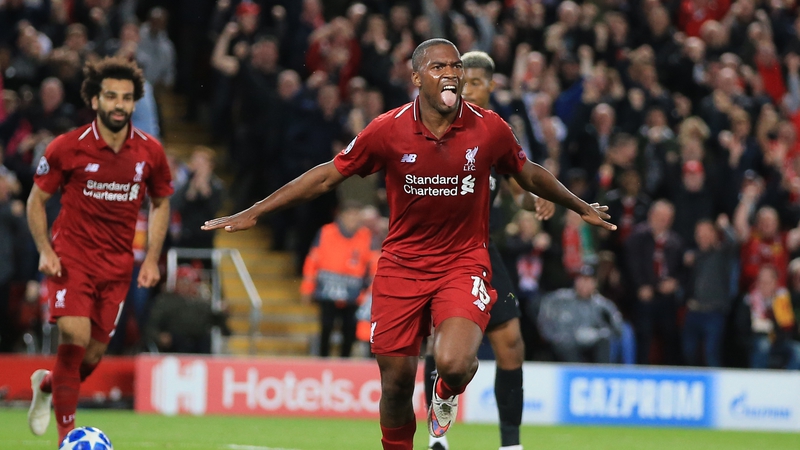 PSG would have been seen as favourites for the match and in a group of death like this one, every game is important. Liverpool now have themselves top of the table and have one of the hardest matches out of the way. They still have to travel away three times as well as host Napoli but they'll be confident in their ability.

Liverpool dominated the match from start to finish and once again showed their ability to win ugly. It wasn't the most convincing win but that's what separates the good teams from the best teams. Liverpool kept at it and their newly found squad depth from the bench allowed them to win the game against a PSG team that struggled to cope with their intensity for large parts of the game. Liverpool's midfield was once again their strength which was also the case last season. On paper, it might seem like their only weakness but Milner's energy and experience in combination with the hard-work and leadership of Jordan Henderson and Wijnaldum, they dominated the battle.

A major threat for Liverpool was always going to be the pace on the wings. Neymar and Mbappe are two of Europe's deadliest wingers and even though the Liverpool full-backs had come up against the likes of Raheem Sterling, Cristiano Ronaldo, Leroy Sane and Eden Hazard, this was going to be a whole new challenge. Both of them lived up to the challenge and were brilliant.

PSG on the other hand didn't necessarily play badly. Liverpool dominated the game but the Parisians showed moments of class that was expected. Rabiot was solid in midfield and helped make up for the lack of defensive discipline shown by Di Maria. Marquinhos, however, struggled in midfield and clearly felt more comfortable dropping back to play in between Silva and Kimpembe. This essentially gave Liverpool a 3 vs 2 in midfield with PSG adopting more of a 5-2-3 formation than the 4-3-3 on paper. Liverpool's attacking full-backs meant that Bernat and Meunier couldn't mark Salah or Mane meaning that PSG had a 3 vs 3 with Liverpool's attackers. Ultimately, Liverpool always had a one man advantage and utilised that very effectively in the first half.

Overall, both sides will be favourites to qualify for the next stage but with some of the quality in the Champions League, ensuring that you'll play against a 2nd place team will be a top priority. Napoli drew away to Red Star meaning Liverpool have a huge advantage in the group and will need to make the most of it Having beaten the Italian side 5-0 in pre-season, travelling to Naples will be a completely different task.

So, Liverpool fans, how happy are you with that win? Are you confident that you'll be able to top the group or do the tough away games worry you? Jurgen Klopp has certainly shown his ability to beat the very best so will we see another spectacular Liverpool run in the Champions League? Let us know what you think by tweeting @AllOutFootball_ using #AOF or #LIVPSG.