Off the back of a disappointing end to their impressive Champions League run last year, Liverpool will be hoping to go one better in the 2018/19 season and get their hands on some silverware for the first time since 2012.

With the likes of Naby Keita and Fabinho coming in, Liverpool have developed significant squad depth that they have previously lacked, but Jurgen Klopp will have a lot of thinking to do in the coming weeks. He has a large squad and some very young players who need to go out on loan, there are also players that should move on and others who will stay and fight for their place. Take a look at some of the members of the current squad whose futures still hang in the balance.

The German stopper experienced the worst imaginable conclusion to his campaign. He made the biggest of errors on the very biggest stage and will probably never recover if he stays at Liverpool and continues to have the pressure and criticism piled on him. Even the best between the sticks make mistakes but Karius has shown moments of excellence over the course of the Champions League campaign and that shouldn't be forgotten. He should go out on loan outside of England, to avoid the pressure of the media and get back to full confidence at the top of his game. It might be a few years before he returns to Liverpool, but Klopp has faith in him and that helps him.

After losing his first-team spot to Loris Karius, even with his mistakes while Mignolet was on the bench, the Belgian stopper was never going to get that spot back. It's definitely time for Mignolet to move on for good because his time at Liverpool is over, especially if they bring in a new first team keeper, as expected.

The Welshman has been overlooked by Klopp since the first day. With all his fellow keepers making mistakes week in week out, Liverpool fans are shocked that he is yet to receive a chance from the manager. He isn't ready for first team football for a whole season but he should be trusted more and maybe going out on loan would help that but I think he should stay and fight for his place. He has a chance to prove himself in pre-season and if he can then he might get himself a spot on the bench behind Karius or an incoming keeper.

Despite incredibly losing his spot to Trent Alexander-Arnold while he was injured, Nathaniel Clyne certainly has a future at Liverpool. He won't have first team football which will definitely worry him but he provides essential defensive depth that Liverpool need. Clyne is a versatile player and can even play in more attacking positions if needed.

The Estonian international is vital for Liverpool's defensive line. He won't be a starter and some matches won't even make the bench but the experience he possesses is so valuable for young players such as Gomez and Alexander-Arnold. He has been brilliant over the past two seasons when called upon and if there are defensive holes to fill, he has proven that he is capable of doing it. That being said, Liverpool should still think about bringing in a new centre-back, with youth on their side, unlike Klavan.

The Spaniard is in a similar position to Clyne. He won't get his spot back from Andy Robertson but should remain at Liverpool on standby if the Scotsman gets injured or suffers a dip in form. He, like Clyne, also has the ability to play further forward where Liverpool still lack depth. Moreno showed a more impressive side to his game at the beginning of the 2017/18 season and that helps his case to stay at Liverpool and fight for his place back. 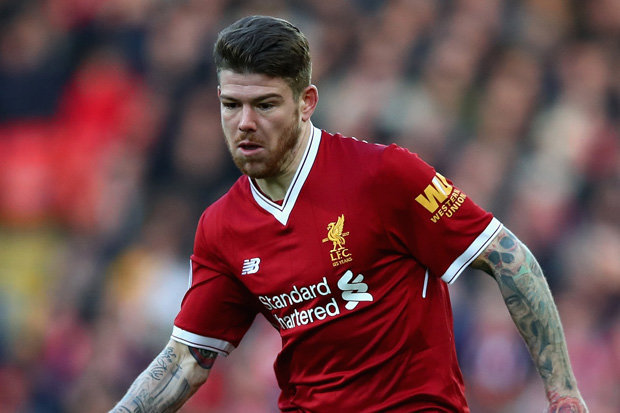 Matip hasn't been playing well in the last couple seasons and despite showing positive signs at the start of his Liverpool career, it's time to move on. He's in recovery from a long-term injury and will never be one of the first choice defenders at Liverpool especially if a new centre-back comes in. A move back to Germany or to a lesser club in the Premier League outside of the top six would suit him perfectly and he does have the quality he can offer clubs elsewhere.

Not much to say about this, Randall has never lived up to expectation or reached the heights of other Liverpool youngsters. It's time for him to move on and probably head down a division or two in England or head across the border to Scotland again.

There have been lots of rumours about the potential permanent departure of Marko Grujic which would disappoint lots of Liverpool fans. The potential has always been there and still is but he has never got the chance to show that for Liverpool. He's in a similar situation to Ruben Loftus-Cheek at Chelsea where he deserves to be starting but faces world class competition. He shouldn't be sold because one day he'll be a fantastic footballer and when that comes Liverpool will want to have him but for now, they should get him off the books and send him to a team that's willing to give him first-team football and playing at a high level. Teams like Monaco, RB Leipzig, Milan and Leicester are great options for the youngster.

Kent has always shown quality but never been given a chance. He has enjoyed successful loan spells and maybe that's a sign for Klopp that he should be given that chance. Liverpool need depth in attack and even though both Shaqiri and Fekir could come in later in the window, Kent has fantastic potential to play under Klopp's style. He must adapt to the style rather than gain playing experience for small clubs in other leagues. Maybe if he goes on loan to a different Premier League club that would be his best option but considering Klopp has never been fond of loans within the league, that looks increasingly unlikely.

Similar to Randall although he has much more quality, he's not young anymore and has no place at Liverpool. Realistically he could go anywhere to a midtable team and he'd probably do fine but he'll never live up to the level that was initially expected.

Liverpool have a few players like this; Kent, Wilson, Woodburn and Ojo. All playing in similar positions, some will stay, some will go and Klopp will make the final decision but I don't think Ojo has a place in the squad right now but I don't think he never will. He should go out on loan for a couple seasons inside English divisions and maybe one of the top Championship sides would help his development again after he achieved promotion with Fulham last year.

After signing a new long-term deal, lots of rumours have discussed Wilson departing on loan but I think that would be a mistake. Having flourished in a wonderful loan spell at Hull City, the youngster is at the top of his game. Getting some first-team experience at the club that he sees a future at would be hugely beneficial and massively boost his confidence. He's shown he can play first-team football and would be an adequate backup if one of the front three got injured. 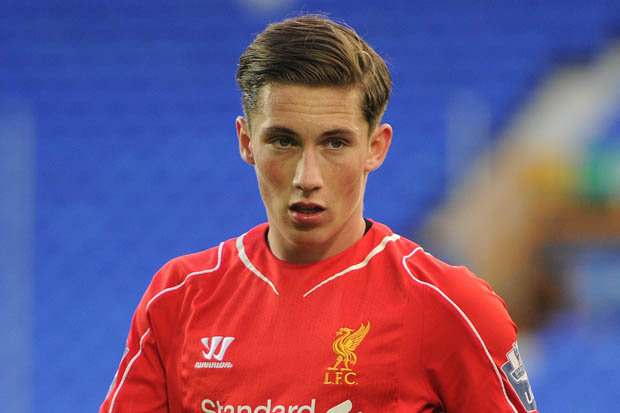 Chirivella has only ever played for Liverpool in pre-season games or at the very early stages of domestic cup campaigns so it's probably time to move on. I don't think he's ever shown the potential to play for Liverpool and he's playing in different positions each game which is never a good sign for a young player. He doesn't have a set position to fight for and even if he tried, the competition at Liverpool is now too big for a player of his ability.

After a fantastic time at Liverpool for the past few seasons, it's time for Daniel Sturridge to say goodbye to the club that found his best. He peaked in 2013/14 and injuries hampered his years from then on. He still has a brilliant instinct in front of goal and is a lethal finisher but doesn't suit the style of play at Anfield anymore and would be a brilliant player for a club that required a less energetic approach to football. I assume he'll stay in England and that would be smart if he went to one of the teams inside the top ten.

The Belgian striker has struggled on loan and it's probably time for him to return to Anfield and try again. He's shown moments of brilliance at Anfield and offers fantastic depth in Liverpool's attack. I think he could be key in the upcoming campaign and realistically there's no reason to let a player of his quality leave the club.

The former-Burnley man has had some chances this season and showed that he isn't ready for this level of football yet. Klopp has faith in him and will trust him in the future but at this moment behind Origi, Salah, Firmino and Mane in the pecking order, he has no chance. It's time for a loan move within the Premier League or maybe to a top Championship club like Stoke or Swansea and from there he can become a better player who's ready for football at Liverpool. 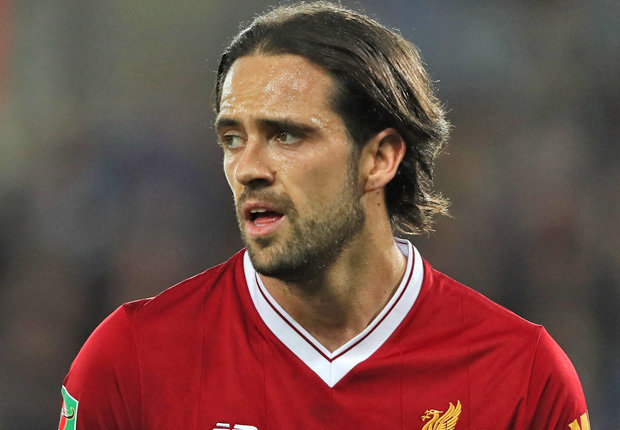 Klopp put a lot of faith in him this season but he didn't exactly justify that. However, he's very young and still adapting to the top level of football. He's had fantastic experience last season and will surely benefit from that. He offers himself as an aerial threat that could be subbed on which Liverpool lack in attack and that's the reason that I'd let him have another season before deciding to loan or sell him.

Woodburn wasn't given as many chances last season as he has had in previous seasons surprisingly and I sense a loan move for him. He's probably below Wilson and maybe even Kent so shouldn't try his luck. He's still really young and will have plenty of opportunities in the future to play for his boyhood club. A loan move outside of the Premier League would be right as I don't think he's ready for the Premier League yet but he's shown quality for the Welsh national team and would be influential like Wilson, if he was to drop down to the Championship.

So that's my view on Liverpool's upcoming season. They should still bring in some more players to add depth to the squad but it's clear that they have some hot prospects with fantastic potential for the future. Championship sides should definitely be scouting Liverpool for some additions.

Liverpool fans, what do you think? Have you had enough of Karius, should Clyne really stay and will you be sad to see Sturridge go? Let us know by commenting down below. You can also tweet @AllOutFootball_ using the hashtag #AOF.