Lastest transfer rumours from around the leagues.

There are many transfer rumours going around especially at this time of the year as clubs are getting prepared for the new season by shaping their squads. Here is a roundup of the latest rumours going around the world of football according to the Yorkshire evening post.

According to the Daily Post, both Leeds United and QPR are considering a move for Everton defender Luke Garbutt who featured in Sam Allardyce's plans but never made it into the first team.

The Daily Star are reporting that Real Madrid want Romelu Lukaku. The Belgian who has been on fire at this summer's World Cup scored 27 goals and chipped in with 9 assists for Manchester United last season. It is reported that the European Champions will offer Cristiano Ronaldo to Manchester United. 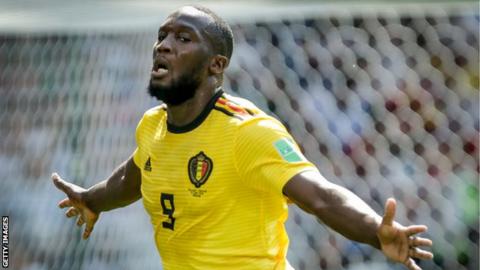 Brazilian goalkeeper Alisson is close to agreeing a deal with Chelsea. It looked as if Real Madrid had seen off competition for the keeper but Marca are now reporting that Chelsea will beat the Spanish giants in a £62 million deal. Jack Wilshire who decided to leave Arsenal at the end of his contract will agree a deal with Turkish side Fenerbahce on Monday according to Sabah. Wilshire who was willing to take a pay cut to stay at Arsenal couldn't agree a new deal with the Gunners. Staying with Arsenal they expect to complete a deal for defender Sokratis Papastathopoulous next week according to the Daily Star.

Sport Italia claim that Daniele Rugani will not move to Chelsea unless Manrizio Sarri is appointed as the clubs new manager.

Marca are reporting that Marco Asensio is contemplating over a move that would see him become Liverpool's club record singing. Asensio was part of the Real Madrid team that beat Liverpool in the Champions League final in May.

That is just a roundup of various different transfer stories that are going around the world what do you think any you a fan of any these clubs? get in touch with us by commenting below or tweeting us at @AllOutFootball using the hashtag #AOF.