At half-time in last night’s Euro 2020 qualifier at St Mary’s, all was well in England’s footballing circles. The Three Lions had shaken off an early wake-up call to go into the break leading Kosovo by five goals to one. Pubs around the nation had not seen such optimism since the 2018 World Cup, and murmurs of ‘it’s coming home’ could be heard on street corners everywhere.

Until Valon Berisha was gifted his second goal of the game straight after the interval.

From that point, the optimism started to slowly ebb away from England’s supporters. The attacking threat which had been so devastating in the first half was slightly less potent, while the defensive errors which had been bubbling just below the service in the opening period were exposed for all to see.

It is undoubtedly true that Gareth Southgate will need to consider carefully what went wrong for his team, but this could end up being a good thing for his leadership. The performance, especially in the second half, against Kosovo will offer the opportunity for a reevaluation of how this England team is run and - if used correctly - could lead to the Three Lions becoming a force to be reckoned with in international football.

Southgate’s last two (long-term) predecessors were faced with the same problem: both strolled to major tournament qualification without being seriously challenged, meaning that structural problems were unearthed at crucial stages, leading to humiliating tournament defeats. 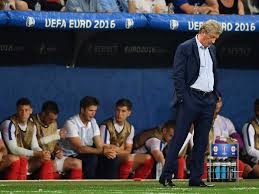 This was arguably relevant to England’s 2018 World Cup campaign, where defeat was suffered to each of the three elite footballing nations the Three Lions came up against. However, unlike his predecessors, Southgate was able to adapt his tactics, abandoning his 3-4-3 system in favour of a 4-3-3 setup for the UEFA Nations League and Euro 2020 qualifiers.

The England boss has shown a willingness to adjust in the past, and must now do so again. A leaky defence, lack of creativity in the number ten position and holding midfielders looking uncomfortable on the ball are all issues which were highlighted last night; it is up to Southgate to find solutions.

Some of these problems have ready-made fixes, others might require some more tinkering with personel and tactics. But we can be thankful that England have time to address these issues before the European Championships, ensuring that they can go into the tournament in as strong a position as possible.

England fans are rightly concerned about their side’s shortcomings against Kosovo. But we should be grateful that these concerns have become apparent now rather than when it is too late.