Following Portsmouth’s surrender of a two goal lead against nine man Coventry last night at Fratton Park, debate on social media has been feisty to say the least. Supporters are divided between those who still have faith in Kenny Jackett to lead them to the Championship, and those who believe the time has now come to appoint a new manager.

There have been disagreements on a range of platforms, with a fellow writer even publishing an article calling for the manager’s head on this very website (which can be found here). Therefore, it is my duty to defend Jackett in this article, and in doing so truly bring the debate to All Out Football! 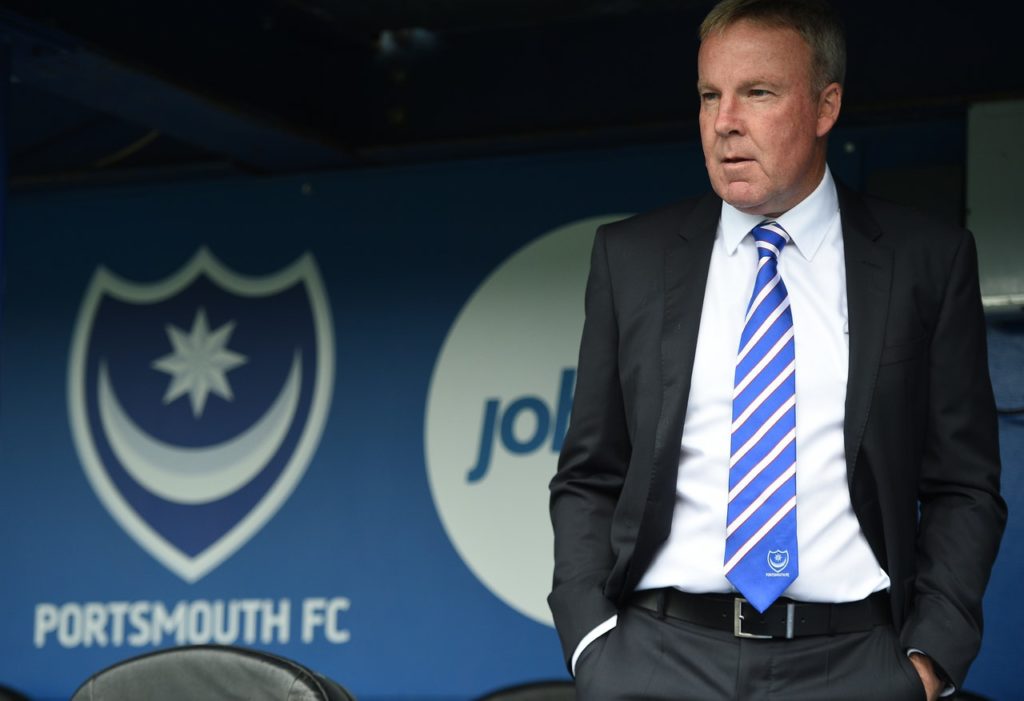 First of all, I am not suggesting that throwing away a two goal lead at home to a side over which you have a two man advantage is an acceptable thing to happen, and my blood has only recently dropped below boiling point. Particularly after Pompey allowed Southend to come from 0-3 down to snatch a point earlier this year, questions must be asked about surrendering another two points.

However, those who believe that the solution to the Blues’ early season woes is to sack the manager needn’t look too far into the club’s past to be reminded of the dangers of looking for quick fixes. As a Premier League club, Pompey attempted to maintain performances by paying extortionate prices for average players such as John Utaka.

Fast forward ten years and the Blues are trying to escape League One, having halted a run of three relegations in four seasons only by steady financial management and consistency under fan ownership. Now the new American owners have pledged to continue this sound policy, yet so many supporters would rather revert to the strategy which has been so damaging in the past.

Instead, I would much rather give Jackett the chance to prove his doubters wrong and I, for one, have faith that he will be able to. A quick glance at his CV is enough to know that Pompey have a seasoned pragmatist in charge, who knows exactly what is necessary to escape League One. He holds the division points record from his time in charge of Wolves, while he also won promotion with Millwall and Swansea.

While his brand of football is hardly eye catching, it yields results. Meanwhile, it is no coincidence that all of the teams mentioned above currently play in the top two divisions in England, despite the fact that Jackett took over when they were in Leagues One or Two. Crucially, Jackett’s management is not only successful, but sustainable.

It fits perfectly into the owners’ vision of steadily guiding Portsmouth back to the Championship, thus giving them a base to push for a return to the top flight. Jackett will not play foolhardy, attacking football, in the same way that the owners will not throw endless money and players at the club’s problems. Both must be trusted to deliver success on their own terms. I am as frustrated as anybody by Pompey’s slow start to the season, but three league games do not define a campaign, and certainly do not override the entirety of a manager’s career. The result against Coventry leaves Jackett with a point to prove, and he must now prove his credentials by overcoming this challenge.

But it is a test I expect him to pass with flying colours.