Jose Mourinho has announced that he is "not confident" of any deadline day signings despite previously reported interest in the defensive trio of Toby Alderweireld, Jerome Boateng and Harry Maguire. The Manchester United head coach announced this morning at a Sky Sports press conference that he doesn't expect any signings today.

Mourinho has spent a large portion of the summer complaining about the players he had available to him in the pre-season fixtures and it was expected that he would look to make more signings before the transfer deadline. However, he announced this morning that he doesn't believe any of the reported deals will happen.

"I'm not confident," said Mourinho. "The market closes today [Thursday] so there's time at least for me to stop thinking about it. I have to focus on the players that are available. We go with everything we have in that first match."

A host of players including Paul Pogba and Nemanja Matic are unlikely to feature in that opening fixture of the Premier League season against Leicester due to World Cup fatigue and injuries. Mourinho said he will have to wait until the international break before he has his ideal squad. 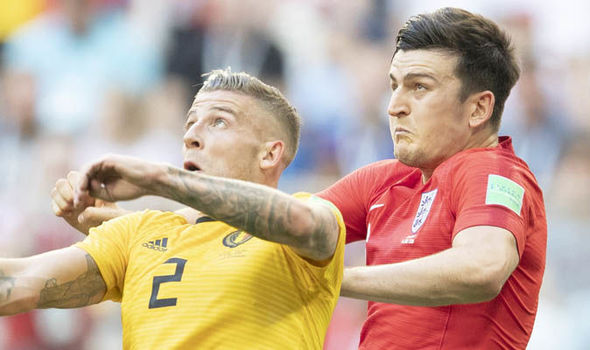 However, it is important to note that Mourinho is known for his media antics and could well be keeping quiet even if there are deals going on behind the scenes. Manchester United will almost definitely need an improved defence to challenge the likes of Manchester City and Liverpool for the title but it currently appears unlikely.

Manchester United fans, let us know your thoughts on Mourinho's comments and what your hopes are for the rest of Deadline Day? It may well be a tough season ahead for them if they fail to pick up a centre back with Chris Smalling and Phil Jones the likely candidates to partner injury prone, Eric Bailly.

Follow all our deadline day news at @AllOutFootball using #AOFDeadlineDay...