West Ham have singed 8 players so far this summer as new manager Manuel Pellegrini shapes the squad he wants for the upcoming season. The 8 singings come to a combined figure of almost £100 million and they look set to add another player to their summer spending spree report the Daily Star. 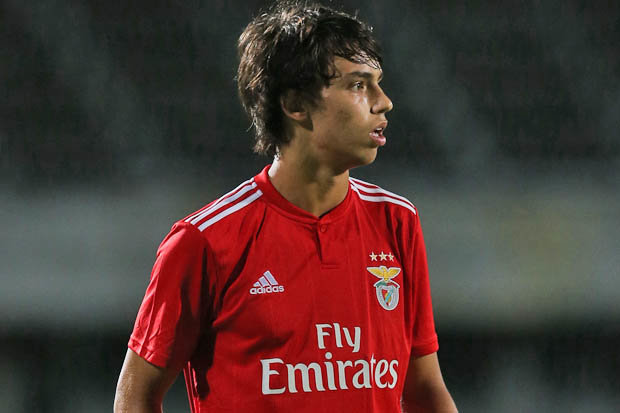 Benfica's attacking midfielder Joao Felix is on the verge of joining the London side. He has been tracked by Manchester United, Chelsea and Manchester City as the 18-year old starred in the Uefa youth league last season.

Sky Sports are reporting that the deal is on the verge of being completed and that West Ham will land one of the most promising youngsters in Europe. It is not known how much West Ham will pay Benfica for the 18-year old but reports suggest that both sides want to get the deal done and completed before Thursday's 5pm deadline with Felix keen on moving to London and playing in the Premier League.

It remains to be seen if the deal does go through how much playing time Felix will get with the competition for places very high at West Ham this season following 8 new arrivals. A place in the U23's looks likely for Felix so he has the chance to prove to Manuel Pellegrini that he is worthy of a place in the first team setup.

Manuel Lanzini is likely to miss most of the season after sustaining an injury before the World Cup. They will give Felix the chance to show what he can do and weather he has the chance to push his way into contention for a place in the first team.

West Ham fans would you like to see Felix at the London Stadium? Let us know by commenting below or tweeting us at @AllOutFootball using the hashtag #AOF