At 31 years old, Jamie Vardy has made the decision to call an end to his short-lived England international career and focus on club football with Leicester City. Vardy broke into the squad during Leicester City's unforgettable title-winning campaign in 2015/16 and has since retained his spot in the side. However, after failing to become a starter under either Roy Hodgson or Gareth Southgate, the Leicester striker has informed the latter of his decision to withdraw himself from possible selection as per the Daily Mail.

Reports indicate that the decision was made with a wide range of influencing factors. Vardy understands the upcoming batch of talent that has had success at an international level in youth competitions with the likes of Ryan Sessegnon, Callum Hudson-Odoi, and Jadon Sancho all looking to break into the England squad. He also recognises his age as a possible problem in Southgate's system and with his career slowly coming to an end, he is interested in spending more time with family and focusing on club-level football.

His withdrawal has not, however, completely ruled him out of selection and he has offered himself as a potential squad member in the unlikely scenario of an injury crisis.

Vardy, 31, made 26 caps for England scoring seven goals in the process and despite going to the 2016 European Championships and scoring against Wales, as well as featuring at the recent 2018 World Cup in Russia, he was never able to become a consistent starter. 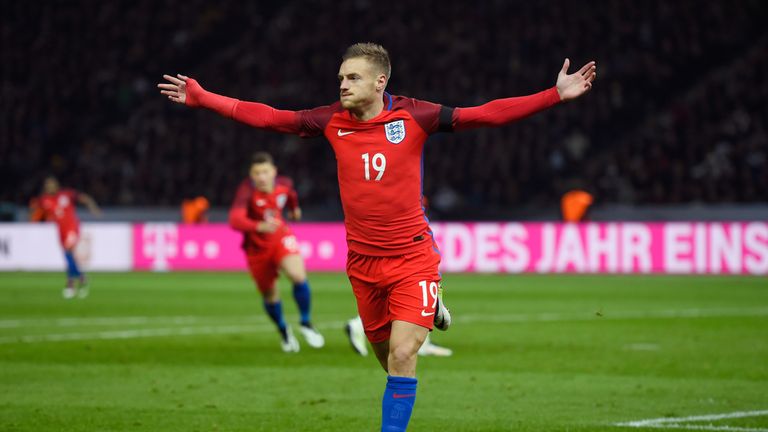 Many English fans have voiced their opinions in the past in regards to this and feel that together, Kane and Vardy could have formed a partnership up front. However, it does signal the start of an exciting time with young prospects set to break into the team in what will hopefully be England's next "Golden Generation".

This certainly isn't a decision that should come as a surprise and comes with both good and bad news. The departure of Jamie Vardy will leave England fans wondering what could have been but does make Southgate's ambitions for the youth clear to the fans. Let us know what your thoughts are and who you hope to be in the side to replace him. Tweet us @AllOutFootball_ using #AOF and share your views on Vardy's international retirement.