Is it a good idea to Appoint a Club Legend as Manager? 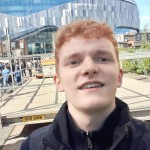 Is it realistic to expect a club legend to replicate their success on the pitch when they are in the dugout?

Recently, there seems to be a theme of Europe’s top clubs taking a gamble by handing their managerial reins to former club legends, hoping that they can emulate the success that they had there during their playing days. This is in spite of the availability of tried-and-tested alternatives on the managerial market.

For example, Solskjær’s only achievements as a manager prior to landing the top job at Old Trafford came in the Norwegian top flight, with Molde FK. His previous foray into English football was a dismal spell with Cardiff City that saw them relegated from the top division of English football. Lampard’s experience was even less significant, having reached the Championship play-off final in his sole season in charge of Derby County (albeit with Derby’s recent fortunes suggesting that Lampard actually did a rather good job).

Why then were they appointed? Are either of the pair likely to lead their team to Premier League glory? Here we take a look at some club legends who had success – and some who did not – when in charge of their former teams:

Heavily influenced by Johan Cruyff’s tika-taka football, Guardiola’s possession-based, pressing style of play completely revolutionised the modern game. His 6-second rule, in which he encouraged his players to win back the ball with a 6-second burst of high-intensity pressing, along with the positional demands he placed on his players, are just 2 examples of Guardiola’s innovative coaching techniques.

A World Cup winner with France, Zidane was one of the first Galácticos to join Real Madrid in the early 2000s. He went on to become the manager of Los Blancos, taking over the reins from Rafael Benítez in January 2016.

Like Guardiola, he returned as manager of the reserve team before he got the top job at the Santiago Bernabéu. His appointment proved rather successful; Zidane won an unprecedented three consecutive Champions League titles, before stepping away in the May of 2018. He has since returned to win a second La Liga title.

Kenny Dalglish first took charge of Liverpool in 1985 as a player-manager. The Reds won the league title in their first year under ‘King Kenny’ and would repeat this success in 1988 and again in 1990.

It was only recently that Jürgen Klopp surpassed Dalglish as the Liverpool manager with the highest win rate percentage in the club’s history.

It is perfectly understandable if you have done a double take just now. Yes, Dalglish makes this list twice. Unfortunately, in an ill-advised move, Dalglish returned as Liverpool manager some 20 years after his first spell at the club, hoping to replicate his past success.

It did not go as planned. With his second stint marred by the racism scandal involving Luis Suárez, Dalglish was unable to rekindle the league form that saw him go down in Liverpool folklore decades earlier. He was promptly sacked, just a year-and-a-half after his return to Anfield.

Granted, Thierry Henry is perhaps best-known for his spells at Arsenal and Barcelona, but the French striker first made his name at Monaco after breaking into the first-team in 1994.

In 2018 he returned there, on his first foray into the world of club management. Henry inherited a weak squad, soon blighted by injuries. However, failed transfers did not help his cause and he was sacked after just 3 months in charge, with his side languishing in the relegation zone.

Admittedly, Alan Shearer was only ever officially in temporary charge of his beloved Newcastle, while permanent manager Joe Kinnear recovered following health complications. However, his 8-game spell as manager went so poorly that he simply could not be left off of this list.

A paltry return of 5 points out of a possible 24 saw Newcastle relegated and the Premier League’s all-time record goalscorer has not returned to the dugout since.

How then will the Premier League duo of Lampard and Solskjær fare at their respective clubs? Only time will tell.

However, it is important to note that Solskjær was only initially appointed as caretaker manager, seen by many as a PR stunt to reinvigorate fans of the Red Devils by providing a more attractive style of football than they had become accustomed to under José Mourinho. He remains in the job over 2 years later. Lampard, meanwhile, was recently backed to the tune of £222 million in the latest summer transfer window.

I hope that you enjoyed this article ‘Is it a good idea to Appoint a Club Legend as Manager?’. Do you think that Lampard and Solskjær are destined for success or for failure? Let us know in the comments below!