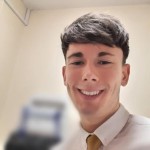 After an average pre season, Guiseley met newly promoted Ebbsfleet United on the opening day at Nethermoor. New signings Reece Thompson and John Rooney went straight into the starting squad and it was those men who earned a deserved raw for the Lions. A promising start was soon followed up by one point over a three match spell which included a 6 – 0 drubbing at Aldershot and Guiseley were straight back down into the bottom four, a position they are more than familiar with. A first win of the season was next after a scrappy 3 -2 against Torquay with ex-Leeds and Huddersfield striker Frank Mulhern netting in a goalmouth scramble. Two big games in three days were next with a local derby at Halifax up next. Just short of two hundred travelling Lions supporters made the journey to the MBi Shay Stadium to see an uninspiring performance, resulting in a loss. 48 hours later came Hartlepool, a side who were winless at the time. Pressure was on Adam Lockwood to get a result and he failed. A 1 – 0 defeat was enough to see him lose his job later that night and less than a month into the new season, the hunt for a new manager was on. Grade: D

September began left back Danny Lowe and goalkeeping coach Steve Dickinson taking temporary charge of the side down at Leyton Orient for a game that began with so much promise – Kayode Odejayi netting his first goal for the club – went downhill very quickly with four goals from the hosts without reply. Come Eastleigh at home on the Saturday however a new manager was in place. Recently departed from Barrow, Paul Cox was the man to replace Lockwood. He revealed he turned down offers from the Football League and abroad to take charge of the Lions and in time take them to the top four divisions of English football. His first game in charge resulted in 0-0 that really should have been 1-0 with Jake Lawlor missing an open net from six yards out. Belief was back at Nethermoor. Three consecutive draws followed this against Barrow, Wrexham and Dover but as was the case against Eastleigh, the Lions were so close the coming away with the three points, conceding six minutes into added time. The final match of the month was away at Maidenhead, where was the contest was dead and buried after five minutes, ultimately finishing 3 – 0 to the hosts. A disappointing end to a promising month. Still only one win though. Grade: C+

The first matchday of October produced three new signings in Mike Fondop, Andy Haworth and Lewis Freestone. Fondop made an instant impact scoring on his debut at home to Macclesfield and became a fans favourite in the process, however his efforts were in vain and Macclesfield ended up taking the three points. A trip to Maidstone followed three days later, finishing 1-1 as Mulhern rescued a point with the last kick of the game. A week later began the Lions Emirates F.A. Cup campaign at home to Shildon. After a dire first half Cox’s players woke up, scoring six goals in quick succession and comfortably putting themselves into the hat for the first round proper. Five days later a statement from the club was put out announcing Guiseley will be going full-time in order to achieve their goals for the future. A bold move to say the least. The Shildon result kick-started the season as four days later Guiseley put four past Solihull Moors in a relegation six pointer including a goal from loan signing Rowan Liburd. This was followed up by a point against an in-form Boreham Wood and away win at Woking where Fondop and Liburd proved to be the match winners, Guiseley were on the up, but could they carry this momentum into November and the F.A. Cup tie against Accrington? Grade: A-

November was a month full of ups and downs starting with a 0-0 against Accrington where goalkeepers Aaron Chapman and Jonny Maxted grabbed the headlines by making some unbelievable saves, taking the tie to a replay nine days later at the Wham Stadium. Four days later a trip to Garforth in the West Riding County Cup where Reece Thompson netted four goals, helping the side to a second 6-0 win of the season. Next came Bromley in the league where the Lions produced a valiant effort for ninety plus minutes with ten men, including two penalty saves by Maxted, only to be undone in second half added time and come away with nothing to show for their efforts. 1-0 Bromley it finished. Onto Accrington it was and after sixty minutes the League Two side were one goal to the good and one man to the good after Chris M’Boungou’s very soft red card, it looked a long away back. However a John Rooney penalty ten minutes from time took the tie to extra time and penalties until we got the point where Fondop had the chance to win the game and he took it. Guiseley win 4-3 on penalties and were through the second round for the first time. The draw on Monday night yielded Mansfield Town away but would that prove a distraction for upcoming games? The two matches that followed ended up in defeats against Dagenham and Redbridge and Sutton despite being 2-0 against the former. A disastrous month in the league but much success in the cup. Grade: C

December began with Mansfield in the F.A. Cup and to try and get as many supporters to the One Call stadium as possible, free travel was offered to everybody going. This free travel was taken up by just over 600 travelling fans and a great atmosphere was created from first minute to last. In terms of the game, a Danny Spencer hat trick and red cards to Darren Holden and Chris M’Boungou ended the dream for another year. 3-0 to Mansfield. A great run but attention really needed to turn to the league. Six days later the reverse fixture against Ebbsfleet United ended in an extremely disappointing 4-0 loss and National League status looked more and more in doubt by the game. After two postponements in a row due to a frozen pitch at Gateshead, the fixture pile up led to the Lions having to play two competitive fixtures on the same day. Gateshead away in the Buildabase F.A. Trophy and Tadcaster Albion away in the West Riding County Cup quarter finals. Both ended in 2-1 losses with Gateshead netting the winner in the 120th minute. Losing two games in one day, surely an unwanted first for the club. Next match was a home tie against Aldershot Town and it was de ja vu as Aldershot netted an equalizer with the last kick of the game. Where would Guiseley be if matches finished bang on ninety minutes? The answer is a lot better off. Heading into the festive period and the Boxing Day game brought an away tie at Chester. A real relegation six pointer. A screamer from Callum McFadzean and tap in from new loan signing James Roberts brought a much-needed 2 – 0 win. A first win in the league since the middle of October. As of writing the last fixture of 2017 at Tranmere Rovers hasn’t happened yet . Grade: D+

Since Paul Cox took charge at the end of August, he has brought in about 15 of his own players, one of which broke the club’s record transfer fee paid – Alex-Ray Harvey from Barrow for £20,000, took Guiseley further in the F.A. Cup than they have ever gone before and made the decision for the club to go full-time. It is fair to say he has been quick to make his mark, but will it be enough to keep the Lions up? Although results in months gone by haven’t been encouraging, good performances against Chester and Aldershot suggest this is a squad capable of greater things. Once players who are injured long-term such as James Wesolowski, Marcus Williams and Rob Atkinson return to the first team things will be looking a lot better. Now all knockout tournament matches are out-of-the-way, I believe Guiseley can really kick on now and get themselves out of trouble. Can they do it? Yes. Will they do it? It will be close. Grade: C-

Do you agree with these grades? Let us know in the comments below!