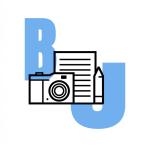 After what will go down in history as the most unique and unreal football season ever, the Premier League is almost finished for another year.

And we all know what that means next, the summer transfer window.

For some, this will see a whole flurry of signings, from huge overhauls to minor acquisitions; most teams will be dipping or diving into the market to help bolster their squads for the next campaign.

Have they already got the talent to compete for the title? Or do they need to spend?

Well prior to their smashing by Chelsea in the FA Cup semi-final yesterday, many would have been optimistic in their chances, thanks to the newfound form since the arrival of their midfield Portuguese powerhouse Bruno Fernandes.

Before their 3-1 loss to Chelsea, at an empty Wembley stadium, United were on a 19-game unbeaten run, including two wins against rivals Man City; a run of form which statistically places the Red Devils top of the Premier League since Bruno’s £47 million move to the Manchester outfit from Sporting Lisbon in January.

However, Ole Gunnar Solskjaer’s side came under much-warranted criticism yesterday after the manner in which they lost.

With two costly blunders from the Reds Spanish goalkeeper David De Gea, the once named ‘best in the world’, was once again at the centre of criticism. Frustrated United fans took to Twitter after the game, claiming United’s No1 is “finished” and “lost”, with many questioning his future at the club and begging for United’s English loaned out keeper, Dean Henderson to replace him.

Recording 13 clean sheets in the league this season to De Gea’s 12, along with 95 saves to the Spaniards 91, the 23-year-old Sheffield United keeper trumps De Gea statistically, supporting the fans claims that Henderson currently is a better keeper.

However, basing your ideology purely of the bases of statistics, then the Old Trafford based club would be better off purchasing Burnley’s Nick Pope or Leicester’s Kasper Schmeichel going of clean sheets, or even Newcastle’s Martin Dubravka going off saves.

So, should you really be basing a player’s calibre directly off of statistics or should you consider the performances as well?

No matter which you decide, United have a tough decision to make in the coming weeks regarding their goalkeeping situation, a decision which could ultimately have a major impact on how they perform in the coming years.

Focusing the attention away from the man in-between the sticks, United still look a few players shy of a title-winning squad.

But how big of an issue is this?

As explained already, the influence a single player can make is astronomical, with the addition of Bruno Fernandes catapulting United into the title discussion. Before Bruno’s arrival, the idea that Manchester United could seriously challenge for the Premier League title once again, probably didn’t cross many football realists’ minds. But here we are devoting an entire article to it…. how quickly times can change.

Gone are the days were fans believed United needed a whole new squad.

The Red Devils could easily compete for the 2020-2021 title with just a few fresh faces, just look at Bruno for evidence that that is true.

But what position or players do they need?

Last summer, Solskjaer spent around £127 million on his defence, with signings like Harry Maguire and Aaron Wan-Bissaka being brought to the club. And with only 35 goals being conceded so far this season with two games remaining and a total of 54 in the whole of the last campaign, it’s clear to see that mammoth improvements have been made in just 12 months.

But as highlighted in United’s lost yesterday, work is still required if they are to regain their ‘best in the world’ label.

Besides from maybe a change in goal, Manchester United would benefit hugely from a new center-back, to partner captain Harry Maguire.

The red side of Manchester have recorded a healthy 12 clean sheets so far this campaign, but that’s three less than both first-placed Liverpool and runners up Man city; along with conceding six goals more than the title winners.

These differences may be slim, but as proven yesterday, a leaky defence can cost trophies.

At the other end of the pitch, Manchester United seem to be scoring goals for fun at the moment with a total of 12 goals in their past four league games.

Striking duo Marcus Rashford and Anthony Martial have 22 goals each in all competitions this season, career bests for both.

Along with youth talent and rising star Mason Greenwood, scoring a very healthy 16 goals so far in his first proper season in the clubs first team.

But with only a combined total of 63 goals so far this season, a massive 30 less than that of The Citizens and 14 shy of Liverpool, the Red Devils still need more.

Furthermore, questions are still surrounding the youthful front three, about whether they can be relied on, with Greenwood only just breaking through and Martial being known for his inconsistency.

But as rumours continue to spread that United are poised to sign Dortmund’s English playmaker Jadon Sancho, can he provide the goals they are missing?

Only time will tell.