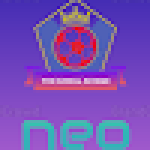 Everton before Ancelotti was struggling. Whilst their Merseyside rivals, Liverpool, had won all but one of their matches in the league and were on their way to a first league title in 30 years, Everton were slumping in the lower reaches of mid table. Their best bit of recent history was their Europa League qualification for the 2017/18 season, and that is all they’ve achieved in the last five years. Ancelotti arriving was something that we don’t generally hear; big managers taking over struggling clubs doesn’t happen. Ancelotti would have known that Everton were a work in progress, and he set about it in the right way. He couldn’t do too much, and Everton were considerably quiet in January. After that, though, Everton became a force.

When Marco Silva got sacked, Everton were in a relegation battle, the club was in pieces and everything was going wrong. They had the players, but something wasn’t right. To prove a point, Duncan Fergusson took over as interim manager and took them out of the bottom three, but it was when Ancelotti took over that things really got going. He took Everton to 12th, and whilst that was a good finish considering their position in January, work was still to be done.

The summer transfer window is perfect to fix your team up and, for a manager at a new club, they can bring in players that they know well to help bring the squad up to scratch. Everton still weren’t a big club, with no proper ambitions. That’s why eyebrows were raised when they managed to sign James Rodriguez from Real Madrid and Allan from Napoli, two players who, if it hadn’t been for Ancelotti, wouldn’t have looked twice at Everton. They, along with Watford’s Abdoulaye Doucoure and Ben Godfrey, have really improved the squad. Their defence has been tightened, whilst their attack is creating chances for fun. Dominic Calvert Lewin is really improving under “The Quiet One”, and James Rodriguez, when he plays, is a player revived. Can they make top 4? Only time will tell.