It was a great first weekend in the EFL last weekend as we saw the season kick off with a bang. This weekend of course see's the Premier League return after the close season and every championship club will be plotting as they aim to be in the big time come this time next year.

The Championship is the most competitive league and we have seen throughout the close season and yesterday on Deadline Day the amount of money that has been branded about in England's second tier shows that the gap from the Premier League to the Championship is narrowing each season ever so slightly.

After a great opening weekend that saw a number of comebacks and late goals we head into the second weekend of the EFL season here is a preview of all three leagues for this weekend.

The early league leaders are Middlesbrough as they were one of four teams in action on Tuesday night and after their late show at Millwall and their comfortable dispatching of Sheffield United they have four points on the board and lead the way. Birmingham City are the visitors to the Riverside on Saturday afternoon after they were denied victory on the opening day after Norwich pegged them back late on to snatch a draw. Teeside has not been a happy hunting ground for The Blues winning just once in their last 17 trips to the Riverside that win came in March 2013 courtesy of Nicola Zigic's 81st minute winner. 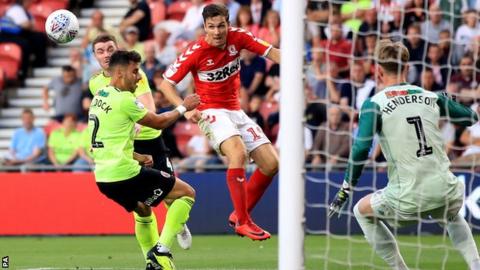 Rotherham returned to the Championship with a 5-1 defeat at Brentford last weekend which would surly have brought back memories from that disastrous 2016/17 season. Paul Warne beat his good friend Paul Hurst in the League One play-off final back in May and on Saturday he will take him on again as Ipswich visit the New York Stadium with both sides looking for their first win of the season. The most recent meeting of the two sides came in April 2017, The Millers won 1-0 on that occasion. Ipswich come into the game having faced another of the promoted sides last week scoring late on to earn a point against Blackburn.

Saturday's live televised game see's two managers who started life in the EFL with wins go up against each other. Marcelo Bielsa takes his Leeds side to Frank Lampard's Derby County. The hosts snatched all three point in stoppage time at Reading courtesy of a Tom Lawerence header, while Leeds comfortably brushed aside relegated Stoke. Leeds have only won one of their last 11 visits to Pride Park that being 2-1 win in August 2015 as Chris Wood struck late to hand then manager Uwe Rosler his first win in charge. 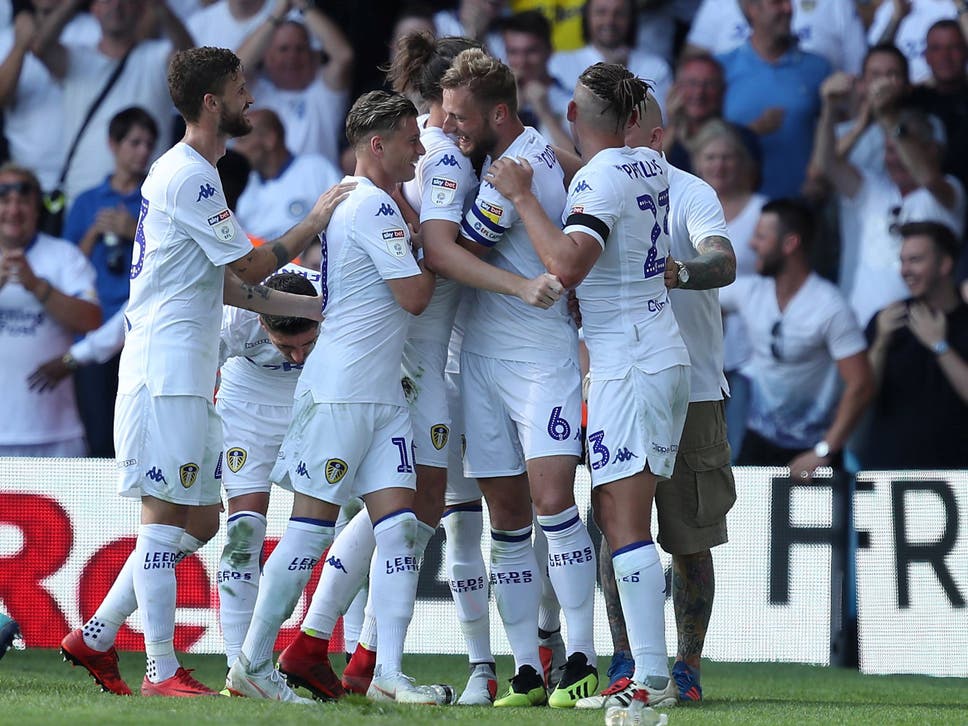 Astin Villa put a difficult summer behind them on Monday night by beating Hull 3-1 at the KCOM and face another of Steve Bruce's former clubs on Saturday as Wigan travel to Villa Park both looking to continue their perfect starts to the season. Wigan picked up all three points against Sheffield Wednesday last week but they have lost three of their last four games against Villa including a 4-1 defeat in the League Cup last season.

A Yorkshire derby takes place at Hillsborough as Sheffield Wednesday head to Hull, while their City rivals United who have lost both of their games so far head south to QPR who are also pointless. Chris Wilder's side have won three of the last four league meetings between the sides.

West Brom have played twice so far and are still winless after losing at home Bolton on the opening day and earning a point at the City Ground on Tuesday night, they travel to Norwich who scored a late equaliser at Birmingham to earn a point on the opening day. Swansea came from behind to win at Sheffield United last week they host Preston who beat QPR on Matchday 1. Gary Rowett started his reign at Stoke with defeat at Leeds last week they face another tricky tie with Brentford travelling north fresh from there 5-1 win against Rotherham. This will be the first meeting between the two sides since the Division Two play-off final on the 11th May 2002 which Stoke won 2-0.

Elsewhere new boys Blackburn host Millwall with both looking for their first wins of the season. Blackburn are unbeaten in their last five encounters with The Lions winning three. Reading will be looking to bounce back from their late defeat against Derby at big spending Nottingham Forest, while Bolton entertain Bristol City at the Macron.

Barnsley are the early pace setters in League One after they started life back in League One with a 4-0 win over Oxford on Matchday 1. The Tykes managed to keep hold of Tom Bradshaw in the transfer window and he will be on the team sheet again this weekend as they head to Bradford for a Yorkshire derby. Bradford were also winners on the opening day beating last seasons beaten play-off finalists Shrewsbury.

It will be a special day at Kenilworth Road as Luton will play their first home game in League One since 2008 when they lost 1-0 to Huddersfield which confirmed their relegation to League Two. Ten years later and after spells in League Two and the National League they are back and what a game to return to as relegated Sunderland travel south. They arrive on a high after beating Charlton in what was just their sixth win in their last 44 home games and just their 13th win in their last 85 league games.

Two Seasiders meet at Bloomfield Road where Blackpool host Portsmouth both sides are unbeaten so far. However, Blackpool are manageress after Gary Bowyer resigned this week after the 1-1 draw at Wycombe.

Three of the four promoted clubs head on their travels. Wycombe travel to Doncaster, Play-Off winners Coventry head to AFC Wimbledon who won at Fleetwood last week to spoil Joey Barton's bow as a manager and Accrington travel to Bristol Rovers with revenge in mind after they stopped Accrington from being promoted in 2015/16.

Both Rochdale and Peterborough were winners on the opening day by the same 2-1 scoreline and they meet clash at Scotland. Scunthorpe, beaten in the play-offs in the last two seasons won on the opening day they take on Walsall who also have a perfect record.

there are teams that are certain to get off the mark this weekend. Charlton play Shrewsbury at the Valley in a repeat of the Play-Off semi final both teams lost last week. The same applies to Oxford v Fleetwood and Plymouth v Southend.

Crewe lead the way in League Two after that stunning 6-0 win against Morecambe last week. They head to Wales this week to face Newport while Morecambe play in front of their own fans for the first time against Exeter.

MK Dons and Bury were both relegated last season and meet at Stadium;MK after both winning on the opening day. Paul Tisdale getting off to the perfect start as he begins a new era at MK Dons. Speaking of Forest Green they host Oldham who were relegated last season and lost their first game back at this level against the MK Dons. Port Vale were winners on the opening day and they head to Essex to face Colchester.

Stevenage travel to Crawley with both teams unbeaten after Matchday 1, Crawley winning 1-0 away at Cheltenham. Cambridge versus Notts County and Carlisle versus Northampton represent a chances for teams to claim there first three points of the season. Swindon, after that drama against Macclesfield last week head to Lincoln who were also winners on the opening day.