The EFL has is now at Matchday 5 and we are beginning to see the teams set the pace, below is a preview for all three divisions.

The Championship stretches across three days this weekend starting tonight with the Friday night clash at the Riverside between Middlesbrough who have won four straight games and the league top scorers West Brom who bagged seven against QPR last Saturday. Boro have won their last four in all competitions and conceded only two scoring ten. However, their defence comes up against the leagues top scorers in West Brom. This game has the potential for goals with both sides finding goals easy to come by, that game can be seen live on Sky Sports from 7.30 tonight.

Blackburn have been impressive at home not losing at Ewood Park since September of last year. They trailed 2-0 to Reading in the week but managed to earn a draw and keep that impressive record in tact. Ewood Park is one of the toughest places to go in the EFL. This weekend they welcome Brentford who have also made an unbeaten start to the season and were moments away from joining the clutch of sides at the top but Villa snatched a late point from the game. Brentford go into this game having lost their last three against the Lancashire outfit.

Leeds are the league leaders going into the weekend on goal difference alone they dropped points for the first time this season on Tuesday in a 2-2 draw with Swansea and they are on the road once again on Saturday as they travel to Carrow Road to face Norwich who won for the first time in midweek beating former manager Alex Neil.

Bolton, Aston Villa, Nottingham Forest and Swansea are all unbeaten and are all at home. Reading who have just one point so far go to Villa, Forest welcome Birmingham another game you can see live on Sky Sports on Saturday evening. Sheffield United head to Bolton while Bristol City make the short trip across the river to face Swansea.

Pointless QPR have conceded 10 goals in two games and they face another tough test at home to Wigan who are flying after beating Stoke 3-0 on Wednesday. Sheffield Wednesday won for the first time in mid-week they host Ipswich who are winless so far. Stoke have failed to hit the ground running under Gary Rowett they host Hull looking for their first win of the season.

The Sunday game see's Rotherham host Millwall that one is a 12.30pm kick off on Sunday afternoon.

There are two perfect records in the EFL and both are in League One. Peterborough, who seem to start every season the same way on fire. They travel down to Plymouth who are yet to win this season but there is a positive for Plymouth fans, they have won four of the last seven meetings between the two all by the same scoreline 2-1.

The other perfect record belongs to Kenny Jackett's Portsmouth who are also on the road this weekend. They travel to Yorkshire to take on Doncaster Rovers who themselves have made a good start currently sitting 7th in the table.

Like in the Championship there is only one team yet to register a point and that is Oxford United who have lost all four games so far and conceded 13 goals. They face another put of form side in Burton who have only won once since relegation from the Championship and Nigel Clough is beginning to come under pressure after a poor start. The good news for Burton is that they have won the three meetings of the sides.

Barnsley have made a stunning start to the season since relegation and are the only side in the whole of the EFL who are yet to concede a goal. However, they have just lost Tom Bradshaw. They travel to Scunthorpe who lost 5-0 at home to Fleetwood in the week in what proved to be Nick Daws's last game in charge of the Iron.

Sunderland and Walsall are the other sides in the league who are still yet to taste to defeat are both on their travels this weekend. Sunderland have a long journey south to London where they face AFC Wimbledon, while Walsall travel to Manchester to take on Rochdale.

Last seasons beaten play-off finalists Shrewsbury head to Luton looking for their first three points of the season. Wycombe are yet to win since promotion and they head to Bradford.

Paul Tisdale will come up against Exeter for the first time since his departure on Saturday as his MK Dons side welcome Exeter to stadium:mk. Tisdale was for a few days the longest serving manager in England after Arsene Wenger departed Arsenal but he lost that title after the League Two play-off final. Tisdale left the club after 12 years in charge to take the reigns at MK Dons and he has had a good start to life in charge with two wins and two draws. They sit two points off top spot which is held by Exeter. MK Dons are unbeaten in all previous meetings between the sides. 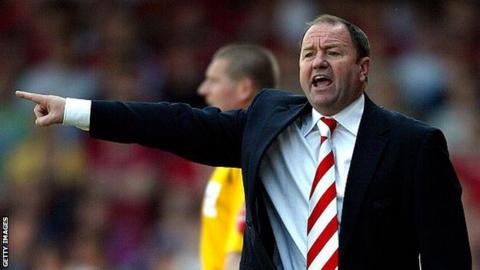 Colchester had a great result in mind-week thumping Crewe 6-0. Northampton are the visitors to the Community Stadium this weekend looking for a first win since relegation from League One last season. While Crewe look to restore some pride in Cumbria when they to Carlisle.  Macclesfield are also winless and they host unbeaten Mansfield.

Forest Green are unbeaten and they play host Swindon while fellow unbeaten side Stevenage travel south to take on Yeovil.

Do you agree with my predictions? If not let me know by commenting below or tweeting us at @AllOutFootball_ using the hashtag #AOF.