Something simply must be done about the irresponsible treatment of money in football. This has led to vastly inflated transfer prices, unsustainable business practices and a desire to continually bend the rules as clubs look to ‘buy success’. This is a concept that we can all get behind.

However, in a week when the footballing authorities had the opportunity to make a statement against financial malpractice by upholding Manchester City’s European ban, they have instead chosen to target Leagues One and Two with their measures.

The EFL is poised to impose a wage cap on clubs competing in the third and fourth tiers, possibly starting as early as next season, to ‘level the playing field’. This aims to stop owners achieving promotion by simply outspending their rivals. While making things fairer is an admirable sentiment, a closer look at the proposals make it clear that they would do the opposite. 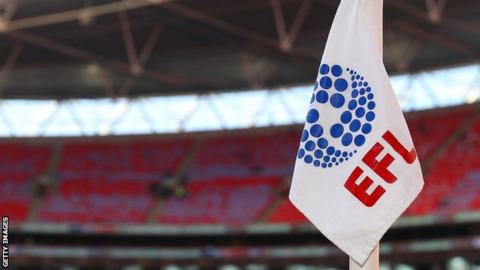 For starters, the double standards involved in targeting 48 lower league clubs with wage restrictions while overturning the punishment of Manchester City and their billionaire owners is laughable. Of course, I am well aware that UEFA and the EFL are entirely separate entities, yet one would hope to see some level of consistency across the sport.

The biggest clubs in the world have driven the ridiculous levels of inflation in the football market with their irresponsible spending, so it rankles somewhat that they seem to have been handed a free pass. Meanwhile lower league clubs who have been forced to up their spending in order to keep up are being given a slap on the wrists.

I would not be against some sort of spending regulation in theory as long as it applied to all clubs. The pyramid system we have in English football works only if different divisions are treated as parts of a whole, yet these proposals make a distinction between the top two levels and everybody else.

Moreover, the proposals could jeapordise the entire pyramid system by making promotion and relegation unworkable. The suggested salary cap of £2.5 million for League One and £1.25 million for League Two means that it would be very difficult for promoted sides to adjust to their new division without overhauling their squads.

Already we are seeing the gap between the Championship and League One widening, with two of the current bottom three in the second tier being newly promoted sides. This would only be exacerbated by the proposed wage caps as League One sides would need to try to bridge a gap of spending £2.5 million per year to an estimated £20 million when they are promoted.

Similarly, relegated sides would have an insurmountable advantage during the transition period in which they could continue to outspend their new rivals in order to escape the division.

As a general rule, salary caps only work in sports with closed conferences. The MLS’ franchise system has no promotion or relegation so a cap is viable. Meanwhile, the Rugby Union Premiership salary cap means that only a handful of second-tier sides strive for promotion, with the financial circumstances of many others forcing them to become semi-professional.

Quite simply, a salary cap which affects only certain divisions compromises the future of the game. However, even if an amended cap was introduced to every English division, the current structure would not make logistical sense.

It is exceedingly short-sighted for the EFL to propose an arbitrary figure at which to cap spending. This does not encourage responsible financial management as it assumes that every club is blessed with the same resources. This is not the case.

Sunderland and Accrington Stanley both play in League One, yet one has an average attendance of 30,000 and the other has less than ten percent of that. Sunderland saw 46,000 supporters attend a home match last season, yet Stanley’s terraces are sparsely populated. I’m no economist, but I very much doubt that those two clubs have comparable business models.

Any wage cap should factor in the different incomes that clubs receive. If Accrington spent £2.5 million per season on wages it would be unsustainable due to their limited means, but clubs such as Sunderland could comfortably spend far more without stretching themselves.

A functioning wage cap would need to regulate the percentage of a club’s income which could be spent on players’ salaries each season. This would truly reward sides which run themselves responsibly and sustainably, rather than hold them back alongside more limited rivals.

Whether or not this eventually happens, it is clear that the current proposals are not fit for purpose. If the cap is implemented - as it looks set to be - so much of what we value in the English game will be lost.

It would drastically reduce the frequency of cup giant-killings, tense relegation battles, and the ability of clubs to rise from the depths of the lower leagues all the way to the top tier. And that is not to mention other problems such as what the players themselves will think of having their wages capped.

The EFL’s proposals would make some playing fields a lot more level than others.