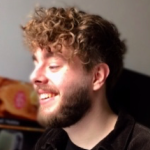 If you were to hear of an announcement regarding somebody named “Micky Mellon” coming out of Dundee, you’d be forgiven until recently for assuming The Beano or The Dandy were involved.

Of course, for Dundee United Football Club, a casualty of the abrupt end to the SPFL season was that of their manager, Robbie Neilson. The former full-back vacated his position with the Championship winners to return as the head coach of Heart of Midlothian – Daniel Stendel not continuing in that role following the Gorgie side’s relegation from the Premiership. Similar to Hearts, a team that found themselves relegated on account of the current abnormal global situation are the EFL’s Tranmere Rovers, who finished 21st placed in League One. Unusually for a team in such a position, their manager has remained not only revered by fans, but coveted by other teams.

The aforementioned Micky Mellon is the man who guided Tranmere to back-to-back promotions before their struggle in the English third division this year, three wins on the bounce leaving the Merseyside team just three points from safety before the season’s sudden conclusion. Mellon’s name is invariably linked with almost any opening in Scotland, but his credentials as a manager have finally been recognised by Dundee United, who are expected to announce today that he will be Robbie Neilson’s successor in a three-year deal. They might already have had a tracksuit prepared, having previously been given permission to speak to SFA Performance Director Malky Mackay. The Tannadice side also held ultimately unsuccessful talks with former England head coach Steve McClaren.

In the extremely unlikely event that the ongoing legal action brought forward by Hearts and Partick Thistle renders united a Championship club once more next season, they would be in good hands with Micky Mellon. Somewhat of a promotion specialist, he has achieved the feat not only twice in succession with Tranmere, but with Fleetwood and Shrewsbury Town as well – all three of the teams he has managed on a permanent basis. At Fleetwood, he can be credited for plucking a certain Jamie Vardy from relative obscurity at Halifax Town.

As a manager, Mellon has shown an understanding of how to get fans and players alike on board with his vision. Beyond boasting a decent track record with signings and proven aptitude in acquiring points, you can attribute to him a style of play that is direct, exciting, and, for teams that have occupied the lower echelons of English football, pleasant to watch. In Lawrence Shankland, Dundee United have a prolific striker who should complement Mellon’s system, potentially consolidating the 24 year old’s place in the Scotland National Team setup.

The proverbial elephant in the room, of course, is that Micky Mellon has until now spent the entirety of his playing and managerial career south of the border. The notion that a manager “doesn’t know the league” and is therefore doomed to fail is the kind of fallible cliche that may be irresistible to some pundits and former professionals, but it is perhaps a habitual underestimation of the ruthlessness of the Scottish Premiership that has seen the likes of Paul Heckingbottom and Mark Warburton fail to recreate promising managerial form shown down south.

Nevertheless, Dundee United are an ambitious club, and the recruitment of Mellon reflects this. Where a team simply looking to secure their position in the league may have turned to the list of the tried-and-tested veterans, they have appointed a manager who has spent most of his career thus far looking towards the top of the table. To build on an emphatic Championship campaign, the Terrors might allow themselves to have one eye on a top-6 finish in 2020/21, and whilst results will be telling, the prospective appointment of Micky Mellon is certainly in-line with these aspirations.