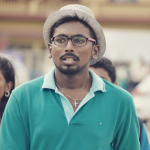 The ‘Makélélé Role’ as it’s famously called is perhaps one of the most important positions on a football pitch. As Zinedine Zidane once famously said “Why put another layer of gold paint on the Bentley when you are losing the entire engine?” when asked about the sale of Claude Makélélé to Chelsea, the defensive midfield role is the spine or the ‘engine’ of a football team. Over the past few years, the likes of Sergio Busquets, Carlos Casemiro, Ngolo Kante etc., have been the top echelon holding midfielders in the world while the recent years saw the emergence of players like Fabinho, Wilfred Ndidi, Thomas Partey etc. One such player who has really made a mark this season is the Swiss international Denis Zakaria who plays for the German top flight team Borussia Monchengladbach.

Zakaria, 23 is a versatile player who is comfortable playing both as a ‘destroyer’ as well as a box to box midfielder with the ability to carry the ball forward with ease. While the newly appointed Monchengladbach manager Marco Rose has used a number of different formations, the tactics mostly remained the same in building up the attacks from the back using short passes with Zakaria being one of the most important players in the system starting in almost every game. Rose has mostly used a back four playing Zakaria as either a lone defensive midfielder or the left part of a double pivot. However he has also played him as a middle man of a back three at times this season due to his excellent defensive abilities.

Zakaria started his career at Swiss Club Servette from where he moved to one of the Swiss giants BSC Young Boys. He enjoyed a fine spell at the club attracting interests from Red Bull Leipzig, Bayer Leverkusen, Manchester City and Southampton. In the national setup, then 19 year old uncapped Denis got the nod over veteran Swiss midfielder Gökhan İnler for a place in the squad for the Euro 2016 in France following his strong performances with Young Boys. However in 2017 it was Borussia Monchengladbach who won the race for his signature for a reported fee of €10 million. Denis was inspired by French midfielder Patrick Viera and his playing style is often compared to the Arsenal legend.

Standing over 6 ft tall Zakaria has been one of the best defensive players in the Bundesliga this season averaging 2.42 tackles and 1.74 interceptions per game. He has a tackle success rate of 72.04 % which is very solid for a player who switches to a box to box role at times. He is an aggressive player who is very strong on his challenge but most importantly times them to perfection. His ability to win 1 v 1 situations added to his pace and strength makes him a tough opponent to deal with. Zakaria has the acceleration to keep up with the opponent in the first few yards and has a great speed for a player of his size which helps defend against fast wingers or fullbacks. He has a great stamina due to his muscular physique which helps him win defensive duels against other players. Zakaria is one of those few midfielders who are both fast and physically strong with most players lacking one of those attributes while mastering the other. He uses his body to great effect for ball retention. Additionally, Zakaria also likes to move forward and play a part in the attack. He has scored and assisted twice this season which is a decent output for a player operating in the deeper areas of the field.  His off the ball intelligence is exceptional and always looks to progress the team forward especially in the buildup play. His dribbling ability along with his pace makes him a tough proposition to contain during counter attacks. He completed 1.81 dribbles per game this season in the Bundesliga with a success rate of 78.57 % and has the ability to drive through the midfield with his power and speed.

His areas of improvement include the aerial game. He is a poor player in that aspect and wins only about 46 % of his aerial duels. This is below average for a player of his size and physique. Another trait to work upon would the long balls with the Swiss hitting only 1.99 long balls per game which is inferior compared to other defensive midfielders. However, this stat doesn’t give the whole picture as Marco Rose’s system is focused on playing out from the back without hitting too many long balls. He manages 3.11 final third passes per game which is again ordinary when compared to other players in the similar position. He is a player who has the ability and caliber to be a world class holding midfielder with a few more improvements to his game.

However, his performances haven’t gone unnoticed with a number of clubs including Bayern Munich, Liverpool & Manchester United rumored to be interested in signing the Swiss international. The number of players competing for the holding midfielder role in the Bayern setup could limit his playing time and affect his development as a footballer if a transfer to the Bavarian club was to happen. Meanwhile Liverpool already had success with Fabinho playing in a similar role this season and it remains to be seen whether they would be ready to pay the asking price to secure the services of the 23-year-old. Manchester United’s defensive midfield options remain limited in Nemanja Matic. Although Scott McTominay has been mostly deployed for that role by manager Ole Gunnar Solskjær, his natural position lies elsewhere. Hence a move to Manchester United would look good on paper for the player who thrives in counter attacking setups, but it should be waited upon to find out whether that’s a priority signing for the manager and the club. The ongoing coronavirus pandemic would limit most clubs from spending big money this summer with Zakaria’s asking price of over £44 million proving to be a potential barrier for a summer move. His current contract which runs down in 2022 could see him leave for a lower price next summer if he was to refuse a contract extension at the Monchengladbach based club. This will give him another year to continue his development under Marco Rose and get his name placed amongst the elites before making a high-profile move.