Tonight, Liverpool will travel down south to London where they'll take on Crystal Palace at Selhurst Park. A ground where almost all Premier League teams struggle, even the best. It was one of only six places last year where Premier League Champions, Manchester City dropped points. Liverpool, who were top of the Premier League table after their first game, will look to reclaim that spot but will need to score four goals at the very minimum to achieve that.

Liverpool fielded a very strong lineup on the opening day of the Premier League season with new signings Naby Keita and Alisson Becker impressing as well as Xherdan Shaqiri off the bench. Loris Karius was back on the bench and Jordan Henderson came on to make his return to first-team action following an impressive World Cup campaign. Fabinho missed out on his debut with a slight muscle injury but might feature in London tonight. A similar lineup can be expected tonight with the only probably changes occurring in midfield. I predict the lineup to be as follows: 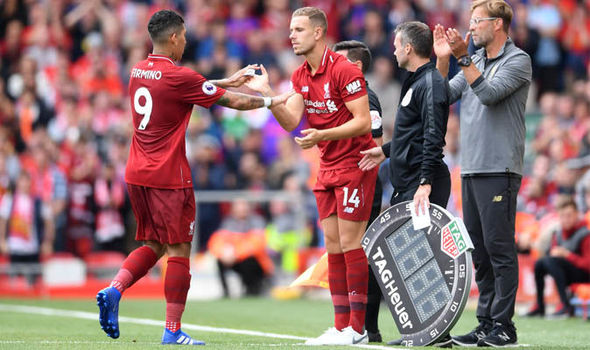 Crystal Palace comfortably beat London rivals, Fulham on the opening day of the Premier League season with Schlupp and Zaha getting the goals in a 2-0 victory. All 11 starters were at the club last season while Cheikhou Kouyate came off the bench for his debut. Benteke partnered up front with Zaha while Wan-Bisaka kept his position at right-back and continued his form from last season. Their lineup will also be similar with the singular change of Kouyate coming in for McArthur looking likely. I predict the lineup to be as follows:

Alisson was rather unchallenged against West Ham making just two comfortable saves. His distribution was excellent with 93% pass accuracy but I expect him to be brought into action much more against Palace and especially away from Anfield. Arnautovic didn't threaten at all so if Zaha and Benteke can test him, we'll what he's all about. Alexander-Arnold won't have it easy and struggled last year against Zaha but he's now much wiser and with the help of Van Dijk who is likely to be assigned to Zaha, he may be able to neutralise the threat. Gomez and Van Dijk will try to keep Benteke at bay while Robertson will come up against Townsend. Neither of them have massively contributed to goals and the Liverpool backline has been in great form recently so should look to continue that against the three main attacking threats.

In midfield, Henderson will come back into the squad and replace Georginio Wijnaldum who excelled in the No. 6 role against West Ham. The Liverpool captain will try to control the tempo and also assist in containing the attacking threat down the wings from Crystal Palace forwards and overlapping full-backs. James Milner and Naby Keita will partner again and they were unstoppable against West Ham. Against two of either Milivojevic, Kouyate or McArthur, I expect them to be have a physical battle. Naby Keita will be dangerous from midfield and may force the two Palace midfielders to sit very deep. Schlupp and Townsend will try to make the most of space out wide and will be bombarding crosses into Benteke or slipping balls through for Zaha to chase. Liverpool's attack will, like always, be the main threat for the opposition. Sakho and Tomkins aren't the quickest of defenders and will, therefore, need the help of their full-backs to control Mane and Salah out wide. Firmino will attempt to drop deep, drawing a central defender and central midfielder towards him opening up the channels for Salah and Mane to run in behind. If Wan-Bisaka and Van Aanholt do decide to get forward, they must be very disciplined in getting back otherwise Liverpool will punish them.

While on paper, Liverpool have the better side, Palace are a team notorious for making games difficult especially in these circumstances. First, how will Roy Hodgson attempt to stop Liverpool's dynamite attacking trio? Mane and Salah enjoy lots of space in behind which is gifted from the work of Roberto Firmino. The Liverpool number nine holds up possession as a false nine forward and then plays it back to either Milner or Keita who can then play it through for one of the wingers. This space only appears when Firmino draws out a defender. Therefore, Hodgson must ensure that it is his two central midfielders that are taking control of Firmino, rather than his central defenders who must sit as deep as possible. Wan-Bisaka and Van Aanholt will be given little license to attack and will be forced to sit deep in a strong defensive line. Liverpool have won at Selhurst Park on their last five visits but that hasn't come easy, they'll have to work for it.

Jurgen Klopp will expect this from Palace and therefore will probably use Naby Keita as his most important player in this match. Salah and Mane will occupy all four defenders while Firmino will try to draw players to him to create space. These players, as mentioned before, will probably be Milivojevic and Kouaye/McArthur. This means that James Milner and Naby Keita will have lots of space in the midfield to drive forward and draw defenders towards them, ultimately giving way for Salah or Mane in behind. Hodgson will ensure that Schlupp and Townsend come inside to prevent this and will close off any route to goal leaving Liverpool's full-backs with space out wide to get forward. Last season, Palace tried a similar tactic and although they went 1-0 up, Liverpool fought back and won 2-1 thanks to goals from Mane and Salah. Both of these goals came from Robertson and Alexander-Arnold getting forward and using the space to put balls across the box for Mane, Salah, and Firmino.

Liverpool will enjoy most of the possession but when Crystal Palace do try to attack, the Reds will need to be organised defensively. Mane and Salah are very disciplined and should drop back to form a 4-5-1 system in defence. Those two will take care of Townsend and Schlupp and help their full-backs if Van Aanholt or Wan-Bisaka goes forward. Milner, Henderson and Keita will then look to shut off all the passing lanes and stay tight on McArthur and Milivojevic. Henderson will be free to pressure the ball and force a mistake while Van Dijk and Gomez will require full-back assistance for the Palace forwards. 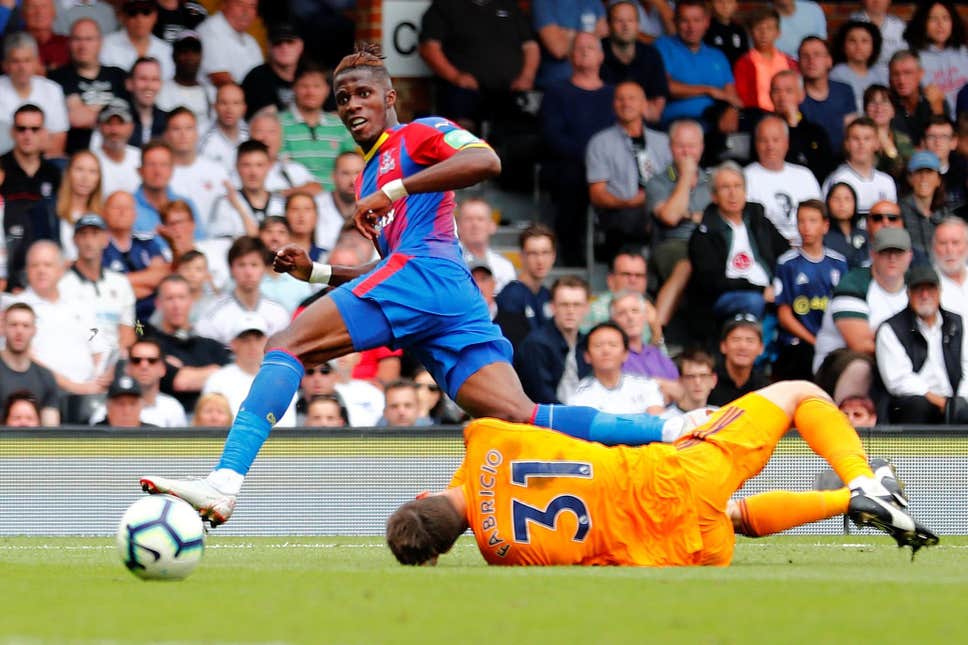 I predict this to be an entertaining game with at least three goals. Liverpool are favourites for the win and with the way they played against West Ham, they'll be confident in getting a result tonight. Palace will have a point to prove and with a good squad, will no longer have their sights set on Premier League survival but rather more ambitious targets such as European football. They have a good chance of getting the 7th Premier League finish and the 3rd English spot in next year's Europa League but it won't come easy. These are the games they need results in if they are to challenge the likes of Everton, Leicester and Burnley for that spot.

Liverpool and Crystal Palace fans, let us know your thoughts on tonight's fixture and what you expect to happen at Selhurst Park. Tweet us @AllOutFootball_ using #AOF #CRYLIV with your thoughts on the game and if my prediction will be right.