Finally, after many years out in the cold Blackpool fans returned to Bloomfield Road for an opening home game with Bristol Rovers.

With the repulsive Oyston family gone from the club, new owner and local Blackpool fan Simon Sadler brought with him a sense of renewed optimism and more importantly, community, back to the Seasider’s supporters. While it is true that the Oystons had gone before the end of last season, there did still seem to be some kind of hangover around the place, and while the atmosphere improved greatly, the football did not. What followed was the resignation of Terry McPhillips who quite honourably admitted he was not cut out for the job and allowed a massive rebuild to take place in the summer.

The summer for the club has proved that Sadler perhaps is the real deal, and something that the fans could only dream of. Investment in the infamous underdeveloped training ground and shocking pitch, giving out 2/3-year deals instead of 1 year rolling contracts were just some of the little things to change. More importantly, investment in players has also been a strange feeling for the Seasiders, with substantial fees being paid out for strikers Ryan Hardie and Joe Nuttall, with the ambitious free transfer of former Palace winger Sullay Kaikai also raising some eyebrows. Sadler also seems to have got it right replacing Terry McPhillips, with League One promotion mastermind Simon Grayson returning to the dugout, while some fans may have been underwhelmed with the appointment at first, his record does speak for itself – with 4 promotions from League One, the most a manager has made. If he makes that 5 at the end of this season, I’m sure his stint at Preston North End will be forgiven. Grayson certainly did not inherit that bad of a squad either, while the squad appeared to lack quality and depth, a respectable 10th place finish and the joint 6th best defensive record showed that there clearly was something to work with. With 10 new signings made as well, Blackpool fans may finally have some excitement back at Bloomfield Road, and a squad certainly capable of producing some shocks against the big boys this season.

The game itself was quite comfortable for the seasiders, after an early chance for the visitors hit the post, they seemed to spring into life, eventually winning 2-0. New signing James Husband, the replacement for left back Marc Bola (who departed for Middlesbrough and was Blackpool’s Player of the Season last year) had most of the ball for the first half and looked fairly comfortable. Goalkeeper Jak Alnwick, again making his first start for the seasiders, looked commanding and dominated everything in the air. Captain Jay Spearing confidently controlled the play, scoring the opening goal from the penalty spot. He was also instrumental in helping the team transition quickly from defence to attack throughout the game. He also helped set up the second goal for Armand Guanduillet, who was exceptional – winning everything in the air including a great header from a Spearing cross. Winger Liam Feeney felt like a new signing to the tangerines, he had a difficult end to last season and struggled for form, however on Saturday he was turning his full back all game and continued to whip in crosses throughout the afternoon. The highly rated Joe Nuttall came on for the last 15 minutes and looked lively, the striker who has been tipped for a high scoring season is certainly the marque signing everyone hoped for and prompted the chant ‘feed the nut and he will score’ to start from the North stand. Man of the Match however was the fantastic Sullay Kaikai, who’s mix of pace, trickery and strength is something which Blackpool has lacked for a few years now, both the team and the fans. Since Tom Ince departed the club, they have missed someone who just runs and defenders and makes things happen – Kaikai seems to be that player and will definitely be the star man for Blackpool FC this season. 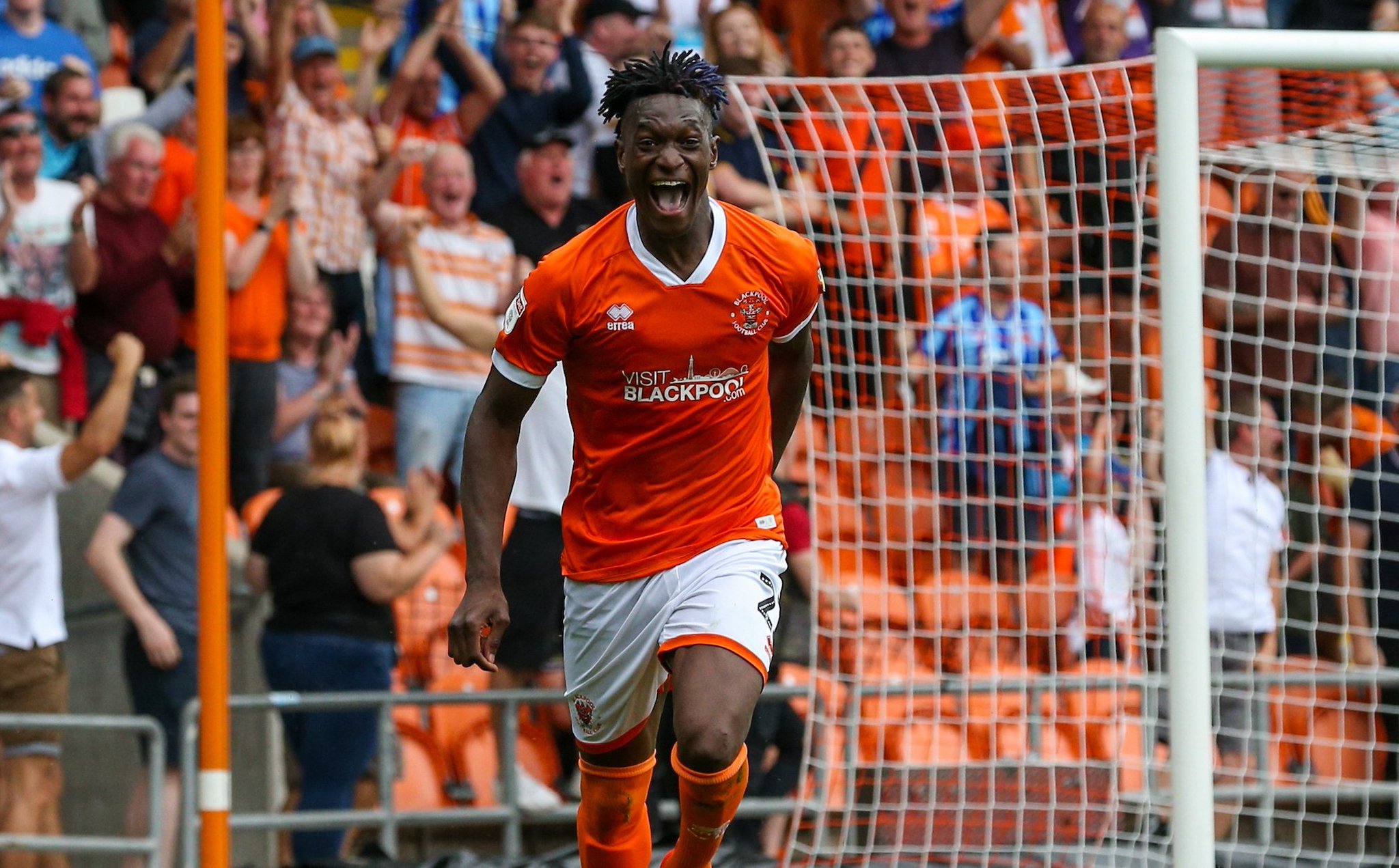 The phrase ‘Carnival atmosphere’ has become overused in Football, but it perfectly describes the atmosphere at Bloomfield Road on Saturday. Almost 12,000 fans finally felt like they had got their club back, and boy were they going to let everyone know about it. New owner Simon Sadler was in attendance, with the chants ‘One Simon Sadler’ and ‘Simon Sadler, He’s one of our own’ being echoed all through the ground throughout the game. They were met by waving and clapping  from Sadler who was clearly loving the occasion and limelight as well. Saturday perhaps marked the beginning of a long and happy relationship between Blackpool fans and their owner for the first time in a long time. The good times at Bloomfield Road appear to be well and truly back for those patient and dedicated Seasiders.

Who is everyone’s pick for promotion from League One for this season? Do you think that Blackpool FC could be the dark horse of the League? Let me know in the comments section below!