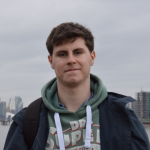 Northampton Town produced an incredible comeback to beat Cheltenham Town and make it to the League Two play-off final. A two-goal advantage for Cheltenham was cancelled out by goals from Vadaine Oliver and a double from Callum Morton.

The words I’m writing now do hurt as a Cheltenham supporter for the past fourteen years but one game will never define what has been a brilliant season.

Painful as they are, here are my five talking points.

Full credit to Keith Curle and his players. The first goal was always going to be key and Northampton couldn’t have timed it better. Nicky Adams delivered the perfect cross for Vadaine Oliver who won near enough every header. Oliver, West Brom loanee Callum Morton indeed all of the starting XI dominated the game.

36-year-old Alan McCormack bossed the midfield and the second goal came from a set piece, which has been a strength for Northampton this season. Despite Cheltenham taking a two-goal advantage, I have to say that Northampton were the better side across the two legs. Creating more chances, having a never say die attitude, nothing is impossible in football and Northampton epitomised belief and determination by taking the game to Cheltenham. Aerial bombardment in the first leg didn’t quite work out thanks to Cheltenham’s defence but it was totally different this time around.

An extraordinary night for Northampton Town who will play Exeter City in the final. Best of luck to both and may the best team win at Wembley.

Where to start with Cheltenham?

What a difference a game and an entire season makes. How you can go from being solid defensively across the season and in the first leg to being defensively shocking in the second leg. The simple answer is not turning up.

36 games played during the season and not once have Cheltenham fans seen a defeat with more than one goal conceded. The best defence in League Two they’ll remain but in the end they’ve got nothing to show for it. That was not the Cheltenham Town of 2019-20 I know that hasn’t had many off days and I felt for Owen Evans who was phenomenal in the first leg but couldn’t do much to prevent all three goals.

The first goal was important and it was a dreadful start to the game with a decent cross for Vadaine Oliver to head in. The second was unlucky with the ball coming off Sean Long’s head and then Callum Morton’s. By then the heads will have certainly dropped and the third was a dreadful watch. Will Boyle didn’t deal with the clearance, the defence was battered by Northampton’s front pair and no time was given on the ball, which is where Keith Curle and Northampton deserve praise.

On the biggest of occasions, I’m afraid to say that the Robins didn’t turn up. No lack of effort, it’s just disappointment that it had to happen in a play-off semi-final.

Utter devastation after almost exactly a year’s hard work for Cheltenham Town, who this time last year were back in for pre-season training (@twmpix) #ctfc pic.twitter.com/fowGArFQNl

A managerial lesson for Michael Duff?

With Alfie May starting you’d hope to see him try and catch Northampton on the counter-attack but sadly that didn’t happen. He certainly provided a little spark with a few half-chances in the second half but apart from that nothing to shout about. Jonte Smith did create the second goal in the first leg but in the second leg I barely noticed he was on the pitch.

Reuben Reid came on at half time but service to him was poor, Jake Doyle-Hayes looked absent, Alex Addai tried but was kept quiet by the Northampton defence, Max Sheaf was left out and to be fair to Ryan Broom he did produce a good effort at goal before half time.

Michael Duff will have learnt a lot from the game. Could he have stuck with the same XI from the first leg? It’s a question that we’ll be asking when looking back on the biggest moment of the season. Changing it to try and get the first goal and kill the game didn’t work but at least he tried. Take nothing away from Michael Duff, he’s been superb this season.

A remarkable season regardless of the result

Throwing a two-goal led and entering the history books for all the wrong reasons as the first team in League Two history to win the first leg away tie by two goals or more and fail to make the final. Of course, it hurts and it is disappointing but let’s not forget the season.

It would be easy for me to be overly critical of the Robins but as I’ve written in my previous posts, a fan since the age of ten, you live through the good times and the bad times.

36 games played, only six defeats, best goal difference and a fourth placed finish. It’s been a monumental effort by Michael Duff to get this far and it’s not to shabby for a manager who’s only been in the job for under two years.

What this season has produced is enjoyment for the community. Every matchday and every memory across the season has been worth it.

Credit must go to the players who’ve been worthy to wear the shirt this season and I thought Ben Tozer symbolised the team’s commitment when the third goal went in. No nonsense he picked up the ball, got on to try and get back in the game – they’ve all put in an immense effort to try and earn promotion to League One.

I can argue that it has been a pleasure to watch the Robins this season and on the biggest stage it sadly wasn’t meant to be. It is disappointing not knowing how the season would’ve finished had coronavirus not axed the season early but that’s just how it is.

One night and one game to unfortunately devastate a year of hard work. That’s football.

Looking ahead to a new season

Mike Jackson given the boot