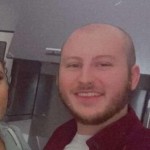 After almost sixteen years at the helm of Chelsea Football Club, Roman Abramovich is now looking to sell the club.

Bought for a mere £140 million in 2003, the Russian oil-tycoon has set the buying price of his West London empire at a lofty £2.5 billion. It’s the kind of capital that gets dished about on a governmental level, but in this new era of football, a £2.5 billion price tag will raise but a few eyebrows.

His tenure, it’s fair to say, has been an admirable one – fifteen pieces of silverware have been added to Chelsea’s once desolate trophy cabinet during Abramovich’s reign. But he, and a growing number of Chelsea fans, feel that the time has come to move on.

But moving onwards and upwards has been made a damn sight harder, with the quality of English Football being at an all-time high. Manchester City and Liverpool are fronting le revolution, whilst Chelsea have slipped solemnly down the pecking order of the Premier League’s ‘big six’, falling behind London rivals Arsenal and Tottenham.

So something anew is a necessity for the Blues, and it looks as though another billionaire is set to take the reigns from the Russian.

Sir Jim Ratcliffe, founder of the petrochemicals business Ineos, and recent owner of cycling’s Team Sky, is the leading candidate to fill the £2.5 billion asking price to buy Chelsea. A boyhood Manchester United fan and current Chelsea season-ticket holder, Ratcliffe built his own empire from scratch, and like Abramovich, has also been a figure of controversy, with his pro-Brexit front, and Monaco residency which he himself said will save him in the region of £4 billion in taxes.

Ratcliffe’s self-made wealth is strong enough to buy Chelsea from Abramovich nine times over, but his footballing pedigree is somewhat pending. He bought a majority chunk of Swiss outfit FC Lausanne-Sport in November 2017 (where he resided due to the Nation’s lax taxing infrastructure), but unfortunately condemned them to relegation the same season.

Should he fill the big boots of Abramovich’s in time for the next season, or even before that, Ratcliffe will be fronted with the pressing issue of Maurizio Sarri, and whether or not to stick with the contested Italian for the 2019/20 campaign.

Sarri and his namesake style of play migrated to the Premier League in the summer, and in the first instances seemed to adapt well. But things quickly turned green and since then, his job has seemingly been dangling by the thread of each passing fixture. But a valiant effort in the Carabao Cup final against City regained some esteem, and so too has the likelihood of a Europa League final against Sarri’s former employers Napoli.

The Europa League has been as a serene getaway from the anxiety of the Premier League for Sarri and Chelsea, who face Slavia Prague in the quarter-finals next month. It’s presented the likes of Callum Hudson-Odoi, and the tournaments leading scorer Olivier Giroud with opportunities to showcase their talents under the watchful eye of Sarri.

The Blues won the competition back in 2013 under then-interim boss Rafa Benitez, and are the bookies’ favourites to lift it once again in this year’s Azerbaijan final. But with fourth place likely to be fought out between Arsenal and United, the Europa League now carries with it an inordinate sense of necessity if Sarri is to remain in the Chelsea hot seat next season.

As it has been for much of what now seems, the latter stages of Abramovich’s reign, things at Chelsea are up in the proverbial air. Fans are actively showing their dismay toward Sarriball, their stadium expansion plans have been put on hold, and the club are further distancing themselves from the Premier League’s top four.

The manager can only take so much of the blame for the current state of affairs, which have been in the making for longer than his spell in London spans. But with a new billionaire pheonix rising from the ashes, it could stem the start of a new, more civilised way of operating at Chelsea, and could yet see Sarri bed his name, and his ball, into Chelsea folklore.

Jul 3, 2020 Lewis Pangratiou
We use cookies to ensure that we give you the best experience on our website. If you continue to use this site we will assume that you are happy with it.Ok