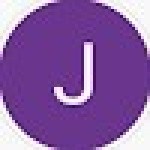 The 2018/19 season will likely prove to be an interesting one for York with a new stadium on the horizon and promotion a must, however it will be a very difficult task. The National League North is much stronger this season with there being around 12 teams who could think they have a shot at getting into the playoffs, with York certainly being one of those hopeful to finish top of the league and gain automatic promotion. It’s their second season at this level following back-to-back relagations from league 2, so the fans are desperate to see their club getting back into the National League next season.

There is reason to be excited as a York fan this year, mainly because of the strong signings that have been made. After a mass squad exodus at the end of last season with a large proportion of the squad being released after a disappointing season, they have strengthened all over the pitch. The midfield and attack were improved by signing Gateshead quartet Wes York, Macaulay Langstaff, Jordan Burrow, and former York midfielder Russell Penn, who were joined by Joe Tait, Kallum Griffiths and Tom Allan to shore up the defence.

However, one main problem still remains at York City ; they’re incredibly inconsistent. The team seems incapable of stringing together a run of consecutive victories, and with the team currently sitting in 8th place after four games which included an embarrassing home defeat to Alfreton, it’s clear there’s still a huge problem in the club. One staple of poor York performances since Martin Gray has been in charge is that when they go down and stay behind for a long period of the game, the players seem to run out of ideas and resort to bringing on Veteran striker Jon Parkin and playing continuous long balls up to him and hope it works. They need to be able to stay calm under pressure, there’s a squad with much better quality than most of the rest of the division but whenever they do get three or four wins in a row, they seem to get complacent and assume that they’ll rock up against any team and easily beat them. But this season there’s so many good teams in the league, including the likes of Stockport, Southport, Darlington, Kidderminster and Boston just to name a few, so if they want to gain promotion this year, then it is vital that the team improve, make Bootham Crescent are fortress, and be careful against complacency if the minstermen want any hope of moving into the new ground in a higher league, and if they want to give Bootham Crescent the sendoff that the historic ground deserves.